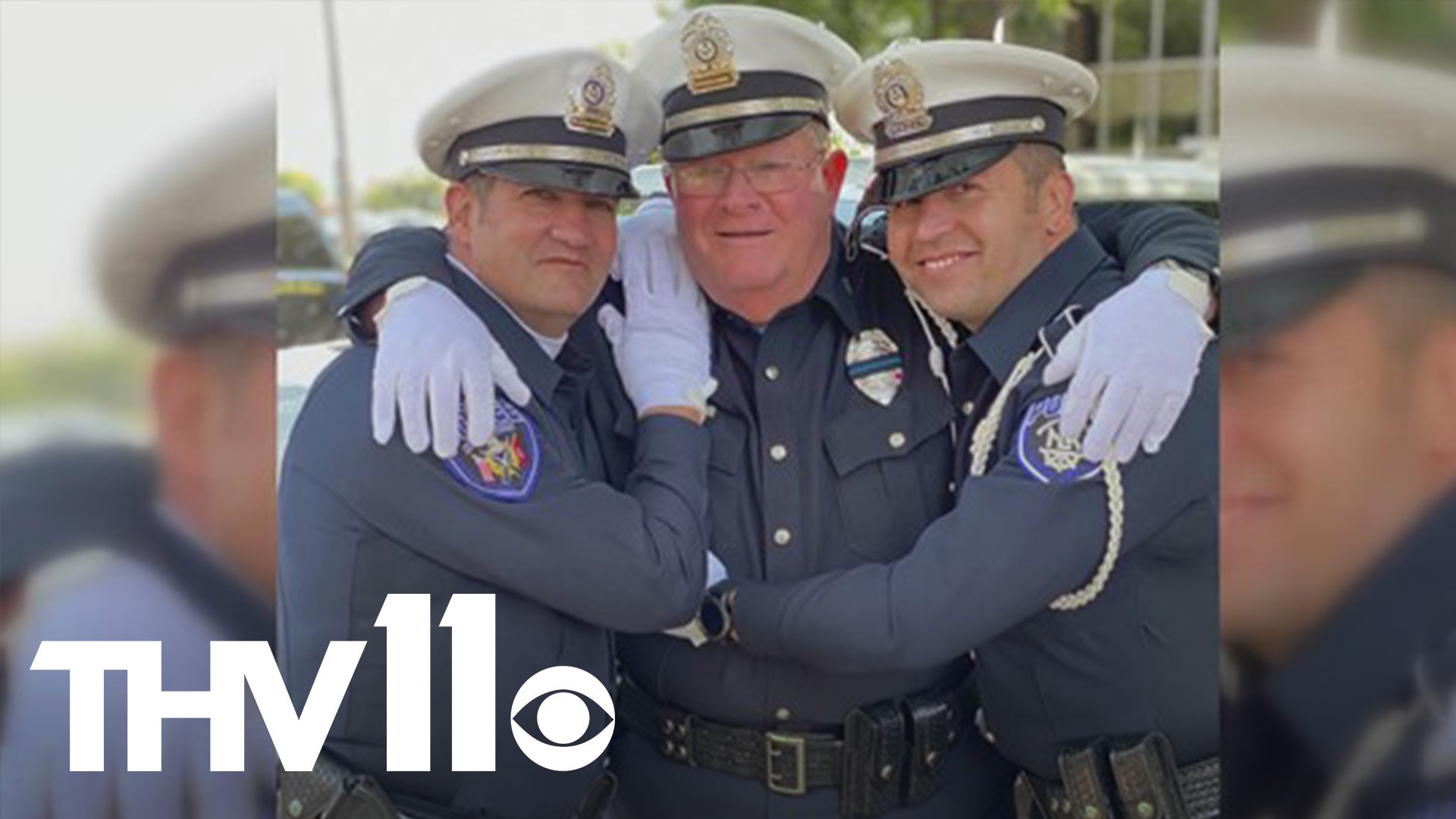 NORTH LITTLE ROCK, Ark. — A longtime police sergeant within the North Little Rock Police Department died from COVID-19 Wednesday, becoming the first officer in the line of duty in Arkansas to die from the virus.

Sgt. J.L. “Buck” Dancy tested positive for the virus three weeks ago and died Wednesday morning at the hospital. His daughter Rebekah said he contracted it from other officers while on the job.

Rebekah said he loved nothing more than serving his community. The 62-year-old held many positions within the department, but spent the majority of his 35-year career as a detective and supervisor for the homicide division.

Lt. Brian Dedrick has called Dancy a friend for 25 of those years.

"People loved him more than any officer, sergeant, detective that I can think of. He was that kind," Dedrick said. "The compassion that he had -- that's what made him so good at what he did."

Kindness that made a difference in his role with NLRPD.

"I've had so many people reach out and say 'I lost a loved one so tragically due to a violent crime and Sgt. Dancy was there for me.' He really cared about his victims and their families and he just made an impact on so many people," Rebekah said.

Rebekah said she is incredibly fortunate to have a father like him.

"Life is short and tell your family that you love them because whether we are going through this virus or not, they can be taken so quickly. Don't take situations or people for granted," she said.

Tracy Roulston, chief of police, said Sgt. Dancy was "the rock" of that unit.

"He helped young Detectives become seasoned professionals," he said. "However, I think his best attribute was his ability to lean on his faith and help the families of victims of violent crimes. He has affected so many people. We are all still in shock.”

Chief Roulston said he worked with “Buck” his entire career.

"He was a great friend that you could always depend on," he said. "One of things that stands out to me the most was his ability to be a ‘father-figure’ to the younger Officers. Sgt. Dancy always made it known that anyone could go to him and talk about anything."

On Thursday, Governor Hutchinson signed a proclamation stating that Sergeant Dancy died in the line of duty.

The NLRPD said they have lost a great man who truly exemplified the meaning of being a servant, not only to the community but mostly to his family and his God.

#Arkansas lost a good lawman and friend with the passing of Sgt. JL "Buck" Dancy.

Since 1985, Sgt. Dancy served with @NLRPD and was a "father-figure" to many young officers. He will be sorely missed!