Poll: 1 in 5 in US lost someone close in pandemic

The poll learned that the public's worry about the virus is dropping even as people still in mourning express frustration at the continued struggle to stay safe. 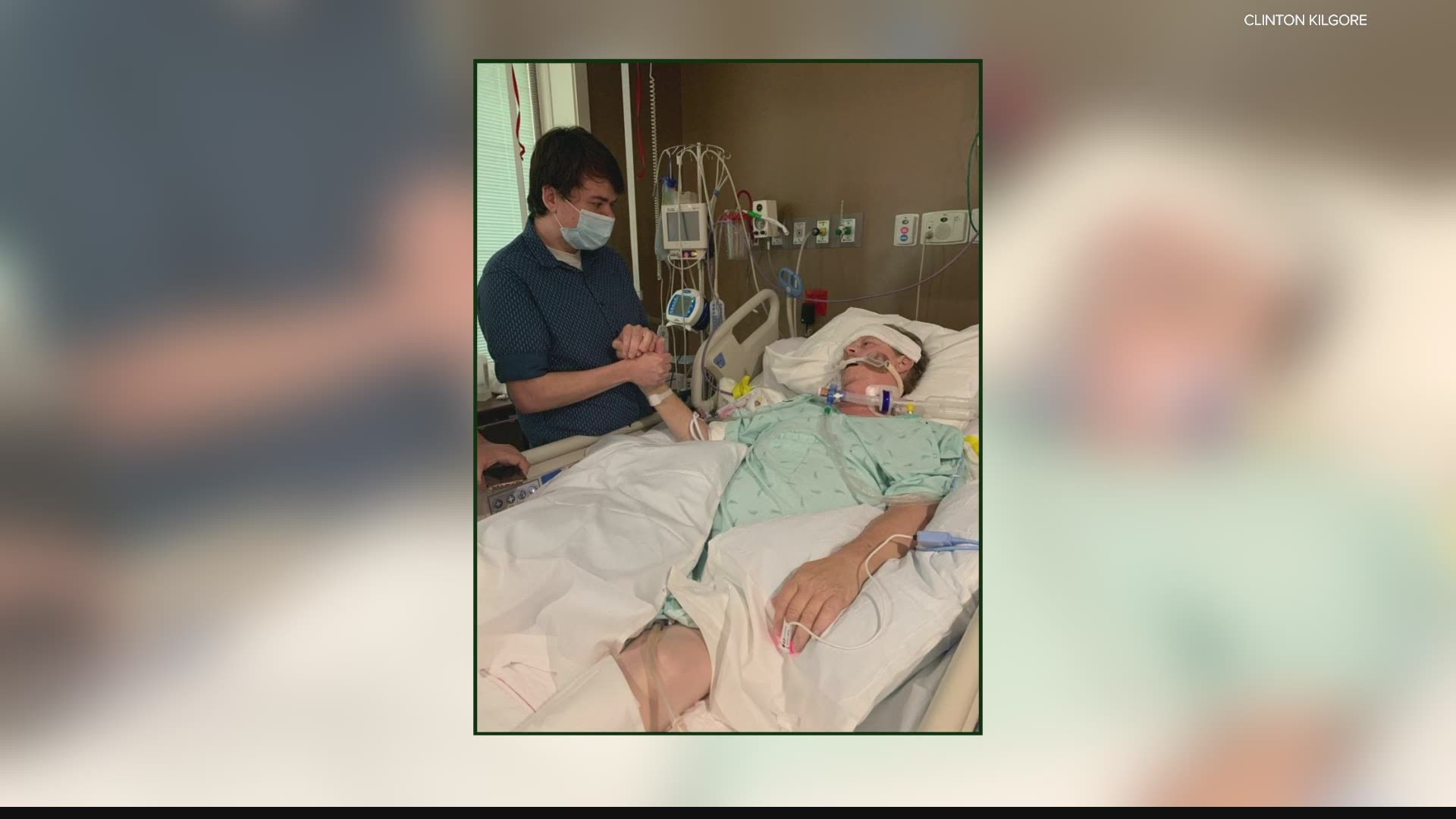 WASHINGTON — About 1 in 5 Americans say they lost a relative or close friend to the coronavirus, highlighting the division between heartache and hope as the country itches to get back to normal a year into the pandemic.

A new poll from The Associated Press-NORC Center for Public Affairs Research illustrates how the stage is set for a two-tiered recovery. The public’s worry about the virus has dropped to its lowest point since the fall, before the holidays brought skyrocketing cases into the new year.

But people still in mourning express frustration at the continued struggle to stay safe.

“We didn’t have a chance to grieve. It’s almost like it happened yesterday for us. It’s still fresh,” said Nettie Parks of Volusia County, Florida, whose only brother died of COVID-19 last April. Because of travel restrictions, Parks and her five sisters have yet to hold a memorial.

Parks, 60, said she retired from her customer service job last year in part because of worry about workplace exposure, and now she is watching with dread as more states and cities relax health rules.

Only about 3 in 10 Americans are very worried about themselves or a family member being infected with the virus, down from about 4 in 10 in recent months. Still, a majority are at least somewhat worried.

RELATED: Key moments that defined the first year of the COVID-19 pandemic

“They’re letting their guard down and they shouldn’t,” Parks said. “People are going to have to realize this thing is not going anywhere. It’s not over.”

For those who lost a loved one, “that fear is most salient in them. They’re going to be a lot more cautious as businesses reopen and as schools start back,” Phan said.

And without that first-hand experience, even people who heeded health officials’ pleas to stay masked and keep their distance are succumbing to pandemic fatigue because “fears tend to habituate,” he said.

Communities of color were hardest hit by the coronavirus. The AP-NORC poll found about 30% of African Americans, like Parks, and Hispanics know a relative or close friend who died from the virus, compared with 15% of white people.

That translates into differences in how worried people are about a virus that remains a serious threat until most of the country -- and the world -- gets vaccinated. Despite recent drops in cases, 43% of Black Americans and 39% of Hispanics are very or extremely worried about themselves or a loved one getting COVID-19, compared to just 25% of white people. (For other racial and ethnic groups, sample sizes are too small to analyze.)

While vaccines offer real hope for ending the scourge, the poll also found about 1 in 3 Americans don’t intend to get their shot. The most reluctant: Younger adults, people without college degrees, and Republicans.

The hardest-hit are also having the hardest time getting vaccinated: 16% of Black Americans and 15% of Hispanics say they already have received at least one shot, compared to 26% of white people. But majorities in each group want to get vaccinated.

Currently demand for vaccines still outstrips supply, and about 4 in 10 Americans, especially older adults, say the sign-up process has been poor.

John Perez, a retired teacher and school administrator in Los Angeles, spent hours trying to sign up online before giving up. Then a friend found a drive-thru vaccination site with openings.

“When I was driving there for the first shot, I was going through a tunnel of emotions,” the 68-year-old said. “I knew what a special moment it was.”

Overall, confidence in the vaccines is slowly strengthening. The poll found 25% of Americans aren’t confident the shots were properly tested, down somewhat from 32% who expected they wouldn't be in December, just before the first ones were cleared.

“We were a little skeptical when it was first coming out because it was so politicized,” said Bob Richard, 50, of Smithfield, Rhode Island. But now, he said his family is inclined to get the shots -- if they can sort through the appointment system when it’s their turn.

“The conflict with people who don’t take it serious as I do, it’s disappointing,” said Wayne Denley, 73, of Alexandria, Louisiana.

Early on, he and his wife started keeping a list of people they knew who’d gotten sick. By November, they’d counted nine deaths and dozens of infections. He'd share the sobering list with people doubtful of the pandemic’s toll, yet still would see unmasked acquaintances while running errands.

RELATED: One year later: How life has changed since the COVID-19 pandemic

“I’m glad I wrote them down -- it helped make it real for me,” Denley said. “You sort of become numb to it.”

There are exceptionally wide partisan differences. Most Democrats, 60%, say their local communities failed to take the threat seriously enough and even more, 83%, say the country as a whole didn’t either.

Among Republicans, 31% say their localities didn’t take the pandemic seriously enough, and 44% said that of the country. But another third of Republicans say the U.S. overreacted.

The differences translate into behavior: More than three-quarters of Democrats say they always wear a mask around others compared to about half of Republicans.

And the divisions have Phan, the psychiatrist, worried.

“We’ve survived something that we should be grateful for having survived it. How do we repay or reciprocate that good fortune? The only way to do it is to be stronger in the year after the epidemic than before,” he said.