Officials have floated a theory that the new coronavirus was set loose on the world by a Chinese lab that let it escape. This is contrary to what scientists say. 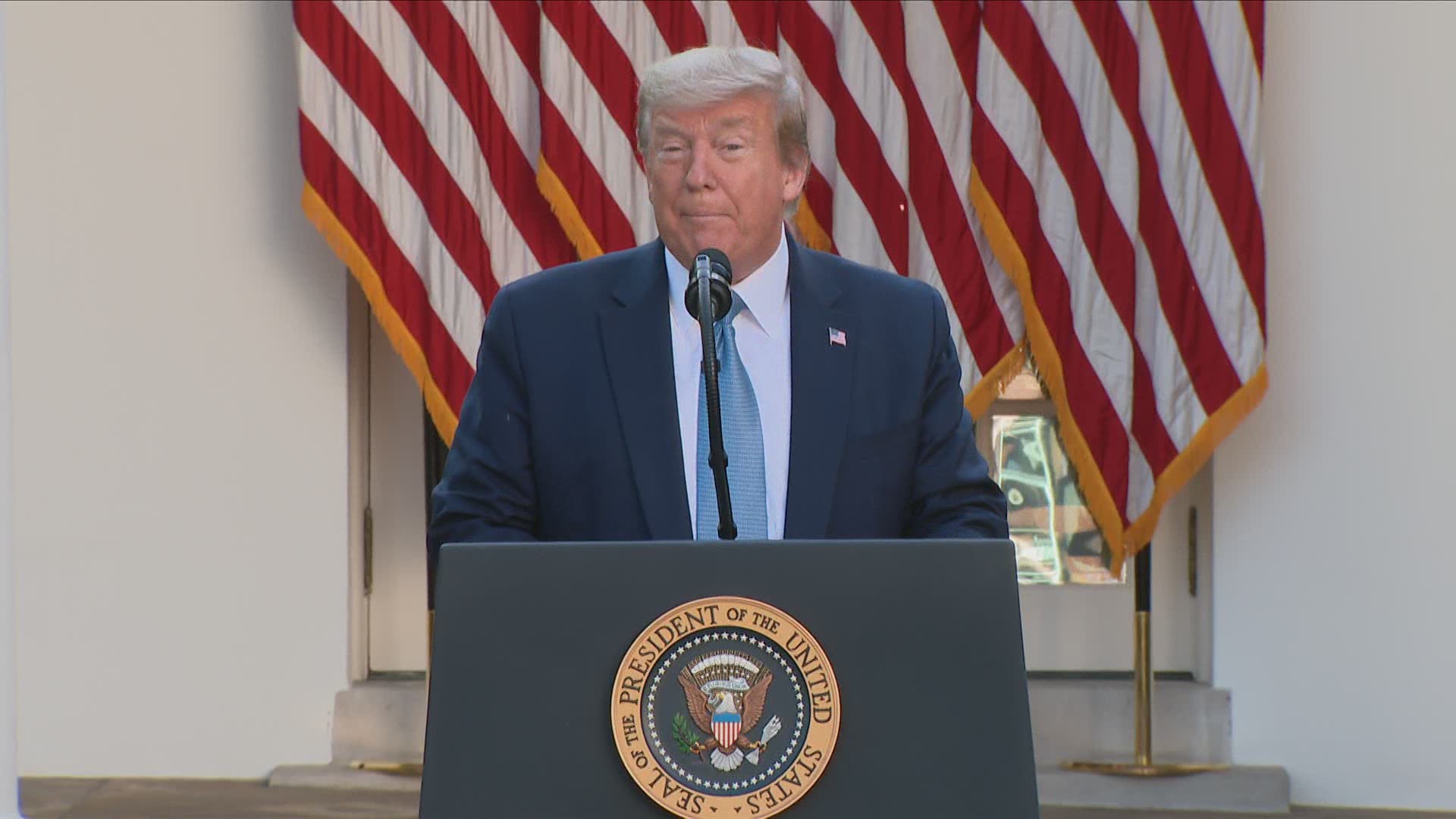 WASHINGTON — President Donald Trump and some of his officials are flirting with an outlier theory that the new coronavirus was set loose on the world by a Chinese lab that let it escape. Without the weight of evidence, they’re trying to blame China for sickness and death from COVID-19 in the United States.

“More and more, we’re hearing the story,” Trump says. Secretary of State Mike Pompeo adds: “The mere fact that we don’t know the answers — that China hasn’t shared the answers — I think is very, very telling.”

A scientific consensus is still evolving. But experts overwhelmingly say analysis of the new coronavirus’ genome rules out the possibility that it was engineered by humans, as some conspiracy theories have suggested.

Nor is it likely that the virus emerged from a negligent laboratory in China, they say. “I would put it on a list of 1,000 different scenarios,” said Nathan Grubaugh of Yale University, who studies the epidemiology of microbial disease.

Scientists say the virus arose naturally in bats. They say the leading theory is that infection among humans began at an animal market in Wuhan, China, probably from an animal that got the virus from a bat.

RELATED: VERIFY: What COVID-19 stands for

RELATED: VERIFY: A person can test positive twice for coronavirus

Even so, Pompeo and others are pointing fingers at an institute that is run by the Chinese Academy of Sciences and has done groundbreaking research tracing the likely origins of the SARS virus, finding new bat viruses and discovering how they could jump to people.

“We know that there is the Wuhan Institute of Virology just a handful of miles away from where the wet market was,” Pompeo said Wednesday on Fox News. The institute has an address 8 miles, or 13 kilometers, from the market.

U.S. officials say the American Embassy in Beijing did flag concerns about potential safety issues at the lab in Wuhan in 2018 but stressed there is no evidence that the virus originated there nearly two years later.

The episode shows that both world powers — the country where the virus originally spread and the country with the most sickness and deaths from it — are not above floating shaky theories and using propaganda to divert attention from problems in their pandemic response. China previously spread the falsehood that the virus started with Americans.

China and the U.S. both wasted crucial time responding to the outbreak.

More than 3,000 people had been infected before China’s government told the public what it had concluded six days earlier — that a pandemic was probably coming.

Beijing muffled early warnings, such that the Chinese were assured the risk of sustained human-to-human transmission was low even as infected people entered hospitals across the country and the first case outside China was found, in Thailand.

Chinese leaders tried blaming the U.S., sharing Trump’s habit of dressing up tweets with exclamation marks. “It might be US army who brought the epidemic to Wuhan,” China's foreign ministry spokesman, Zhao Lijian, tweeted on March 12. “Be transparent! Make public your data! US owe us an explanation!” China subsequently stopped promoting that fabrication internationally.

The United States, also late to take the threat seriously, has lagged a number of other countries in the thick of the pandemic when it comes to its response.

Trump failed to live up to his early promises to have ample testing, a key factor in containing the disease. The U.S. still struggles to supply hospitals, front-line workers and patients with necessities in a climate of confusion spilling into chaos. More than 640,000 people in the U.S. have been sickened with COVID-19, not counting large numbers whose illnesses are not being registered, and more than 31,000 have died.

Against that backdrop, the pressure for scapegoats is strong.

After weeks of elaborate praise of Chinese President Xi Jinping’s performance in the pandemic, Trump has turned to blaming China and halting U.S. contributions to the World Health Organization, accusing it of parroting misinformation from Beijing.

RELATED: Facebook will warn users who interact with coronavirus misinformation

In the U.S., claims that the virus was created in or released from a Chinese lab emerged just weeks after the outbreak began and quickly spread from fringe internet sites to the wider public, abetted by conspiracy theorists of every stripe.

The reality is more mundane, said Dr. Gregory Poland, head of vaccine research at the Mayo Clinic in Rochester, Minnesota. “This virus is a typical bat coronavirus that has developed the capacity to infect other mammals and bats are mammals, too,” he said. “What’s becoming evident is that the natural origin of this fits with the transmission dynamics and biology of it all.”

Whatever they think about the idea of a laboratory leak, Trump officials have not taken up the far-out theory that China might have created or released the virus through nefarious genetic engineering or ill intent.

“I don’t have much faith that they’re even being truthful with us now,” Defense Secretary Mark Esper said Thursday on NBC's “Today” show. Yet, “a majority of the views right now is that it is natural, it was organic,” he said.

And it’s something of a diversion in a country wrestling with present danger, he seemed to suggest. “Once we get beyond the pandemic we’ll have a chance to look back and really find out what happened.”