Republican legislators say it's 'time for Arkansas to open back up'

A group of Republican legislators praised Gov. Hutchinson's 'measured approach' and said that it's 'now time for Arkansas to open back up.' 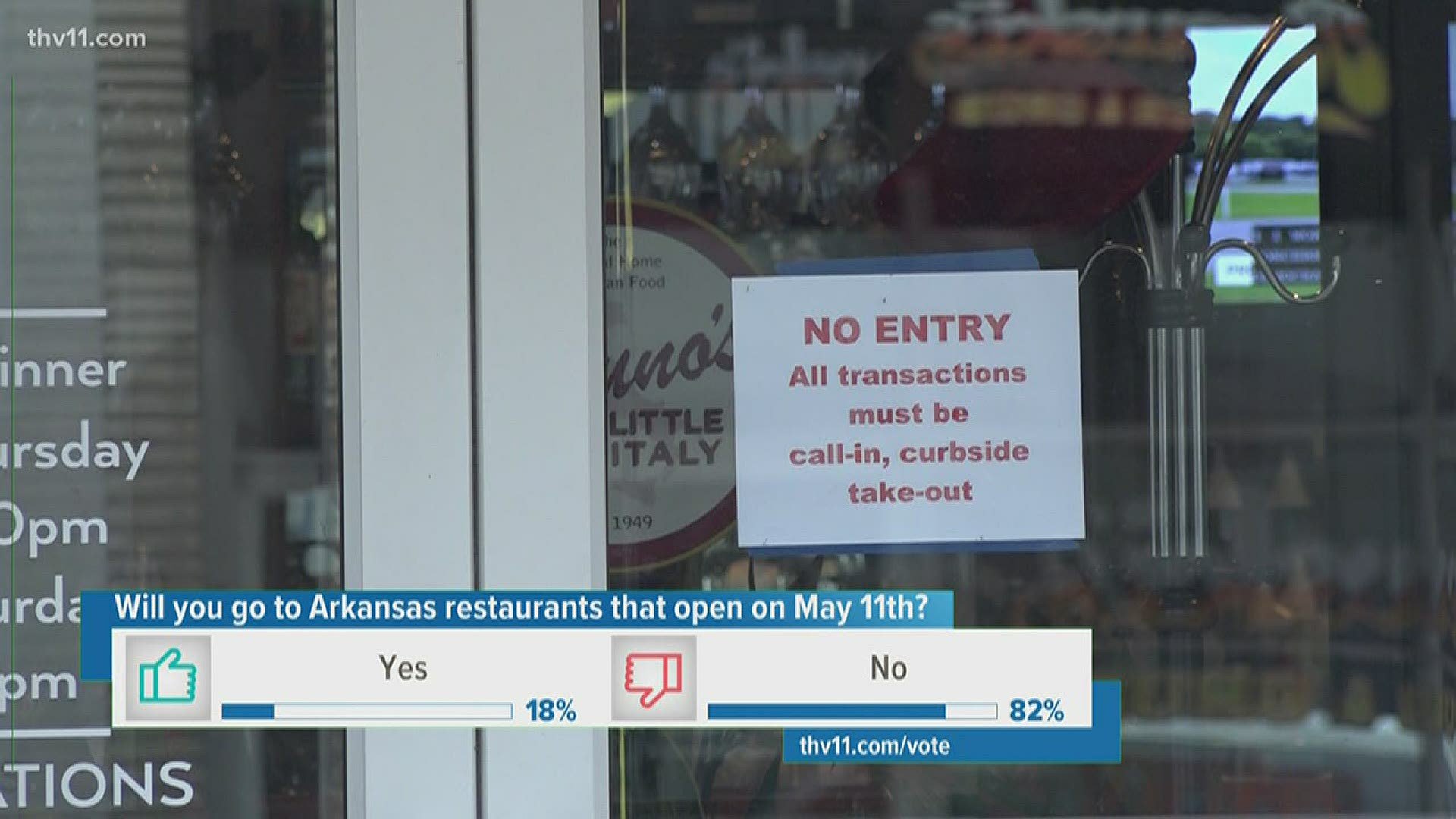 LITTLE ROCK, Ark. — Republican Arkansas legislators in a press release Friday said it was "now time for Arkansas back up."

One letter, written by state Senator Bob Ballinger and 14 other state senators, said that "Arkansans have weathered these unprecedented times with the resolve that is the hallmark of our resilient people."

Ballinger said the "necessary sacrifices" made in the state since the first confirmed coronavirus case on March 11 "have allowed us to flatten the curve of COVID-19." He said that sacrifice has also helped prevent overwhelming healthcare systems in the state.

The senators say Governor Asa Hutchinson's "measured approach" to dealing with coronavirus in the state has allowed people to continue working, "even as other states enacted draconian measures that cut off the livelihoods of its citizens often without significant benefit to public health."

RELATED: Barbershops, tattoo parlors in Arkansas to reopen May 6th with restrictions

"The same tenacity that enables Arkansans to fight the virus also acts as a catalyst in motivating them to get back to work," Ballinger said.

He said that when Arkansans are allowed to return to work, "we know they will take the necessary precautions to protect public health."

"While we will all continue to voluntarily sacrifice for our fellow man in order to prevent greater spread of the virus," Ballinger said, "we also know that it is time to unleash our 'Arkansas determination' in the land of opportunity."

You can read the full letter below: