After a small outbreak of COVID-19 among Arkansas lawmakers, business at the State Capitol is on hold. 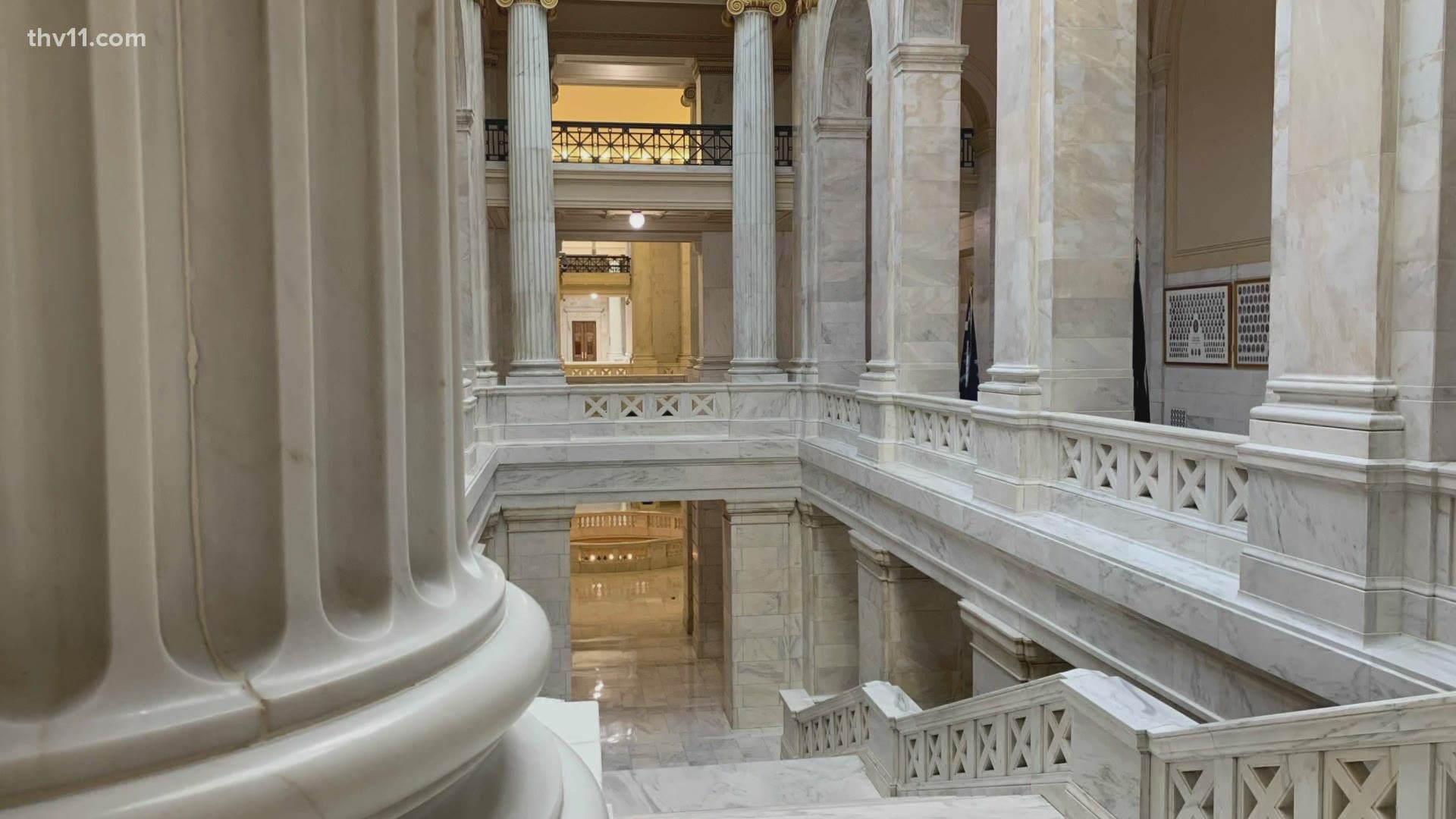 LITTLE ROCK, Ark. — Plexiglas and mask requirements have been in place for weeks at the State Capitol, but it couldn't stop a small outbreak of coronavirus cases among five lawmakers. As a result, the people's business is on hold until next week at the earliest.

"We took the last two or three days to get a handle on it to make sure we knew the scope of the problem," said state senate president pro tempore Jim Hendren (R - Gravette).

In the closed meeting room where lawmakers gathered a few days earlier, Irvin and Rice appear to have sat next to each other while divided by plastic glass, though neither has indicated they know how they contracted the virus.

"Suddenly, there's a realization that this is serious," Sen. Hendren said. "This is real and that we have to take it that way."

With a week until Halloween, the Capitol is like a ghost town. Some workers and staff are around, with an audio/video project underway in the Senate chambers.

The official photographer has a backdrop, lights and filtered fans set up in an office space so lawmakers could remove their masks for their official headshots, but that's all on hold until next week at least.

Sen. Hendren thinks not everyone will return right away.

"We adopted a rule before we adjourned that ensured that people could still participate remotely," he said. "So I think you'll see more members participating remotely, particularly those who need to be quarantined."

Plexiglas is on the way to the Senate floor, though Hendren and his counterpart House Speaker Matthew Shepherd (R - El Dorado) think spreading out and skipping desks may be a better idea.

Hendren also doesn't expect there to be much debate about the prevention methods already in place once work resumes.

"We started out our [Arkansas Legislative Council] hearings with a debate over whether or not we would wear masks. I think this has pretty well ended that discussion," he said. "Anything we can do to try to make it safe, we're going to do. But we also realize we have to do our constitutionally mandated job and the hearings will continue."