Rachel, a Fayetteville nurse, said her mother believed in the reality of COVID-19, but was shocked when she contracted it. She didn't want to get vaccinated. 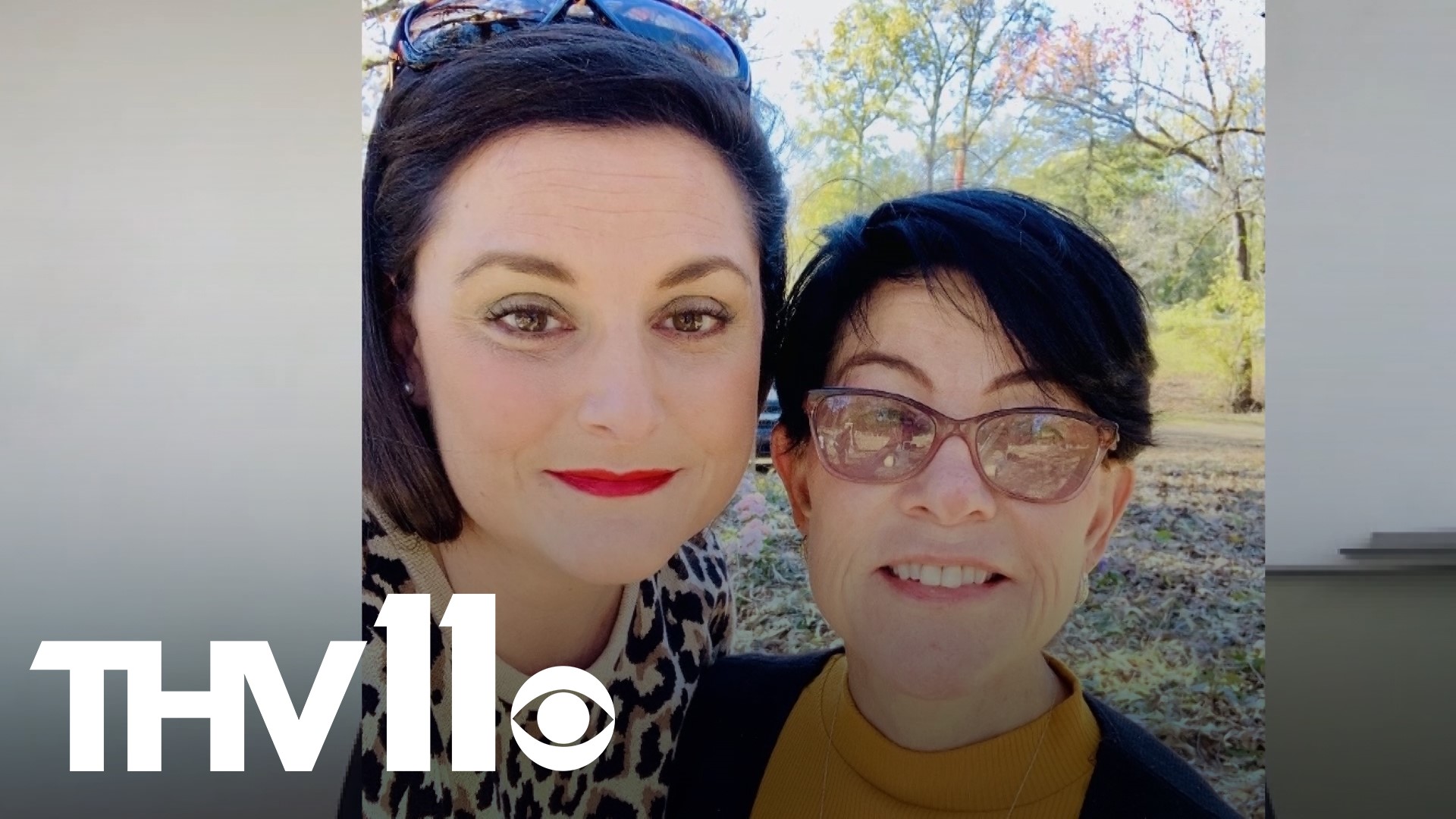 LITTLE ROCK, Ark — 63-year-old Kim Maginn thought she had strep throat after she woke up with a fever and sore throat at the end of May. Her daughters, Noelle and Rachel, convinced her to visit the doctor where she was diagnosed with COVID-19 on June 18.

Kim's daughter, Rachel Maginn Rosser, is a nurse in Fayetteville. Rachel texted daily with her mother, during the time Kim was quarantined to treat her symptoms.

Rachel said her mother was doing okay at home until everything suddenly changed.

"On June 24 she had my sister call an ambulance for her. I had told her to make a follow-up appointment with her doctor," Rachel said. "She had woke up the day she was supposed to and was really weak, she couldn't walk."

When paramedics reached her, Kim's oxygen was only at 74%, which is low.

She was admitted into Baptist Health's ICU, suffering from pneumonia secondary to COVID-19.

Rachel said that her mother believed in the reality of COVID-19, but was shocked when she contracted it. She didn't want to get vaccinated.

Kim had to be put on a ventilator six days after being admitted.

"I was very thankful that the nursing staff called and woke me up that morning and let me facetime with her before they intubated her so that I can tell her what it was going to be like and calm her down. She was really scared," Rachel said.

As a nurse, Rachel was able to describe the process to her mother: she wasn't going to be able to feel anything, the doctors would be giving her medicine, and that would make her drowsy before they put the breathing tubes in.

Rachel repeatedly told Kim how much she loved her. She reassured her that she'd do her best to make decisions in her mother's best interests.

Rachel told her mother that she's had both kinds of patients: some that could hear everything while intubated and others who didn't hear a thing.

She reminded her mother to listen to doctors. If she could hear them, to follow orders and attempt to breathe or cough on her own if the doctor asked.

Kim was all about living life. A decade ago, she started taking her health seriously and eating better. She was also working out five days a week with a personal trainer.

She loved being around her friends and family. She loved going to concerts and traveling.

Rachel and her sister, Noelle, had to cancel a planned trip to Cabo that Kim had set up.

Rachel said nothing mentally prepares you for the death of a parent. She advocated heavily to her sister for the two to visit them. They were with Kim the night before she passed.

"She was a really great mom and a really good grandmother," Rachel said.

She said she wouldn't wish what she's been through the last few weeks on anyone. Although Kim was a healthy 63-year-old, Rachel doesn't believe that she would have died if she were vaccinated.

She's hoping her mother's story will help convince others to get vaccinated, in an attempt to prevent something that's potentially preventable.