Linda Knowles, who has tested positive for coronavirus, began feeling stomach discomfort two weeks ago. Four days later, she lost both her sense of smell and taste. 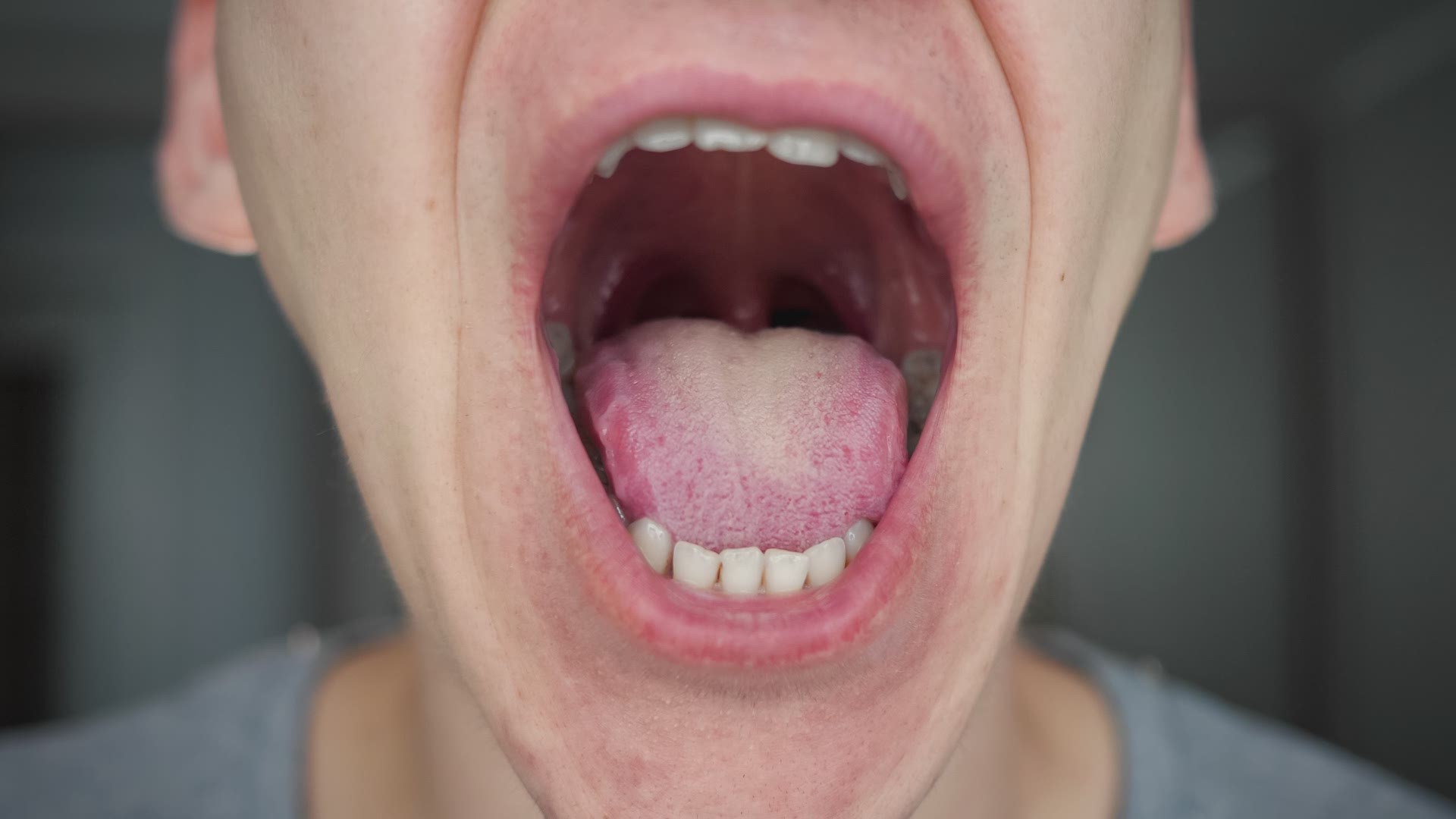 SPOKANE, Wash. — Linda Knowles was cooking less than two weeks ago when she realized she had lost her sense of smell. Less than two weeks later, she found out that she had tested positive for the 2019 novel coronavirus (COVID-19).

The moment of realization came four days after Knowles suffered from some mild stomach discomfort.

Then, she realized she couldn’t smell bread baking in her oven or bacon that was burning on her stove.

“I realized at that point that my sense of taste had also been affected,” Knowles added, noting that everything she ate tasted the same.

By Wednesday of that week, here 17-year-old son was nauseous and spent most of the day sleeping. He felt fine by Thursday.

Her husband suffered similar symptoms of stomach upset and fatigue just days later. By Monday, he had lost his sense of smell, too.

Specialists have said that loss of smell (anosmia) and taste (dysgeusia) appear to be associated with COVID-19.

The global evidence, although anecdotal at this point, has accumulated rapidly enough that smell and taste should be included in COVID-19 screenings, the American Academy of Otolaryngology-Head and Neck Surgery said on its website last month. That’s because patients who otherwise had no symptoms ultimately tested positive for the coronavirus and may be unknowing carriers who need to self-quarantine.

RELATED: VERIFY: Yes, a sudden loss of smell or taste might be an indicator of COVID-19

More common symptoms of coronavirus include a fever, cough, and shortness of breath or difficulty breathing, according to the Washington State Department of Health.

RELATED: What are coronavirus symptoms?

Knowles first went through a self-assessment from the Centers of Disease Control and Prevention, which she says “kicked her out of the system” because she didn’t have telltale symptoms of COVID-19. She said the same happened when she tried a virtual visit through MultiCare.

At the recommendation of her doctor, Knowles was tested for COVID-19 on Tuesday, March 31, as she has a daughter in the house with chronic lung issues. Her test results came back positive on Thursday, April 2.

Knowles said her son was tested eight days after he felt ill, while her husband was tested six days after. They were tested on April 2 and received their test results on Monday morning: negative.

“Our assumption is that they had it but, by the time they got around to being tested, it pretty much cleared their system,” Knowles said.

“Among the three of us, I think my symptoms have been a little bit more pronounced,” she added.

Knowles also has an adult son living in Seattle who has been feeling ill but has not been able to access a test.

“We’re assuming he has had it and he’s self-isolating because of it,” she said.

Despite testing positive, Knowles said her symptoms of the virus have been fairly mild. She has regained her energy on Monday and her sense of taste has returned, but her sense of smell remains absent.

“Aside from the loss of smell, it really hasn’t been that bad. I’ve had the regular flu that’s been much worse. It’s been fairly mild,” she said. “None of us have been sick enough that we felt the need to take any medicine or anything.”

One of the most frustrating parts of Knowles’ experience has been uncertainty about when she should discontinue isolation.

The Spokane Regional Health District gave her guidance that she could discontinue isolation after at least three days without a fever, the improvement of respiratory symptoms and at least seven days since her first symptoms appeared.

This echoes guidance from the CDC.

Knowles never had a fever or respiratory symptoms and she was tested more than seven days after her first symptoms appeared.

She asked for guidance on how long she should be self-isolating given that her primary symptom was and continues to be loss of smell, but health officials told her they did not have any official guidance on what to do in her situation.

They told her that she may want to remain isolated for 14 days, and maybe an additional seven days, after the onset of symptoms – among other possibilities.

Despite the confusion among health officials due to her uncommon symptoms, Knowles said public health officials gave her the best guidance possible under difficult and changing circumstances.

“All of the public health people and medical personnel I’ve been dealing with have been fantastic,” she added.

RELATED: How to know you've recovered from COVID-19