Superintendent responds after 142 Lonoke students, staff quarantined due to COVID-19

Superintendent John Tackett said the schools are taking all the necessary measures, including making changes to their bus routes and providing hot spots. 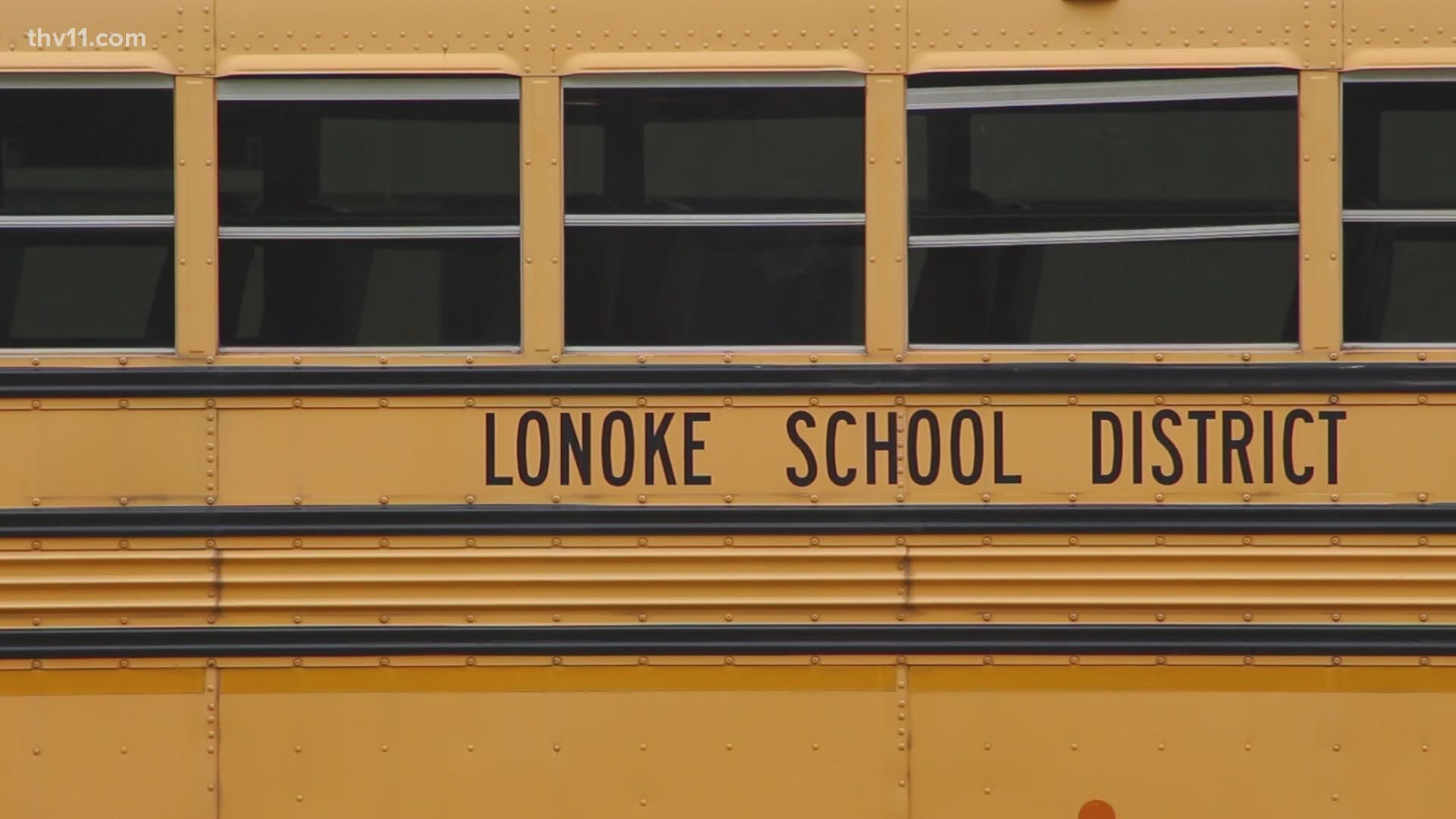 There are six active cases of coronavirus in the district.

RELATED: Over 130 students at Lonoke School District quarantined due to COVID-19

Now, administrators are forced to make changes to its bus route as parents and students try to adjust.

"It's crazy. I think it brings a lot of disappointment. I wish it would go away,” said Amanda Wicker, mother of a 9th grader.

He went from in-class learning to immediate virtual lessons this week after possible exposure to COVID-19.

"There is the disappointment that he has to miss two football games,” said Wicker.

Students, teachers, and staff have taken all the right precautions, but still the virus has brought on more problems.

While some bus drivers were exposed, many other students are now forced to go virtual.

"It's because we have a lack of substitute bus drivers,” said Tackett. “Parents who can transport their kids, of course they'll let the school know, if they can't, they'll immediately go virtual."

For those quarantined, Tackett said the district is providing emergency internet access to some kids.

"We have hot spots that have been given to parents who have low connectivity or no connectivity,” said Tackett.

Tackett said schools across the state, including his, are in desperate need of substitutes for the classroom and buses so they can work with minimal modifications.

"Since the 11th and up to this point, we have been increasingly unable to fill classes,” said Tackett.

Luckily for Wicker, her son's sudden quarantine didn't cause much stress, but for some parents and students, it's not easy

"Harping on it isn't really going to help anything, so we are just trying to make the best of it,” said Wicker.

The district has no plans to close any of the schools at this point.

All students who are quarantined can return back to school October 2, and that's when the two bus routes, buses 32 and 35, will resume.