Hospital staff cheered as Jenny Aguilar, 32, a mother of five, walked out on her own, Tuesday. Doctors went to extraordinary lengths to save her life. 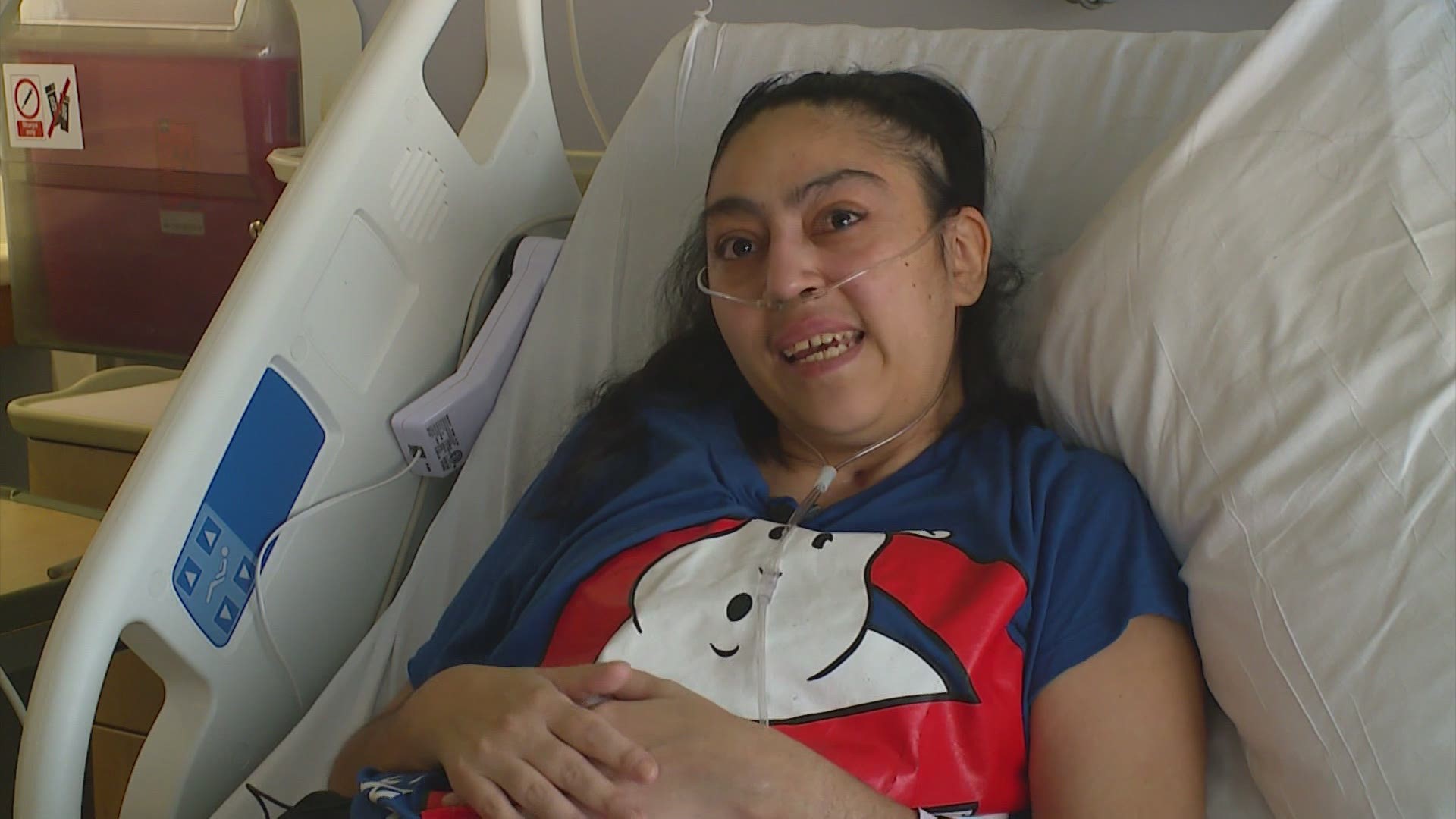 SEATTLE — UW Medicine staff bid a tearful farewell to a COVID-19 patient who made a remarkable recovery after she was hospitalized for six months.

Jenny Aguilar, 32, left her room at the Montlake Medical Center to cheers and applause from doctors, nurses, and technicians, who lined the hall on Tuesday.

“They became part of my family, and it’s hard to say goodbye because they’ve been with me through my ups, my downs, my depression, sometimes, and they were there,” Aguilar said.

Aguilar, a mother of five who lives in Reno, thinks she caught COVID-19 on Christmas.

“They took me right away to urgent care and from there I don’t know what happened, and I woke up the next day here in Seattle,” she said.

Airlift Northwest flew her from Reno to Harborview Medical Center in early January. She was later rushed to the Montlake campus as her condition worsened.

“We’ve seen a lot of very, very sick patients at Harborview with COVID, but Jenny was one of the sickest that we took care of,” said Dr. Mark Wurfel, a critical care physician.

Her lungs failed, then her heart. Her family prepared for the worst.

“We were very worried that we were going to lose her on several occasions,” Wurfel said.

“It was kind of series of ‘Hail Marys,’” said Dr. Jenelle Badulak, an emergency medicine and critical care physician.

Doctors put Aguilar on an ECMO (extracorporeal membrane oxygenation) machine. The device takes over for a patient’s heart and lungs, mechanically circulating blood and replenishing it with oxygen outside the body. It gives damaged organs a break, and doctors extra precious time.

“She’s so young and the rest of her organs were working that we thought let’s just try it and see if it’ll work,” Badulak said.

It did. Aguilar began a slow, shaky, recovery. Doctors say most patients spend two to four weeks on ECMO. Aguilar was on it for four months.

“She was very far outside of the norm,” Wurfel said.

“This is the first time that we’ve (UW Medicine) done a long run like this ever, so this kind of changes everything with (our) approach to severe lung disease,” Badulak said.

On Tuesday, after half a year in a hospital bed, Aguilar prepared to head home.

“You’re the best Jenny,” one staff member said as she tearfully hugged Aguilar.

“Who is going to brush your hair now?” asked another during an embrace.

Aguilar returned to Reno on Tuesday afternoon. She is still on oxygen and using a walker, but doctors are optimistic she will continue to recover.

“She’s gone through marathons of work, it’s just intense amounts of work to survive, so you just throw everything you have, because life is precious,” Badulak said.