The bill would give employees two different options if their employer mandates the COVID vaccine. The employees could show vaccination proof or perform weekly tests. 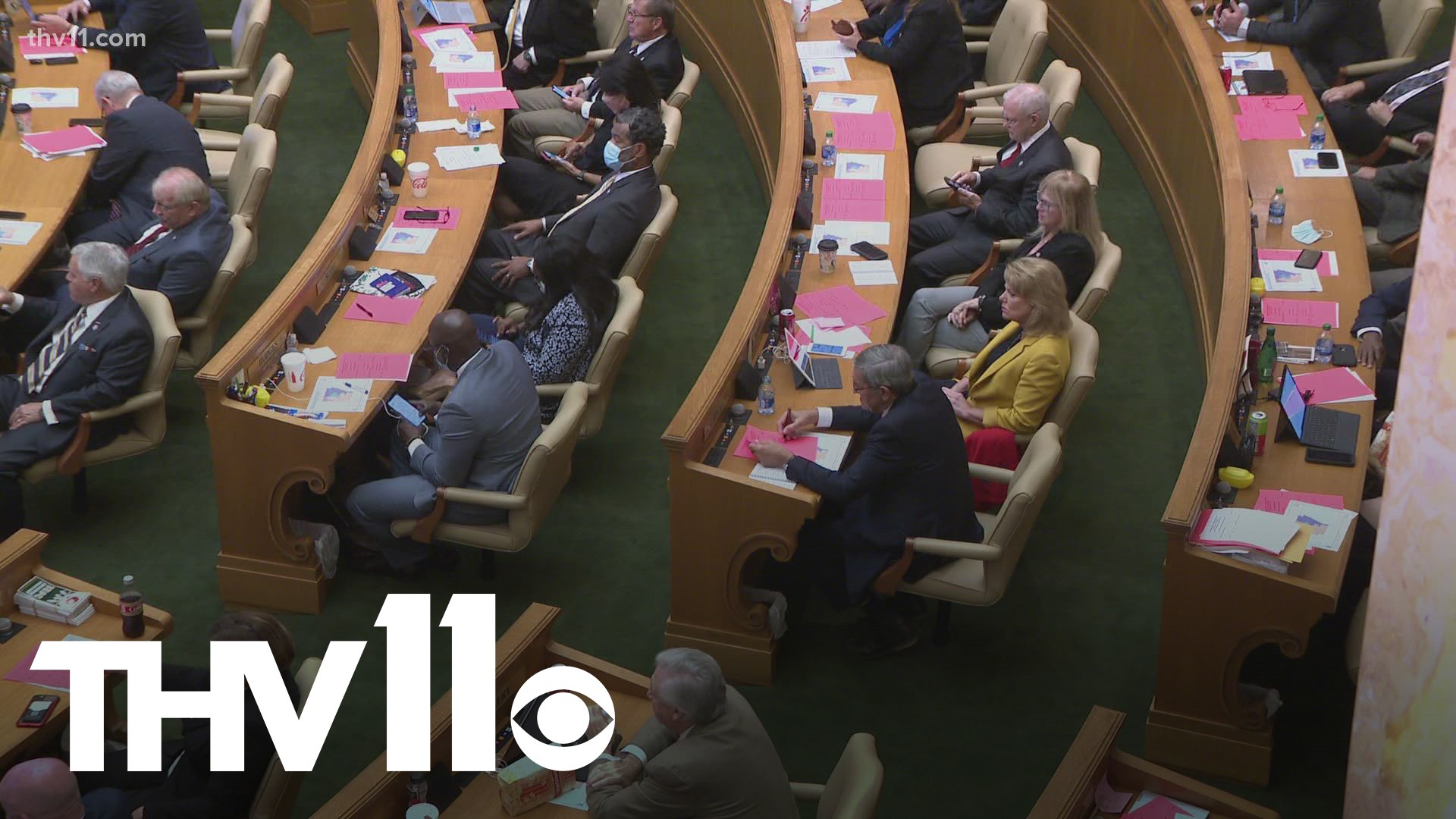 LITTLE ROCK, Ark. — After six days of discussion at the capitol, a bill is heading to the governor's desk. This one however is not a new district map, it's a COVID-19 bill.

Senate Bill 739 is now in Gov. Asa Hutchinson's hands. The bill would give employees a way to get out of the federal mandates related to COVID-19.

A lot of the fight for this bill throughout the day was over an emergency clause, which would make it go into effect immediately if the governor signs it.

Once they removed the emergency clause, it passed in both the House and Senate on Wednesday.

According to bill sponsor, Sen. Kim Hammer (R-Benton), it would give employees two different options if their employer mandates the COVID vaccine.

He said employees can either show proof that they have the antigens in their system or be willing to test once a week.

Hammer said they want this as a law. This would give people opposed to the vaccine have two additional methods, helping keep them and their workplace safe.

Even after it was passed though, he said he wasn't completely satisfied.

"I feel good, but I'll feel better if we can get the emergency clause on HB1977, which is the companion bill. Because otherwise people are going to be unprotected for the next 90 days if that bill does go into effect, if it doesn't get vetoed," Hammer said.

That bill that mirrors Hammer's bill from the House was passed in the Senate today without the emergency clause.

The Senate asked for it back from the House, which means that'll be a topic of discussion on the Senate floor on Thursday.

THV11 did reach out to the governor for comment about Hammer's bill, which is now on his desk, but we were told to refer to the press conference where he commented on it before it was passed.

In the press conference, Hutchinson expressed some reservations about it.

While we nailed down one COVID-19 bill, it seems as though we are getting a better picture of what our congressional lines could look like.

Each map passed in their respective chambers, but it didn't go down without a fight.

Those for the map argued this was the best map for the state, while those against it said other maps wouldn't divide cities the way this map does.

Those bills will also be the center of attention on both floors on Thursday.