'It was an enormous, emotional relief' | North Carolina family drives to TN to get son with disabilities COVID-19 vaccine

Tennessee was the first state in the U.S. to begin vaccinating people with disabilities 18 and older who do not live independently. 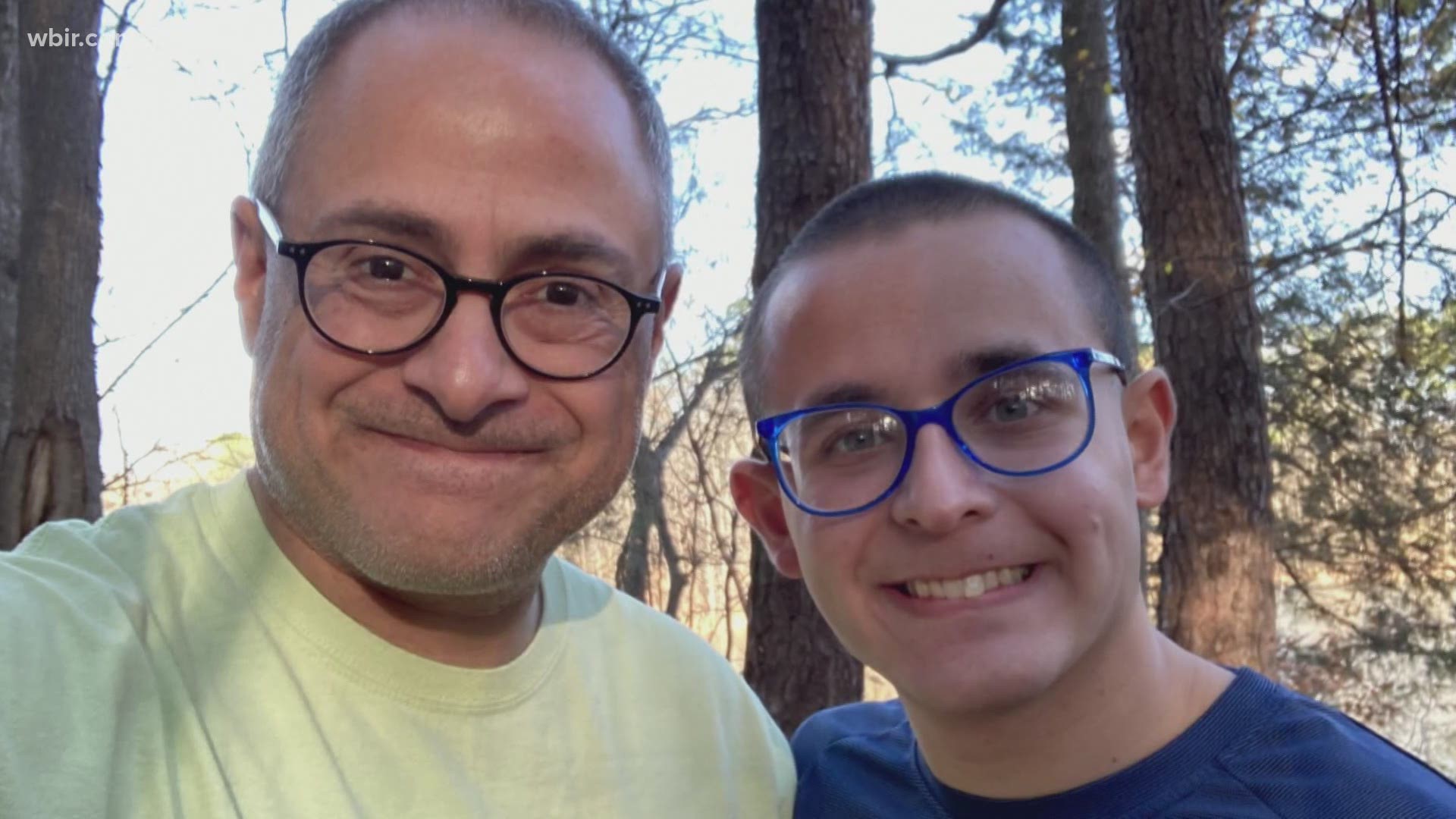 KNOXVILLE, Tenn — The pandemic has taken a heavy toll on people with intellectual and developmental disabilities across the country.

Tennessee leads the country in vaccinating people with disabilities and some families are going to great lengths to get their loved ones vaccinated, including the Hemachandra family.

Nicholas Hemachandra, 20, loves to stay active. He volunteers at a hospital near his home in western North Carolina.

However, when the pandemic eliminated most of his favorite activities last spring, the young man with autism was forced to isolate at home to protect his health.

Credit: Ray Hemachandra
Nicholas Hemachandra takes in the view of the mountains.

Last fall, people in North Carolina with disabilities under age 65 that have at least on chronic condition were prioritized in Group 2 of the state's vaccine rollout.

In January, they were dropped to Group 4, despite growing evidence people with IDD are three times more likely to die as a result of COVID-19.

Desperate to keep his son safe, Ray drove across state lines to Newport, Tennessee to get him the vaccine.

"It was an enormous, emotional relief and feeling of tears because it's been so long worried about his well-being," he said.

Tennessee was the first state in the country to begin vaccinating people with disabilities 18 and older who do not live independently.

Thousands have now received at least one dose of the COVID-19 vaccine.

"At the end of the day it was the right thing to do. We want to make sure that we are providing a voice for the population in Tennessee that needs the vaccine that has disabilities," TN Dept. of Intellectual and Developmental Disabilities Commissioner Brad Turner said.

Turner said State leaders hope to make the vaccine available to all people with IDD as soon as possible.

"People with the highest risk should be getting vaccinated," Arc of NC Deputy Dir. Lisa Poteat said.

Poteat is now urging every state to follow Tennessee's lead.

After initially denying the non-profit's request to move up all people with IDD, on the vaccine priority list, North Carolina leaders changed course.

Poteat believes weeks of advocacy paid off but says the message was clear.

"We've done this to people with IDD for decades, and families are tired of it, and now they see it happening with the COVID vaccine. In their minds, it's happening again. You're putting us at the back of the line again. We're being dismissed," she said.

Nicholas will receive his second shot later this month and he's one step closer to returning to life as normal.

While his father is happy North Carolina is finally prioritizing people like his son, he worries others in the IDD community across the country are being left behind.

"It makes me feel outraged and ashamed," he said. "Lives have been lost in North Carolina and lives have been saved in Tennessee because of the way those two states chose to set policy, and it was a choice."