By law, no Texas business can require proof of vaccination — what this means for Galveston cruises

“The new Texas law basically says that you can’t test anybody, you can’t require any vaccines, unless you are under the jurisdiction of another federal agency." 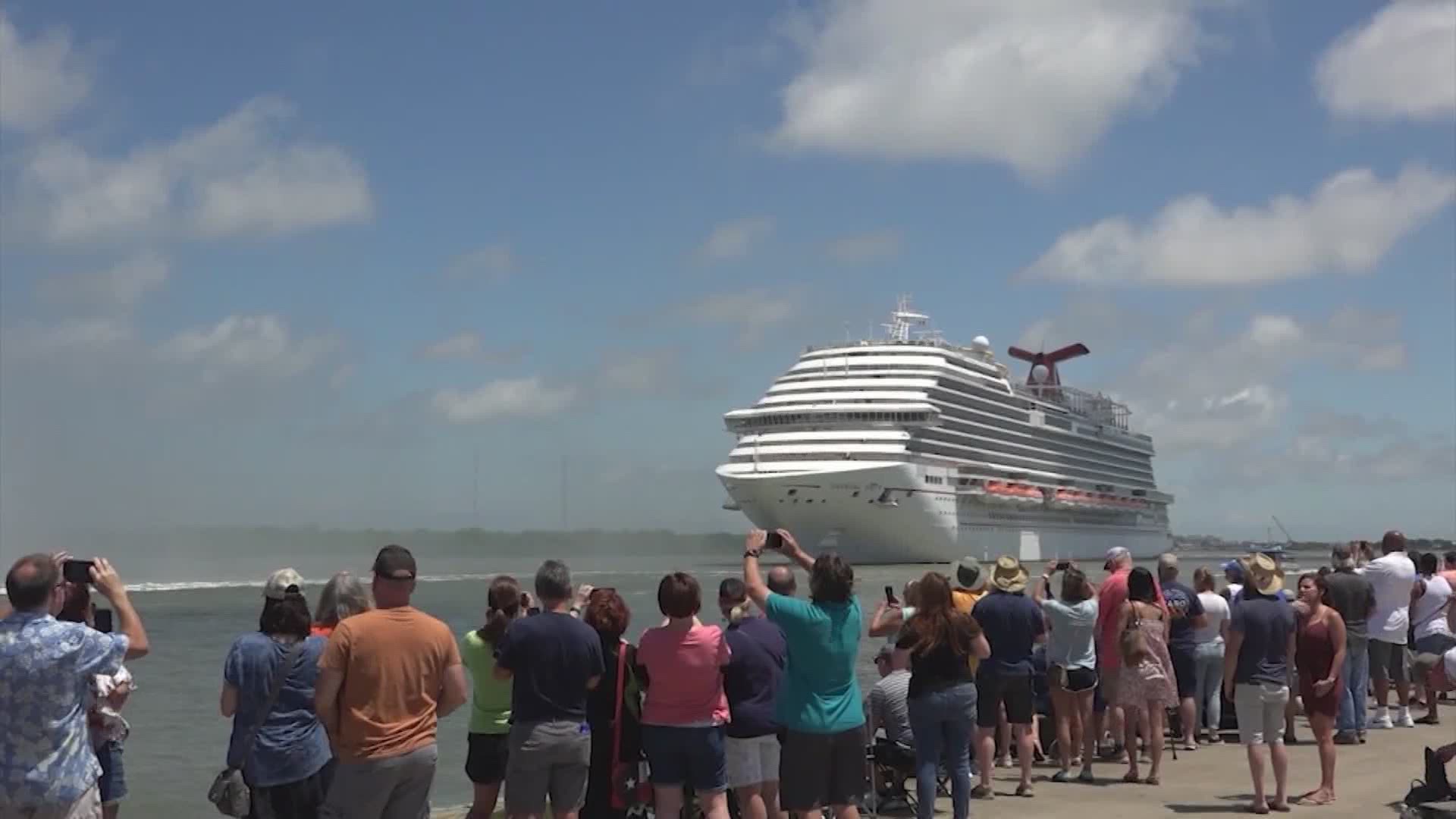 HOUSTON — It’s now a law that, as a customer, you cannot be required to show your vaccine information to any Texas business.

“This is intended to impact all businesses operating in the state of Texas," said Dietrich von Biedenfeld, assistant professor at University of Houston-Downtown.

Under Texas law, no Texas business can require a customer to show proof of vaccination.

“We want to make sure that you have the freedom to go where you want without limits," Gov. Greg Abbott said.

It's a law that some businesses may push back on.

“Business owners may take it upon themselves to say, 'no, this is my private establishment. I have the right to refuse service,'" von Biedenfeld said.

LINK: Carnival has vaccine requirements posted, including that kids under 12 who aren't eligible for vaccination, can't sail

Von Biedenfeld said that because there has been no federal mandate on vaccine passports, it’s left it up to the states to fill in the blanks. He says one thing that may come from this is businesses may now offer rewards or incentives to those who show proof they are vaccinated.

TX VACCINE PASSPORT LAW: The @PortofGalveston says it's their understanding that the new TX vaccine law applies to a TX business, UNLESS they're under the ruling of a federal agency - saying they don't believe it will affect cruise line's ability to require vaccine info. @KHOU pic.twitter.com/2XgWfQazh6

But the law came on the same day that Carnival announced its first Galveston cruise since the pandemic would set sail on July 3 and announced guests would have to prove vaccination.

"We are evaluating the legislation recently signed into law in Texas regarding vaccine information.  The law provides exceptions for when a business is implementing COVID protocols in accordance with federal law which is consistent with our plans to comply with the U.S. Centers for Disease Control & Prevention’s guidelines."

To view Carnival's latest guidelines on cruises sailing out of Galveston, click here.

“The new Texas law basically says that you can’t test anybody, you can’t require any vaccines, unless you are under the jurisdiction of another federal agency," said Rodger Rees, Port Director/CEO with the Port of Galveston.

Rees says it is their understanding that cruise lines, which operate under federal CDC guidelines, will be able to continue doing so, even with the new law. Which, he says, means they can continue requiring vaccine verification.

He says, unlike the law in Florida, they believe the Texas law is less restrictive when it comes to cruising.

“But in Texas, they’re saying you can’t do the same thing in Florida, unless you’re under the jurisdiction of a federal agency," Rees said.

Rees says Carnival will soon start operating test cruises out of Galveston. That first one sets sail on June 20.