Biden is on track to blow past his goal of 100 million shots in his first 100 days, but the pace must pick up even more to vaccinate most adults by end of summer. 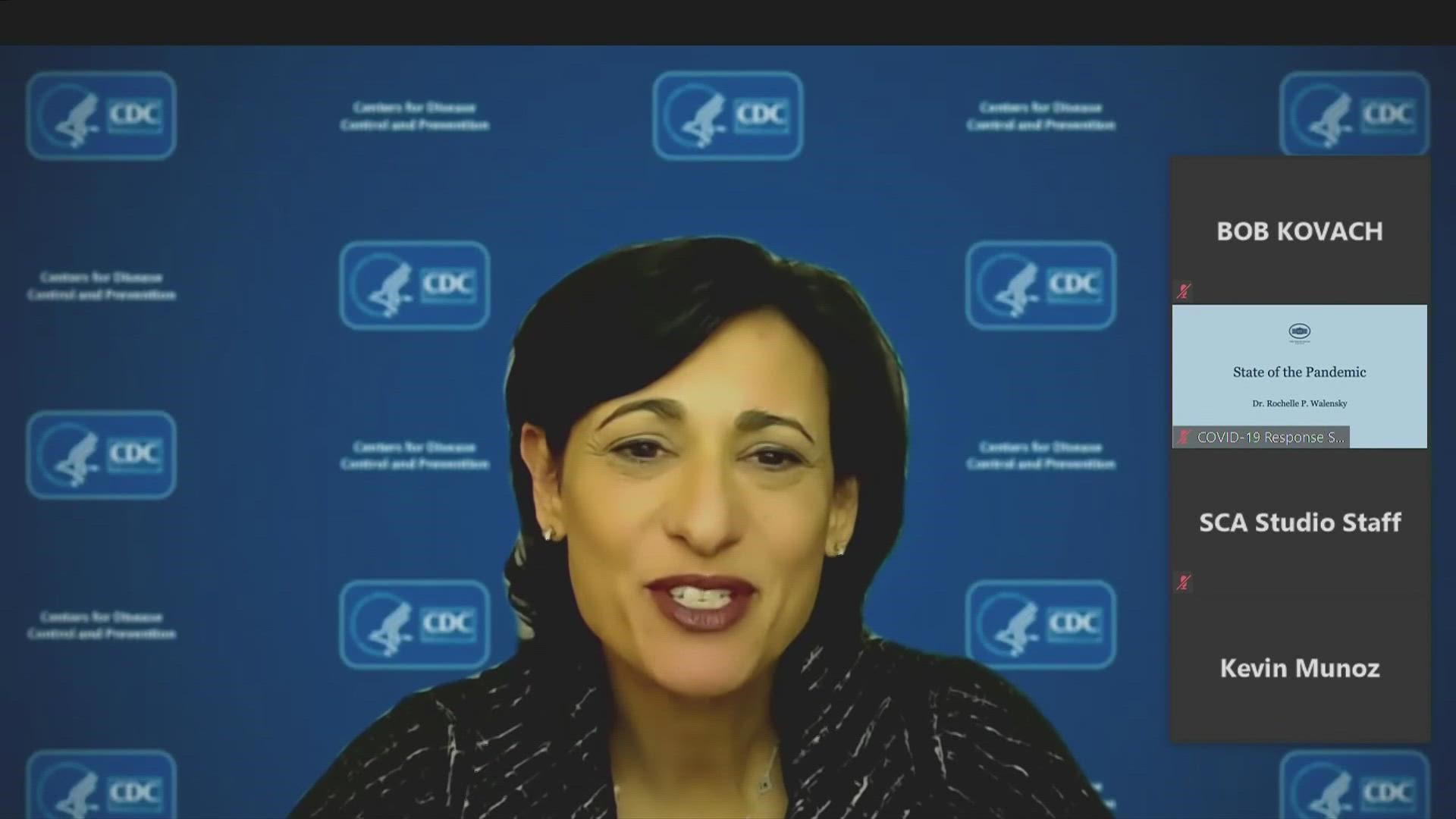 WASHINGTON — The U.S. is vaccinating on average 1.7 million Americans per day for the coronavirus, up from under 1 million a month ago.

New figures from the White House show the steady increase in the pace of vaccinations over President Joe Biden’s first month in office.

Much of the increase, according to data from the Centers for Disease Control and Prevention, comes from people receiving their second dose of the approved vaccines from Moderna and Pfizer.

The pace of first dose vaccinations has been largely steady over the past several weeks, hovering around an average of 900,000 shots per day.

Biden is on track to blow past his goal of 100 million injections in his first 100 days in office — though the pace must pick up even further to meet his plans to vaccinate nearly all adults by the end of the summer.

RELATED: 'When do you pull the trigger?' | COVID-19 shots may be tweaked if variants get worse

White House press secretary Jen Psaki said that represents a 57% increase from when Biden took office nearly a month ago on Jan. 20.

Psaki also said the administration is doubling, to 2 million doses per week, the amount of vaccine being sent to pharmacies across the country as part of a program to extend access into neighborhoods.

The White House added that the drugmaker Johnson & Johnson has just a “few million” doses of its COVID-19 vaccine in inventory ready to be distributed, should the Food and Drug Administration grant it emergency approval.

Coronavirus coordinator Jeff Zients is looking to lower expectations for the impact of approval for the promising, one-dose vaccine, which could happen in the next several weeks. The company has contracted to provide 100 million doses — enough for 100 million Americans — by the end of June.

RELATED: Why it's hard to make vaccines and boost supplies

Severe winter weather across parts of the country is expected to cause delays in vaccine shipments and deliveries.

The administration says the weather is expected to affect shipments from a FedEx facility in Memphis, Tennessee, and a UPS facility in Louisville, Kentucky. Both facilities serve as vaccine shipping hubs for multiple states.

The Centers for Disease Control and Prevention and other federal agencies are working with the jurisdictions, as well as manufacturing and shipping partners, to assess weather conditions and to help offset potential delivery delays and cancellations.

Credit: AP
FILE - In this Jan. 22, 2021, file photo, empty vials of the Pfizer-BioNTech COVID-19 vaccine are seen at a vaccination center at the University of Nevada, Las Vegas, in Las Vegas.