The FDA has revoked emergency authorization of hydroxychloroquine for the treatment of COVID-19. 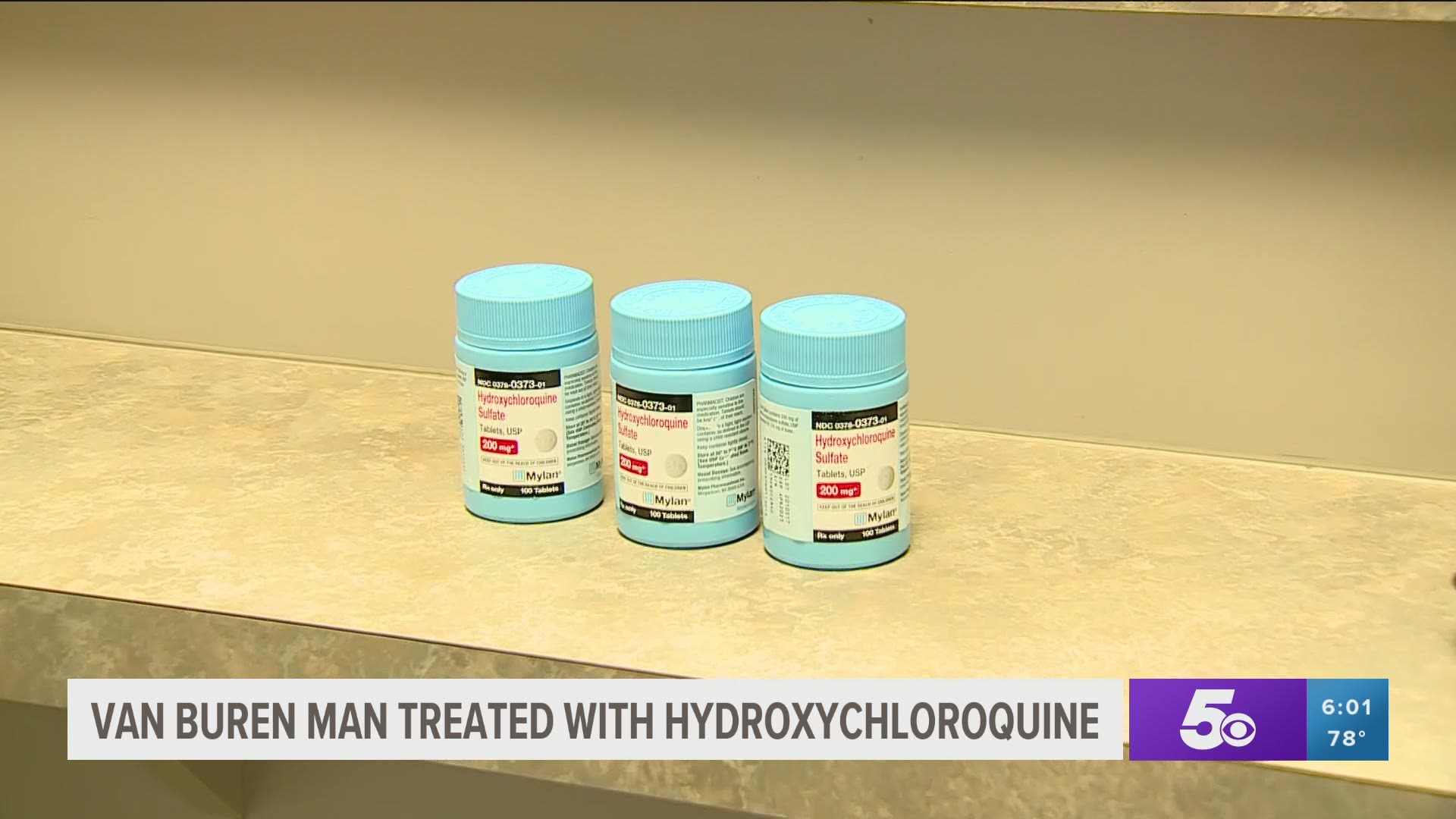 VAN BUREN, Ark. — A local man says he took the drug hydroxychloroquine while he had COVID-19 and within a few days felt better.

He did this despite warnings from the majority of medical organizations such as the World Health Organization (WHO), the Centers for Disease Control and Prevention (CDC) and the National Institutes of Health warning against it.

Steve Allen of Van Buren was diagnosed with COVID-19 at the end of July.

“I just felt like it was getting a sinus infection," Allen said.

Allen says after his doctor refused to prescribe him anything he got a prescription for hydroxychloroquine, zinc and vitamin D-3 from a physician's assistant that he knew.

“After the first couple of doses I could really tell it was breaking up the chest congestion, and I was coughing a lot and ended up going to the ER because I was having a hard time breathing," Allen said.

Allen claims the ER doctor told him to continue taking hydroxychloroquine, along with steroids and within a matter of days, he felt much better.

“I’m not saying it would do that for everyone, but I think it’s pretty crazy that we can’t have a conversation with our doctor about a medication that may work," Allen said.

Dr. Rawle Seupaul, the Chief Clinical Officer with UAMS says the reason the FDA revoked the emergency authorization of hydroxychloroquine treatment for COVID-19 is that it doesn’t work.

“There’s no scientific evidence that shows any benefit to using hydroxychloroquine,” Dr. Seupaul said. "There are a number of reasons why this individual could have gotten better. He may have had mild disease, he may be healthy, he be lucky.”

Local pharmacists say they haven’t seen very many prescriptions for hydroxychloroquine in the treatment of COVID-19 but they’re happy to any questions customers might have about the drug.

“The harm for any medication is potential side effects, hydroxychloroquine, although it has been available for a long time, does have some serious side effects, they can range anyway from GI symptoms to nightmares, up to cardiac arrhythmia," said Andrew Mize, a pharmacist at Debbies Family Pharmacy in Rogers.

Most doctors say we know more about the virus now and proven effective therapeutics like the drug remdesivir, plasma and steroids.

“There are no other ulterior motives and if your physician recommends, as I would, to not prescribe or use hydroxychloroquine then I would urge you to trust that advice," Dr. Seupaul said.

Allen says his wife and daughter recently tested positive for COVID-19 as well. He says both are doing well with only minor symptoms, and neither of them is taking hydroxychloroquine.