The old Bauer and new Bauer are making sure the public is staying heart healthy at CHI St. Vincent's Heart Institute. 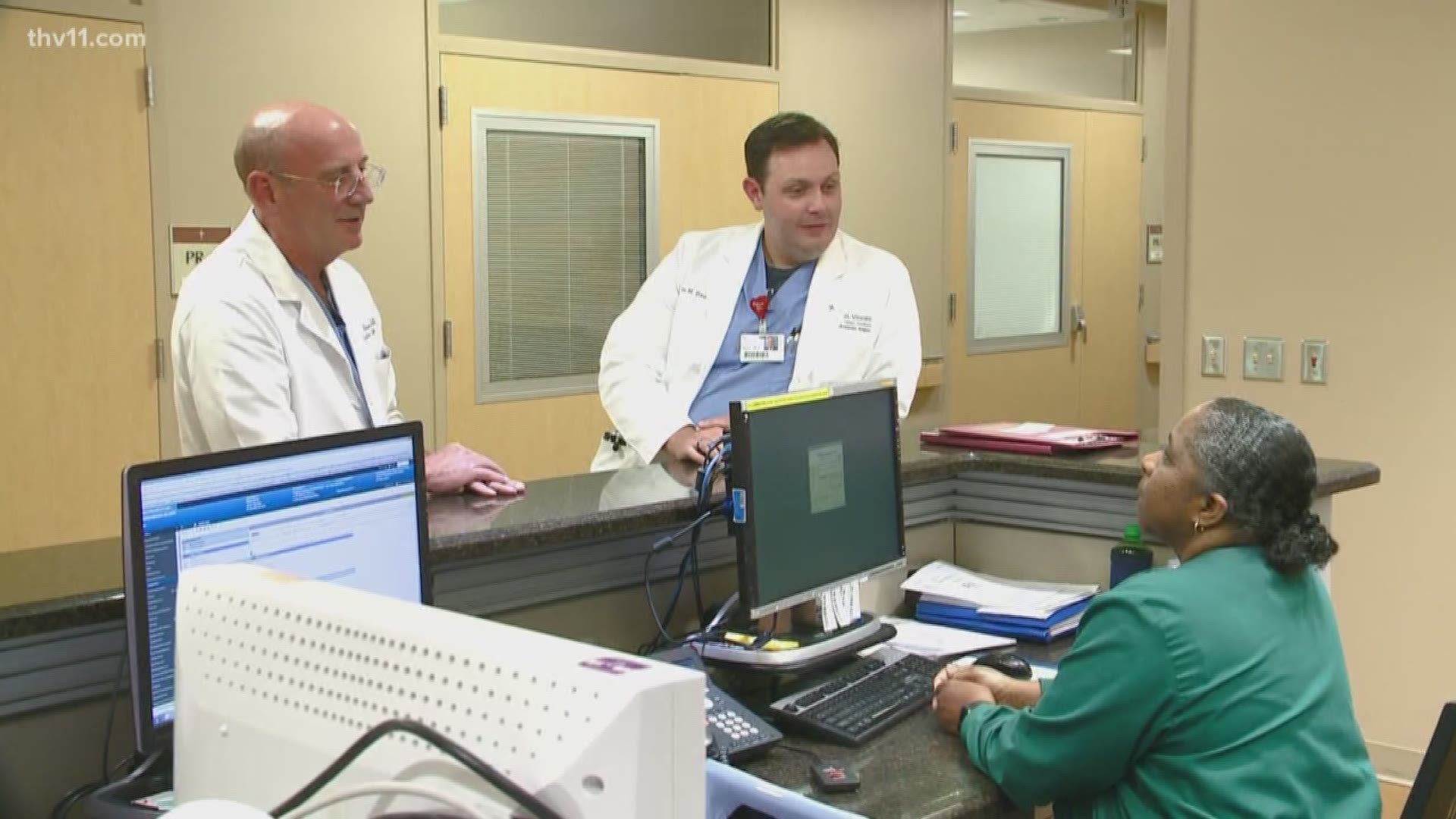 The main accessory that goes with putting on the gown is faith. If you're being wheeled down to an operating room, you want confidence in the team you're about to see.

At the CHI St. Vincent Heart Institute, there are two Doctor Bauer. One is old and one is new, but the mission remains the same.

The old hand is Dr. Michael Bauer, a cardiovascular surgeon. He's proud of the evolution of the Heart Institute's technology and his team.

"We are very careful with our patients. We have checks and balances among ourselves," he said.

The younger Bauer, Dr. Thurston Bauer, is a cardiovascular surgeon as well and agree that the team has "tremendous talent."

If you haven't guessed by now, the two are father and son.

"It was not what I wanted to do for the longest time," the younger Bauer admitted.

"He told me there was no way he was even gonna be a doctor and he for sure wasn't gonna be a surgeon and the last thing he'd ever do is be a heart surgeon," the father explained.

But as time went on, Dr. Thurston Bauer realized he wanted to be a positive force in the world. He understood that medicine was the answer while working as a medical student in heart service.

"It felt new somehow," Dr. Thurston Bauer said, "and on the third day, I looked at my wife and I said, 'Honey, we need to talk.'"

"He chose heart surgery because that's what he wanted to do. It had nothing to do with me," the father said.

In what seems like a Bauer family miracle, the two now work side-by-side at the Heart Institute.

"It's hard to describe how much it means to be in practice together," Dr. Michael Bauer said.

And how much it means to a patient facing crisis that doctors believe in each other, with one common goal.

"Basically, we just work on the motor to keep it running," Dr. Michael Bauer said.