Over 200 cases of vaping-related lung disease and one death have been reported across the country. 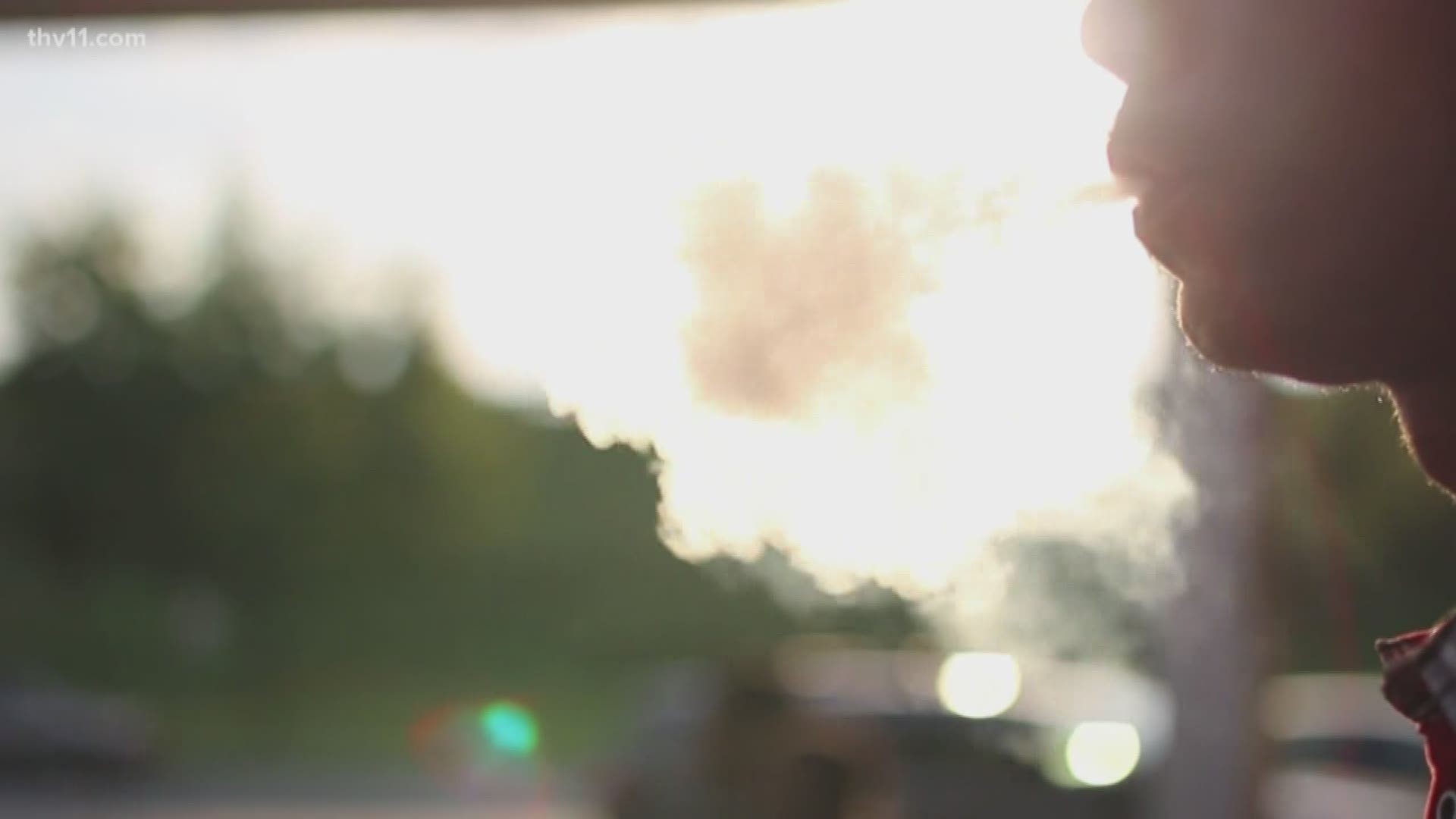 According to the Arkansas Department of Health, Arkansans who use an electronic smoking device, e-cigarette, or vape should take notice about the risk of a lung illness.

Wisconsin, Illinois, Indiana, Utah, California, and New York are a few of the states to have reported over 200 cases of vaping-relating lung disease and one death.

The products consumed could include a number of substances, including nicotine, flavorings, THC, synthetic cannabinoids, or a combination of these.

Further investigation is ongoing to determine the possible cause of the illnesses by testing patients and vaping products.

Symptoms of lung disease may include shortness of breath, chest pain, coughing, and fatigue. Fever, nausea, and diarrhea have also been reported in some cases. Symptoms may worsen over days and weeks.

Of the confirmed cases, all patients had vaped in the weeks and months leading up their hospitalization. People who experience any type of chest pain or difficulty breathing after vaping should seek medical attention.

“We are encouraging clinicians from across the state to reach out to ADH if they encounter patients with this illness and a history of vaping to help us better track, treat, and understand these illnesses,” said Dr. Appathurai Balamurugan (Dr. Bala), ADH Deputy Chief Medical Officer and State Chronic Disease Director. “We suspect there are cases that have not been reported yet.”

Arkansas state health officials and lawmakers are ready to work together to stop the teen vaping epidemic.

Another death was confirmed due to lung injury caused by e-cigarettes, which makes it a total of 5 deaths nationwide.

Dr. Joe Thompson, President and CEO of Arkansas Center for Health Improvement, said he hopes adding more regulations will put an end to this "new disease."

"I'm afraid that this is going to continue to evolve and that the numbers are going to grow," he said.

This is a sentiment shared by health officials nationwide as lung injuries caused by e-cigarettes pop up daily.

He said it will take the CDC quite a while to come up with the specific element that is causing this.

"It may be more than one element, it may be people reacting in different ways to breathing this in," Thompson said.

According to the CDC, 44% of high school seniors have used an e-cigarette and 20% do so on a regular basis.

Thompson said this is why several policy positions need to be put in place.

"We need to add it to the Clean Indoor Air bill, we need to raise taxes to make it equal to cigarettes, we need to allow local communities control about where these things can be advertised," he said.

There are several misconceptions that Thompson believes teens aren't aware of.

The main one being how much nicotine they are actually inhaling.

"One Juul pod contains the same amount of nicotine as a whole pack of cigarettes and some of our youth can go through a Juul pod in 20 to 25 minutes, so that's a big hit of nicotine," he said.

Thompson said the average age is 19 and that is why health officials are worried about teens becoming lifelong tobacco consumers.

"I really do fear our youth are seeing this as a fad, something cool to do," he said.

This is why Thompson is urging parents to take a closer look.

"I would strongly urge every parent, whether you believe your child is or is not vaping, to sit down and have a candid conversation," he said.

Monday afternoon at 1:00 p.m. there will be a joint Public Health Committee meeting where they will be taking a closer look at what can be done about e-cigarettes. It will be in Room 171 at the Capitol.

Wellness counselors help Arkansans quit tobacco through coaching and providing nicotine replacement therapy at no cost. The wellness counselors are available on weekdays Monday through Friday from 8 a.m. to 4 p.m.