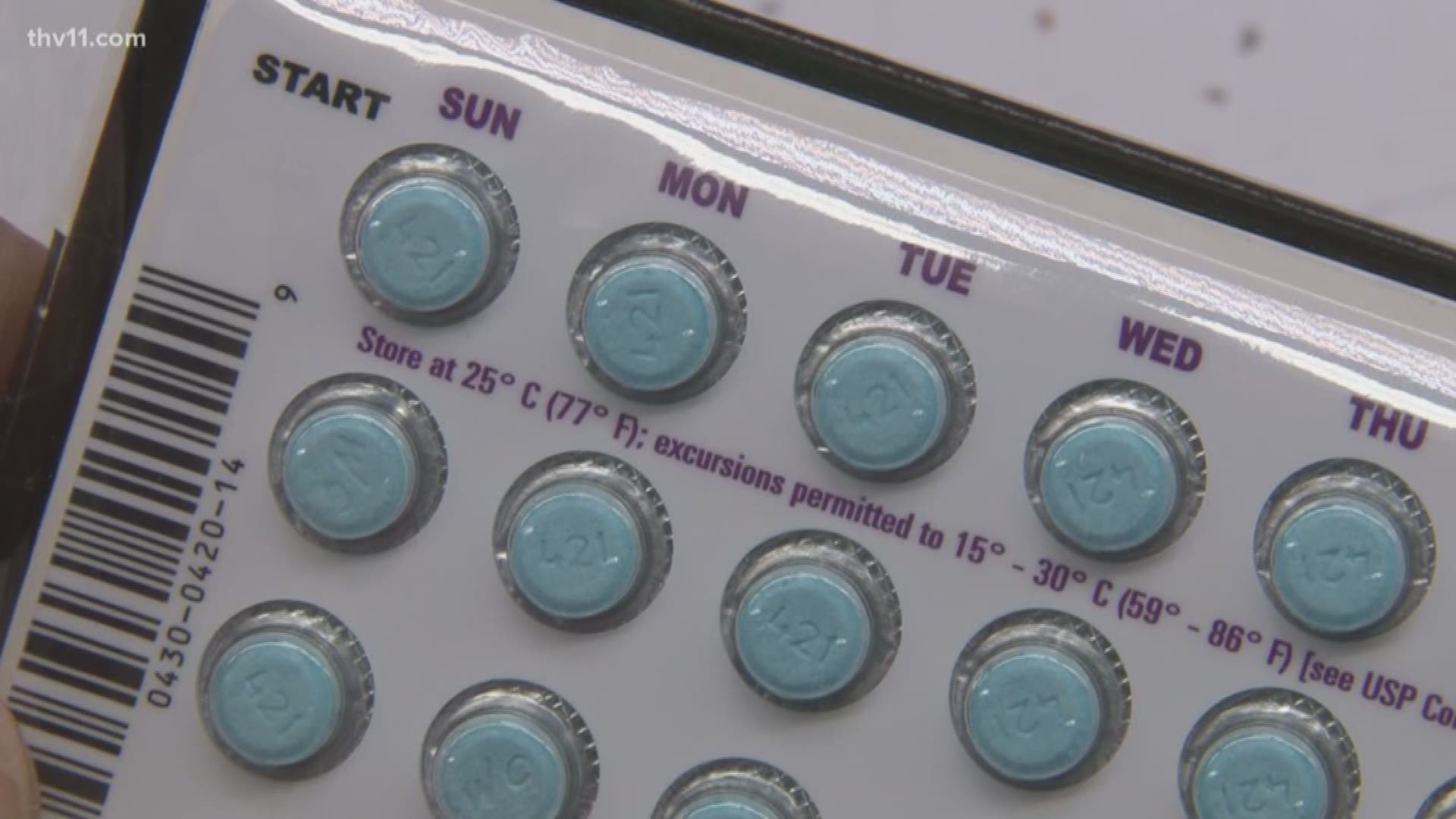 If you want to get on birth control in Arkansas, you have to make an appointment with your primary care physician to get a prescription. Rep. Aaron Pilkington, R-Clarksville, filed an interim study that looks into making birth control more accessible.

"We see in the Delta, a huge amount of people not having access to care that they need to and this is just part of the access problem,” Rep. Pilkington said.

According to the CDC, Arkansas has the highest teen pregnancy rate in the country with about 34 birth per 1,000 females. Rep. Pilkington said providing better access to birth control could bring unplanned pregnancies down.

“Me as a republican being pro-life, we need to make sure that we’re able to give care,” he said. “If they’re not at a stage in life where they’re wanting to get pregnant I think we should allow them to have that access.”

Rep. Pilkington is working to give pharmacists the authority to prescribe contraceptives. He hopes to bring up the initiative in the next legislative session.

“Other states have done it as well and they've seen a huge decrease in their pregnancy rate,” he said.

According to the National Alliance of State Pharmacy Associations, at least six states allow pharmacists to prescribe birth control. Those states include Hawaii, California, Oregon, California, New Mexico, and Maryland.

Rep. Ferguson is working with Rep. Pilkington on the study. She said it is vital pharmacists educate women about the dangers of taking birth control if passed.

“We also have to put patient protections in place,” she said. "We certainly want to have some type of information available with pharmacists for patients so they know that if they're smoking, it increases their risk of stroke."

Rep. Pilkington says this initiative could give people in rural areas better access to care.

"There definitely is a need for more physicians in Arkansas and so sometimes just being able to share the burden amongst other people in the healthcare community I think will be a great step moving forward,” he said.

Rep. Pilkington said he is working with healthcare providers and pharmacists to make sure they are comfortable with this issue.

Rep. Ferguson said if they feel they have a solid bill written, they will propose it in the next legislative session.