A Little Rock plastic surgeon is seeing an increasing number of women traveling from all over the world to have him take out their breast implants. 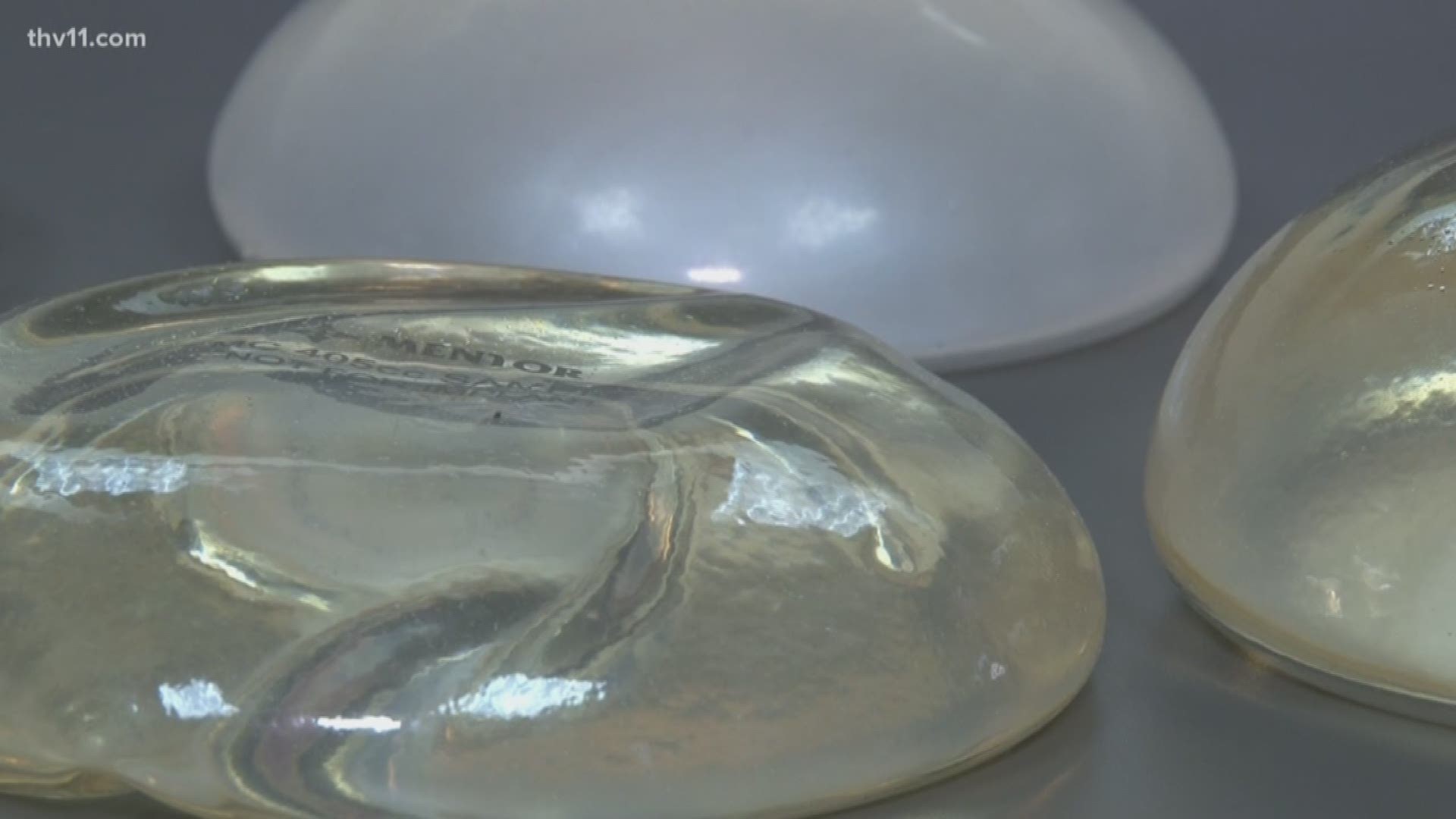 LITTLE ROCK, Ark. — (KTHV) - A Little Rock plastic surgeon is seeing an increasing number of women traveling from all over the world to have him take out their breast implants.

Breast implant illness is not an accepted medical diagnosis as of yet, but women still swear by taking out their implants. They claim the silicone or saline implant is the cause of their pain.

Dr. Eric Wright is a plastic surgeon with his own practice in Little Rock. He said lately, women have been traveling from all over to have him take out their breast implants.

RELATED: FDA listens to breast implant complaints after link to certain type of cancer is recognized

"In the past weeks, ladies from California, Colorado. Various states. Probably two thirds of the ladies now are out of state,” he said.

Dr. Wright has been performing the procedure called “En Bloc Capsulectomy” since last March. The procedure involves removing the implants within the shell of scar tissue. He performs at least seven of them a week.

These women claim taking their implants out completely got rid of their issues. But Dr. Wright said its unclear if breast implants are the cause, there is ongoing research to determine what exactly is going on.

"Both the FDA and the medical literature in the plastic surgery data show the implants are safe, but that doesn't mean that the symptoms these ladies are presenting with aren't real,” Dr. Wright said.

Lauri Denison had her implants taken out by Dr. Wright a year ago. She is one of many patients who swears by the surgery.

"I no longer take thyroid medicine. I haven't had a rash since I had implants taken out, I'm able to exercise now,” Denison said.

Dr. Wright said it is unclear how many women are going back under the knife.

"There's just recently been a database started by one of the plastic surgery society to track how many women are getting their implants removed,” he said.

But he said it is important women are aware of these possible complications.

"Wouldn't recommend everyone having their implants removed just out of concern for this, but know data is being collected and research is ongoing,” Dr. Wright said.

Dr. Wright said removing breast implants is not covered by insurance. He also said it takes about two hours to complete, double the time it takes to put them in.