Mammogram parties a growing trending to encourage women to get checked

According to the CDC, one in eight women will be diagnosed with breast cancer. But some women never get a mammogram because of the stigma behind it. 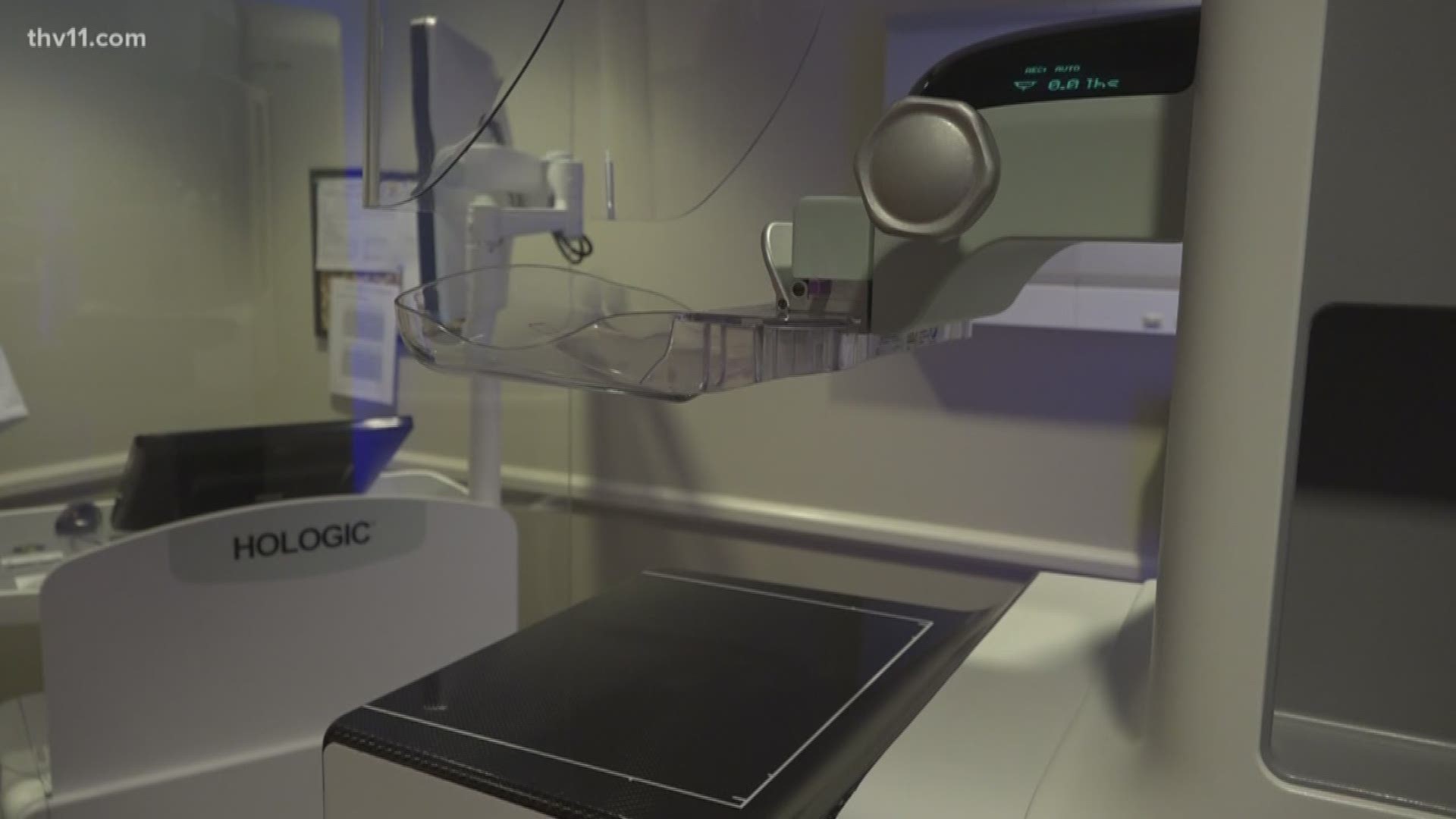 According to the CDC, in 2015, 65% of women 40 and over had a mammogram within the last two years. One in eight women will be diagnosed with breast cancer, but some women never get a mammogram because they fear it will be too painful.

"Everyone's scared to do it and it's not scary," Dayle Carozza said.

For Dayle Carozza, a mammogram party saved her life.

"I think because of my friend's excitement it made it easier for me to be like, 'okay, let's do this,'" she said.

While her friends went in for their mammograms, Carozza did a quick self-exam and felt a lump in her breast.

"I actually came back two days later and did the diagnostic and it turned out I had breast cancer," she said.

She said if it wasn't for that party, the cancer likely would have gone undetected.

"When you come to a party with eight or nine women, the odds that one of us was going to have it was pretty high," Carozza said.

Alisa Petet with Gastro Arkansas heard Carozza's story and organized a party at RAPA for her coworkers. On Thursday, she and 15 others got a mammogram.

“Mammogram parties are relatively new," Petet said. “The equipment used to do that is not nearly as painful. As one of the radiology techs described it, it's like getting your blood pressure taken, but it’s your breast.”

At RAPA, doctors use 3D mammograms, making it easier for them to detect cancer.

"If you have any question that you have a lump, go get a mammogram," Carozza said.

Carozza said she will undergo a double-mastectomy next month, but she hopes her story will inspire more women to get checked.

If you are intersted in organizing your own mammogram party with friends or coworkers, contact Timika Nicholas with RAPA at timika@rapaxray.com.

RELATED: 'Any mammogram is better than no mammogram at all' | Wear the Gown

RELATED: Over 2,000 women in Arkansas will be newly diagnosed from breast cancer this year, CDC says