Battling Addiction: The Story of Austin May

A Bryant family is still trying to heal after their 23-year-old son, brother, and grandson passed away from a drug overdose. 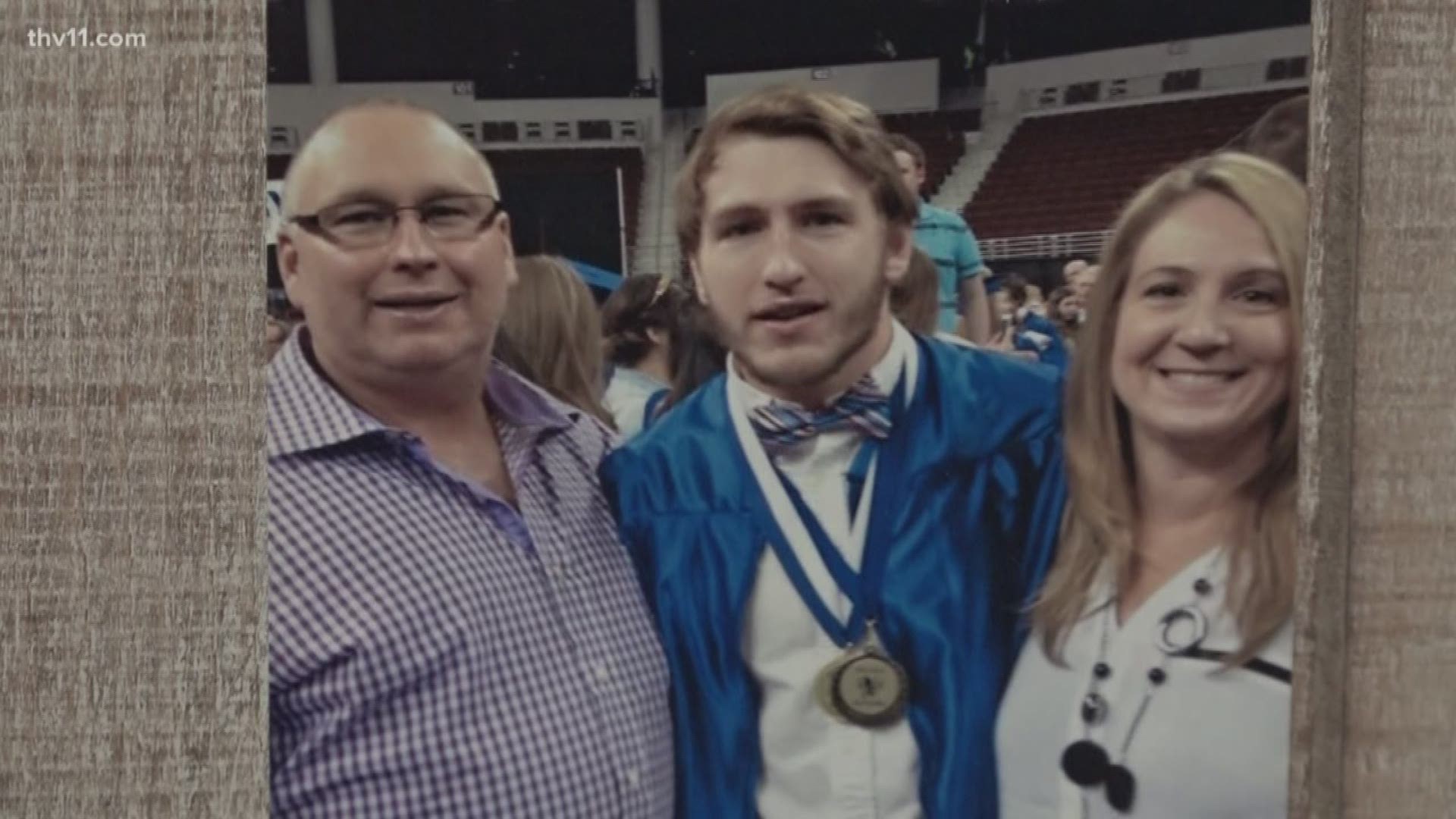 BRYANT, Ark. — A Bryant family is still trying to heal after 23-year-old Austin May passed away from a drug overdose.

"That's him and Cassie, him and his momma, and there he is wrestling," said Austin's father, Stan May, as he flipped through a photo album, remembering all the wonderful times he and his son had.

"He was good at whatever he decided to do. He was very smart. I don't know if he made anything less than an A," said BJ May, Austin's grandfather.

Since Austin always made good grades and never got into trouble, his father now believes he may have given Austin more freedom than he should've.

But after going off to college, Austin's father knew something wasn't right.

"I guess he wasn't there long and he got a DWI. And we always preached to him the importance of not drinking and driving, and he went a year or two, he got another DWI," Stan explained. "And it was Christmas break, and he came home from ASU and he said that he had a problem and he didn't want to go back to school."

This was the beginning of Austin's drug addiction. For the next two years, he struggled with meth and heroin.

Austin went to rehab twice. The second time, he came home this past July and his family noticed he was in good spirits.

Stan said they spent the whole week together. Austin even had a job interview that Thursday and said that he supposedly got the job.

"Friday night we went out to eat, and we got back home and we watched a documentary about a basketball player that was on heroin. At 1 a.m., I told him I was going to bed. It was Saturday morning," Stan explained.

Stan woke up around 6:55 a.m. and noticed Austin's bedroom light was on and the door was locked. Once he got the door open, he realized that Austin had passed away.

"He was laying on the bed dead, and I picked him up and I turned him over and I shook him and I said 'what have you done,'" Stan said.

Austin's grandmother, Mary Lou May, said she couldn't move when her son called to tell her Austin had died.

"You ask why. Why did this happen to us? What. And the only thing you can do is talk to God and ask him to help you," said Mary Lou.

Austin's brother, Zach May, said he's learned that addiction is something that may be difficult to comprehend if you aren't the one going through it.

"Something I learned, personally, was that you can get angry with them all you want, but this is something much worse than we can comprehend, especially because if someone goes through that, you don't really realize what that person is going through or how bad that situation is, especially if they are trying their hardest to get free, but sometimes that's just not possible," Zach said.

The May family is hoping by sharing Austin's story, they may be able to help another family going through addiction.

RELATED: Arkansas doctor suspended for prescribing ‘5 gallons of cough syrup’ to patients gets privileges back