“What I see is the gratefulness that they've been given a second, maybe third, fourth, fifth chance to live out the rest of their life being a productive citizen.” 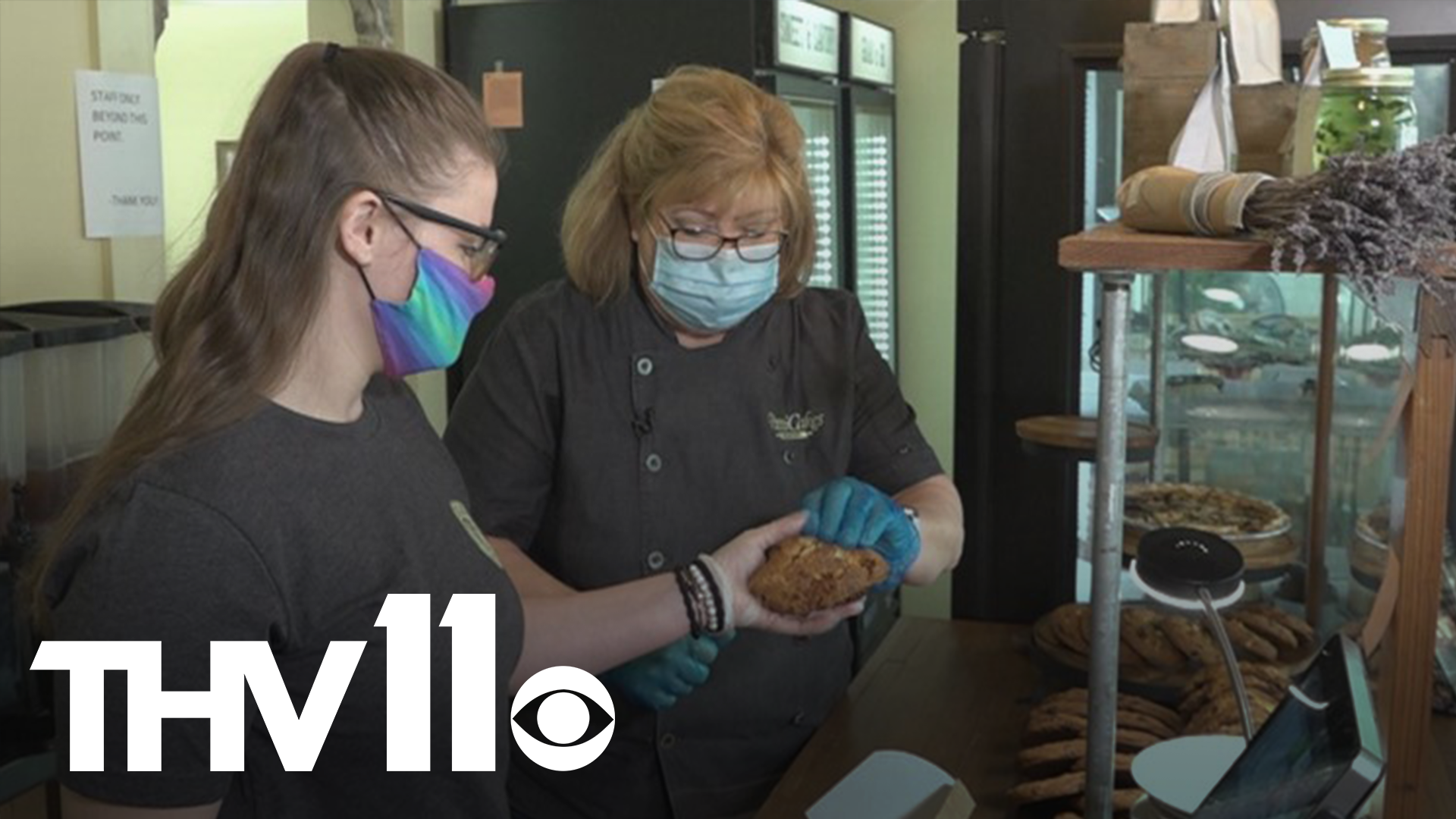 CONWAY, Ark. — Sometimes, the right people come into our lives right when we need them. Such was the case for an Arkansas woman on the path to recovery.

21-year-old Lilly Hutson’s story is one with many chapters.

“I was raised in a toxic environment,” she said. “I had drug abuse and addiction all around me. I always looked at my environment and said that I never wanted to be that way.”

However, she did become addicted to drugs and alcohol.

“I found myself addicted to marijuana, and I was an alcoholic, and I eventually started using fentanyl,” Hutson said.

But now, she is almost one year sober – an accomplishment she attributes to faith.

“The only thing I can do is thank the Lord,” she said.

After overdosing last year, Hutson enrolled in Harbor Home – a faith-based recovery center for women. She met Patti Stobaugh, owner of PattiCakes Bakery, during an event there.

Just like that, she had a job. No questions asked.

When asked what she looks for when filling open positions at the bakery and at Stoby's, the restaurant she owns with her husband, Stobaugh answered without hesitation.

“That is such an easy answer for me,” she said. “We hire for attitude and train for skill.”

That strategy has resulted in opportunities for countless people in addiction recovery, including Hutson and Stobaugh’s own stepson.

“What I see is the gratefulness that they've been given a second, maybe third, fourth, fifth chance to live out the rest of their life being a productive citizen,” said Stobaugh.

In recent weeks, Hutson has found herself on the path to independence.

“This is the first time in my life where I feel like I’m able to get everything done that I need to get done and make these ‘big girl moves’ because I just bought a car with my own money, and I’m about to move into a house,” Hutson said. “All of my money went to drugs before. I’ve never had anything to myself that I’ve done for myself.”

With gratitude, she shares her story – one that comes with many lessons.

“I want people to know that you can recover from addiction and be successful in life afterward,” Hutson said. “And there's nothing to be ashamed of about the life you used to live so long as you're not in that anymore.”

Stobaugh said she is thankful for the opportunity to help people on the path to success, regardless of their background.

“As far as I know, I can't remember a time that we have ever asked someone if they committed a felony,” Stobaugh said. “We've had an open door. We have a very diverse workforce, very diverse. I think the main thing to other employers is take a chance.”