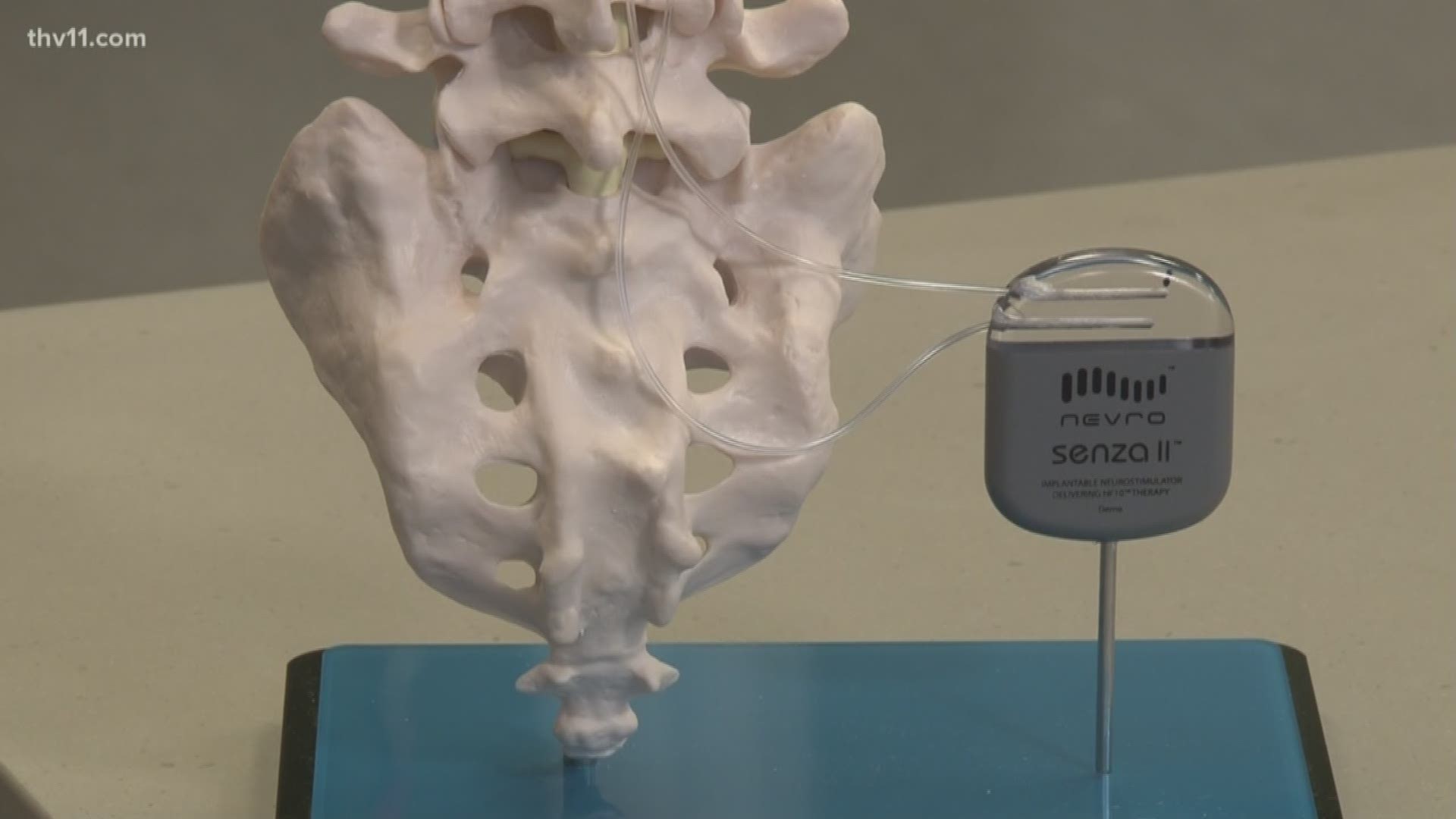 LITTLE ROCK, Ark. (KTHV) - Technology is increasingly allowing doctors to treat chronic pain conditions without the use of opioids and other drugs.

For years, doctors have used spinal cord stimulation to relieve chronic pain in certain areas of the body. Recent advances are allowing them to treat even more conditions.

Joyce Williamson was diagnosed with CRPS following a wrist surgery several years ago.

"If I made it through work a week, I didn't want to get out of bed on the weekends," Williamson said.

In her search for relief, Williamson turned to Dr. Christopher Paul, a physician in the Interventional Pain Clinic at UAMS.

"These devices are percutaneously placed into the epidural space and they give little bits of electricity almost akin to a pacemaker for the heart, but for the back," Paul said.

He said only a handful of doctors in Arkansas are using the devices to treat CRPS -- an intervention made possible by recent advancements in technology.

In June, Williamson underwent the procedure to have the device implanted.

"Within three to four weeks I could tell a big difference," she said.

She said the spinal cord stimulator has allowed her to enjoy her life without the pain that once consumed it.

"I can get down and crawl with the grandbabies," Williamson said. "I've had my peers at work tell me you're back; we've got the old you back. It's been life-changing," she said.