State law enforcement and public health leaders marked progress in the effort to save a generation from opioid addiction at this fall's Drug Take-Back Day. 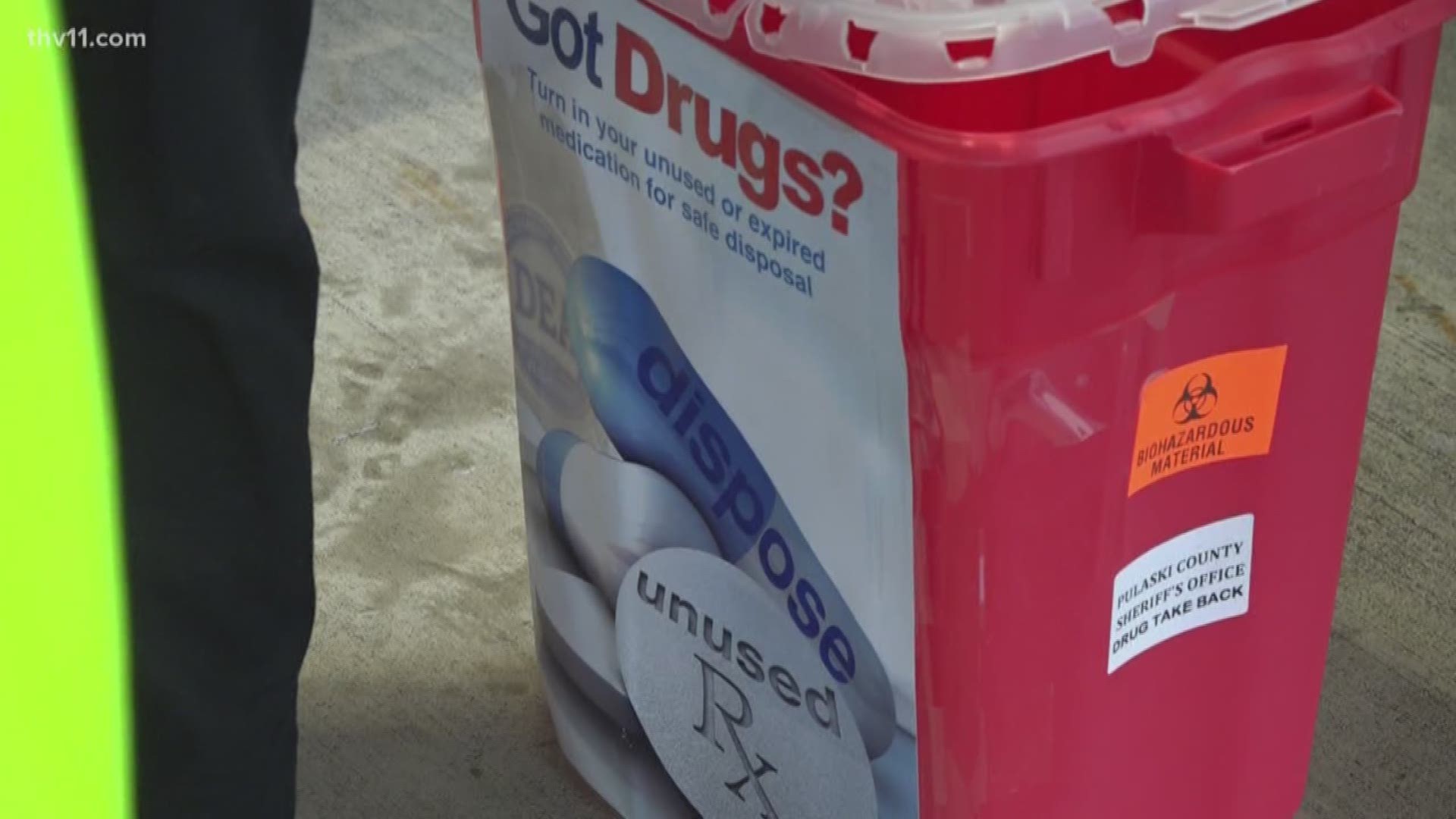 LITTLE ROCK, Ark. — State law enforcement and public health leaders marked progress in the effort to save a generation from opioid addiction while looking to future challenges at this fall's semi-annual National Drug Take-Back Day in Arkansas.

"The whole concept about drug take back was about education," said Chief Kirk Lane. "[We're] educating communities to monitor, secure and dispose."

That's the message that's been pushed twice a year throughout the opioid crisis when an early wave in the epidemic came from pills in our own homes.

"Unknowingly, they have drugs in their homes that children, grandchildren, loved ones, people from church that they are stealing because they are addicted to high-powered prescriptions," said Arkansas attorney general Leslie Rutledge as she toured the drop off location at Arkansas Children's Hospital.

The attorney general's presence fits with the other law enforcement leaders on hand, including Pulaski County sheriff Eric Higgins. But they were also flanked by health professionals as hospitals play a more active role in getting drugs back after prescribing them out.

"We've installed three permanent kiosks inside the hospital located in convenient locations for families," said Joe Knight, the environment, health and safety engineer for ACH. "They can bring their medications in for disposal. We got involved when you look at stats that show how many young people began their addictions with drugs they got from friends or family."

"The day now is really about the buy-in," said Lane about the disposal bins in more and more places. "Everybody is wanting to get involved because they know the necessity of this education and what it's doing to save lives especially right here in Arkansas."

With a new epidemic on the rise, Rutledge joined the nationwide call to get vaping products into bins this season.

"Vaping has been marketed as something that's so much safer than cigarettes when it's not," she said while pointing to recent warning letters to vaping dealers and lawsuits against e-cigarette makers. "We want people to bring their vapes out. We want to eliminate those dangers, particularly for young people."

While the vaping battle begins and the constant problem with meth lingers over the state, Drug Take-Back Day will have to continue to keep addiction threats at bay.

"We're going to have years of impact of individuals who are addicted who have health issues and their families who have been with them through these addictions and who have lost loved ones," the attorney general said.