An Arkansas mom on a mission hopes to prove that, by showing the true faces of the drug epidemic. 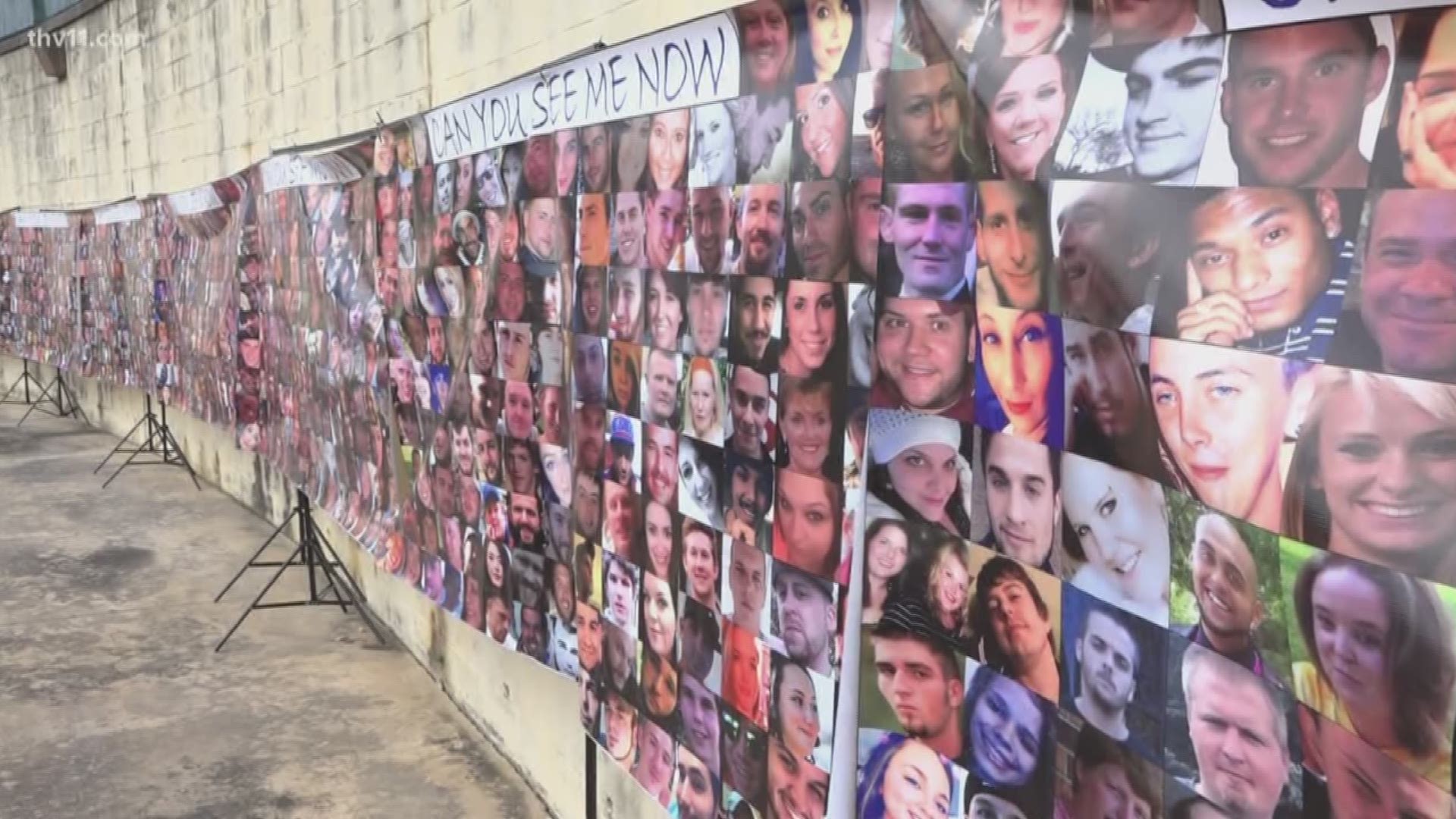 LITTLE ROCK, Ark — So often when we hear the word addict, an image comes to mind. Often, though, the face of addiction is so much more familiar than what we picture.

An Arkansas mom on a mission hopes to prove that, by showing the true faces of the drug epidemic.

When Tracie Carter's 22-year-old son Trey died of a fentanyl overdose in 2018, she knew she had to do something.

“I wanted to show the faces of those lost. To show that they were people,” said Carter.

Through social media, Carter learned of a woman who was walking from the Canadian border to Key West in honor of her loved ones and her own battle with addiction. Carter decided she would join the woman in the last mile in Key West. However she wanted to bring something in honor of her son.

The West Memphis mom starting collecting photos from around the country of sons, daughters and loved ones who died of a drug overdose. She put them on banners and walked with them.

“The people on the streets of Key West were like who are those people? What are you doing? And I was like they are being seen! I was excited,” said Carter.

Carter said it was then that she knew this was just the beginning. Her goal was to end the stigma.

“Everyone thinks a junkie is somebody laying on the street. No teeth and homeless. That wasn't my son. That isn't many of the faces on these banners,” said Carter.

Each banner has 150 faces from all over the country, nearly the same number of people who die from a drug overdose every single day in the United States.

“Driving here today I completed banner 15 so we are now on banner 16,” said Carter.

As word spread about the movement, which she calls "Can You See Me Now,” photos started pouring in from around the country and from close to home.

Little Rock mom Staci James lost her son Hagen to a fentanyl overdose. His face is among the more than 2,200 hundred faces on the banners.

“He was just larger than life with a big heart. A huge, huge heart,” said James. “His first overdose was his last.”

Together the two Arkansas moms have made it their mission to bring the banners to schools, festivals and walks around the country. So far they are in 13 states and counting.

“These banners were born in Arkansas. That is something to be proud of,” said James.

Carter said she wants to make sure the face of her son and so many others will never be forgotten. She also wants to educate people on what the face of addiction really looks like.

“People ask me when are you going to stop and I won’t stop. I’m not going to stop. I’ll be doing it until it’s my time,” said Carter.

The banners will be on display at the Arkansas Drug Epidemic Awareness Walk Across America on March 21st in Little Rock.

If you have a photo of a loved one you would like to put on the banners for the walk, email them to CYSMNbanners@gmail.com or you can post a photo on the Can You See Me Now Facebook page.

The deadline to get pictures on the banner for the walk is Sunday, March 8.

CAN YOU SEE ME NOW
This group was created for all of those lost to addiction. If you feel you would like to share your loved ones face so the world can see and remember them please share here. This page is solely for...

RELATED: Arkansas agencies share updated numbers on the battle of the opioid epidemic