The summit brought a sign of hope this year, nearly tripling in size since it started eight years ago. 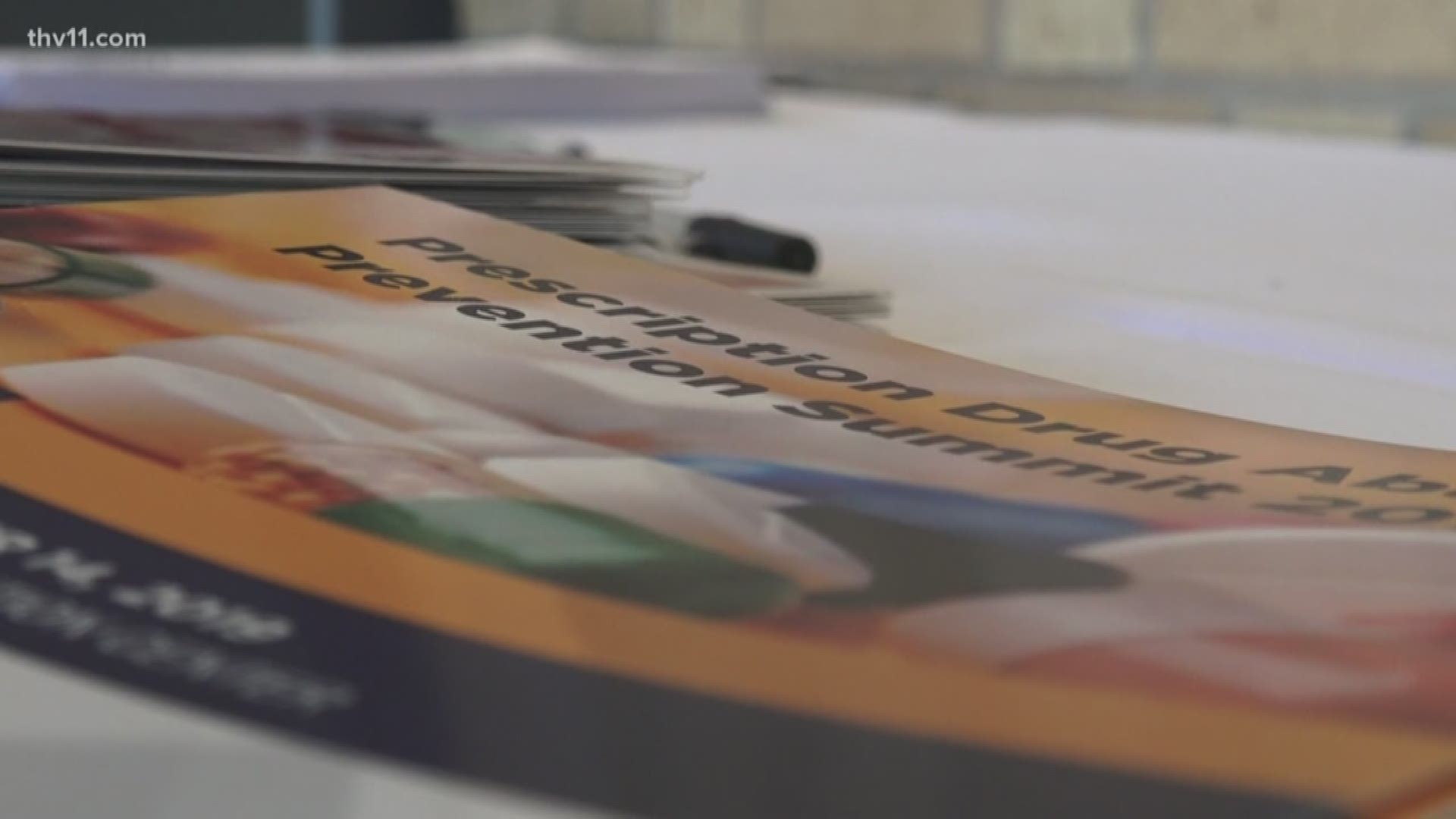 ARKANSAS, USA — As the fight against the opioid epidemic in Arkansas continues, more people are joining the fight to end it.

The state has made strides when it comes to combating this crisis, but state officials can’t beat it alone. More and more people are realizing that.

“Hope is alive, recovery is real, people can seek relief,” said Christopher Dickie, in long-term recovery. “We've got to work together to put our arms around it.”

Dickie is just one piece to the puzzle that will help solve the opioid crisis.

Knowledge about prevention, treatment, recovery and enforcement came together in one room where many minds brainstormed and learned more.

People shared their stories about loss and heartache to opioid addiction, including American business man, Jerry Jones, and THV11’s very own Laura Monteverdi.

But the summit brought a sign of hope this year.

"These people realize 188 people a day are dying of a drug overdose," said Lane.

Since the Prescription Drug Abuse Prevention Summit started eight years ago, it's nearly tripled in size.

This means that more people than ever are getting in on the fight against addiction.

"Working together and understanding each play in this game, wins the game,” said Lane.

Arkansas still has the second highest opioid prescribing rate in the country, but Dickie has faith that with the momentum Arkansans have to end the crisis, they'll pull ahead in this battle-- and eventually be able to help others.

"We are going to be able to give back to other states because of the successes we are finding,” said Dickie.

Lane said Arkansas is on the path to collecting 200 tons of prescription drugs at the next Drug Take Back Day, calling it "monumental."