The opioid crisis hasn't taken a break during the COVID-19 crisis, but Narcan has saved hundreds of lives during that time. 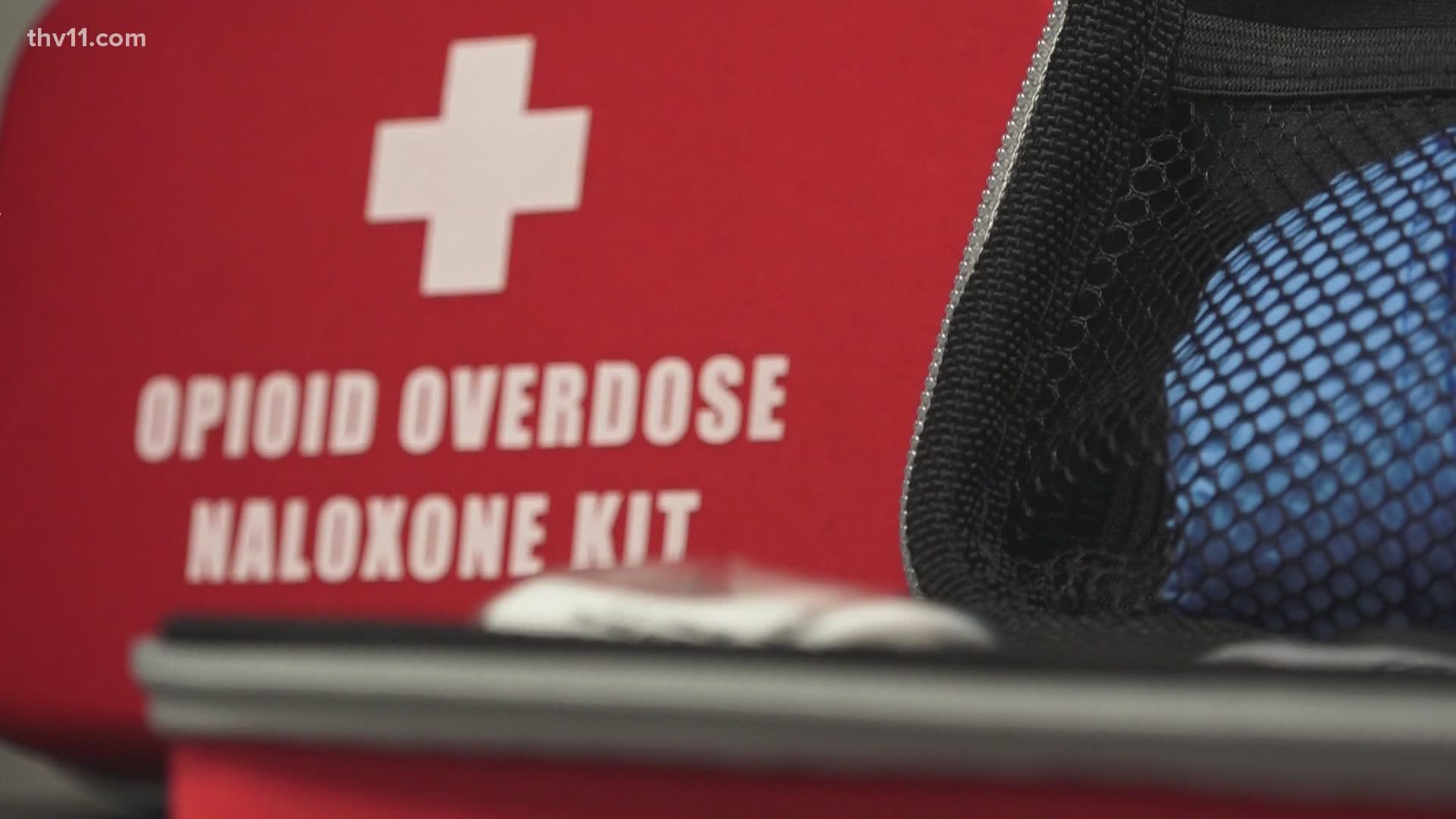 LITTLE ROCK, Ark — The opioid crisis has not taken a break during the COVID-19 crisis, but the overdose reversal drug Naloxone is being credited with saving hundreds of lives as society sheltered-at-home during the pandemic.

"They're lonesome. They're isolated. They're bored. They're stressed economically or socially," said Arkansas Drug Director Kirk Lane, summarizing how many people, particularly those with substance use disorders, are feeling since the arrival of coronavirus in the state.

"When they get stressed, the one thing they know is getting high," he said. "They know exactly how they feel."

Those concerns have been cited by psychologists and treatment professionals in the debate over locking down to control the spread of the virus. Lane wanted data, and the numbers he got back delivered positives and negatives.

The headline: Naloxone, known by its brand-name Narcan, has been a difference-maker.

"We saw a huge increase in how often it has been administered in the last five months compared to last year at the same time," Lane said.

Data came from two programs that report whenever they deploy the drug to stop an overdose. Use by law enforcement officers went from an average of 13 saves a month in the March-July period last year, to 34.2 during the same five months into 2020.

Deployment by emergency medical services went from 202.8 saves last year to an average of 269.6 per month this year.

It clearly shows the need for Narcan is up, but it also led to a surprising positive.

The number of fatal overdoses declined. The numbers show some 29 people died on average in 2019, but only 26.8 per month this year. It continues a trend that began with Naloxone programs in the state, though Lane cautions the data is provisional and that death reporting can often lag as information is processed in the state's system.

"We're beginning to realize that Narcan really is that second, or third, or fourth chance to get people to recovery and we know that recovery works," Lane said.

Law enforcement officials found another silver-lining. Many people did spring cleanings on their medicine cabinets.

"I think people in this epidemic are more health conscious," he said. "They're at home. They have time on their hands, so a lot of them are cleaning out their medicine cabinets."

The semi-annual Drug Take Back Day was postponed this spring because of the pandemic, but that didn't stop people from bringing at least 26,000 lbs. of unused medication to the 250 drug return boxes in the state. Those drugs were destroyed Wednesday at an environmental clean-up facility in El Dorado.

The state's opioid fight relies on a third program that was negatively affected in these last five months. Check-ins at recovery centers and programs declined, as facilities restricted how many patients they took in and people who needed treatment held off moving into a congregate setting.

Lane expects that part of the recovery plan to resume as the virus gradually comes under control, but for now, he says the people leading the fight have their eyes open for what works.

"We're seeing with the Naloxone administrations that we're seeing a lot more people overdose," he said. "But we're also seeing that we're there and prepared to deal with it."