Experts say there has been a sharp spike of overdoses in the state since this pandemic began. 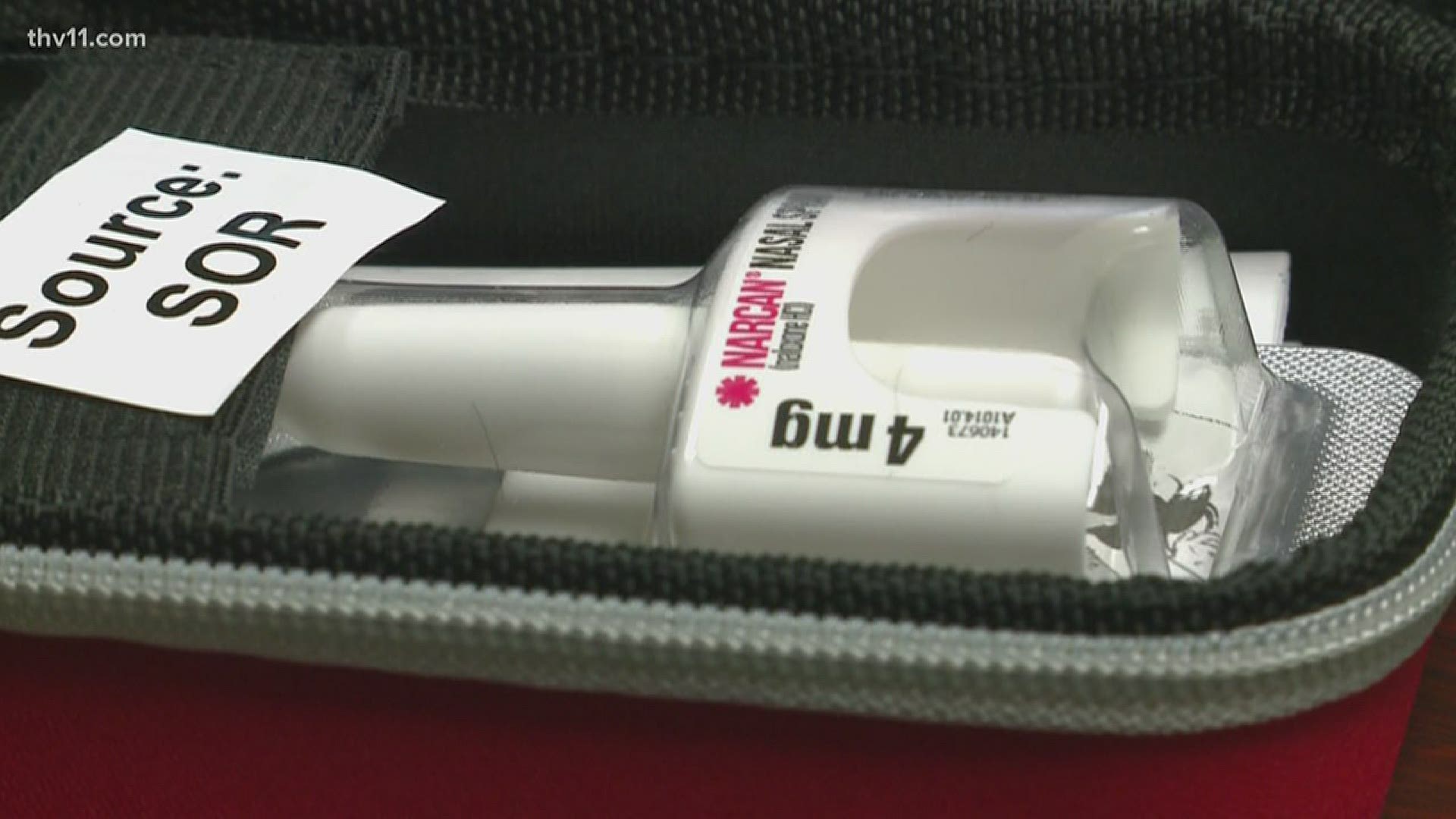 LITTLE ROCK, Ark — As Arkansans stay at home and practice social distancing, experts say that isolation could be deadly for those struggling with substance abuse.

There is proof of that in the sharp spike of overdoses in the state since this pandemic began.

“In the last 30 to 40 days we’ve seen a rise in those Narcan administrations,” said Arkansas State Drug Director Kirk Lane.

Known as Narcan or Naloxone, the opioid overdose reversing antidote is saving lives across the state.

However, Arkansas State Drug Director Kirk Lane said since March 15th, the number of saves by law enforcement has more than tripled.

Lane said the type of drugs being used range from heroin and marijuana laced with fentanyl to prescription pills. He said the number of times Narcan was used in suicidal overdoses has also increased.

“We are seeing suicidal situations where we usually have about one per month we are seeing 6,” said Lane.

Brittany Kelly is the founder of the Matt Adams Foundation for Opioid Recovery, in honor of her brother who died from an overdose in 2017.

RELATED: Community comes together to help those battling addiction know they are not alone amid COVID-19

“We have to stay home, but we don’t have to disconnect,” said Brittany Kelly.

In two years, the nonprofit has distributed 2,600 Naloxone kits to Arkansas and surrounding states. However, since the pandemic began, they’ve had to change their way of doing things.

“COVID-19 has impacted our distribution side of it because we aren't meeting face to face right now in order to show them how to use it and how to react,” explained Kelly. “We’re providing digital training and doing it over the phone and if they need the supplies we will ship it to them.”

Lane said Narcan also be obtained at any pharmacy without a prescription. The free Narkansas app will show you how to administer it and what to do in the event of an overdose.

“I’m really proud we have been training an army across the state,” said Lane. “We have first responders trained, but anyone can be a first responder.”

Kirk said another simple thing you can do is pick up the phone and check in on someone who you worry may be struggling. This is also a great time to talk to your family about resources that are available.

If you are struggling with addiction, can find resources of help here.