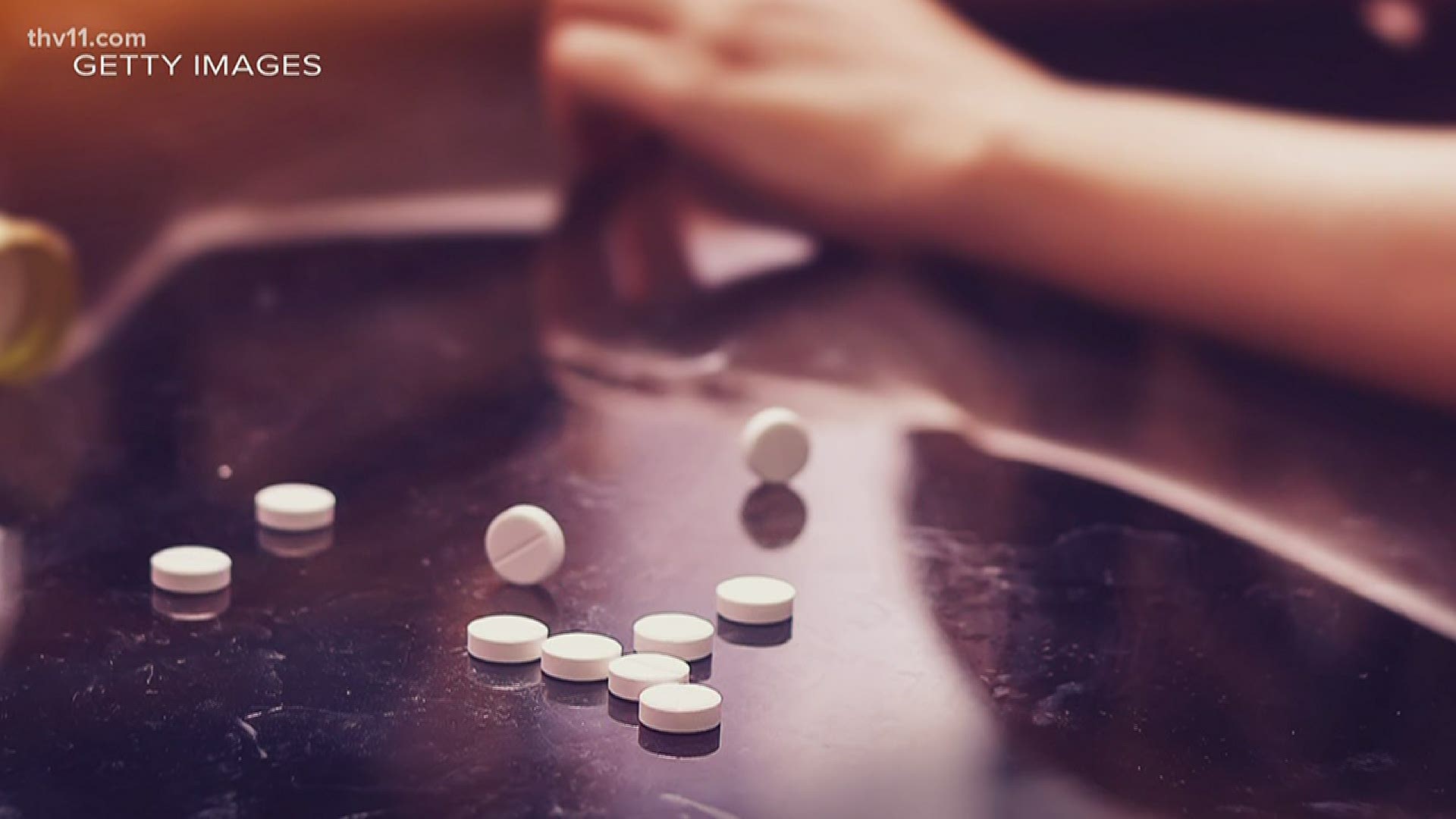 The report shows Arkansas saw a 21.4 percent decrease in drug overdose deaths from October 2018 to October 2019. According to the map, that is the biggest decrease compared to any other state. While the numbers look good on paper, Stalaurate Drug Director Kirk Lane said, simply put, they aren't accurate.

“I fear we are 30 to 35 percent underreported. Even though we have had some good drops in our overdose deaths, that number is still missing on where it is,” said Lane.

Lane said while Arkansas did see a decrease in overdose deaths in the last year (According to the Arkansas Department of Health, the state saw 426 deaths in 2018 and 382 in 2019) the state's system when it comes to reporting them accurately is nowhere near where it should be.

“I think it’s not fair to really compare us with other states that have outstanding reporting systems. I don’t think that would be a fair evaluation of the issue,” said Lane.

So why is that? Lane says the answer lies, in part, with our state’s county coroners.

“When you are talking about real time data - it really doesn’t exist,” said Saline County Coroner and President of the Arkansas Coroners’ Association, Kevin Cleghorn.

However getting every coroner on board has been an issue.
“We have coroners who don’t want change. They have been doing this for so many years,” said Cleghorn. The old adage if it’s not broke, don’t fix it; well its broke. We need to fix this because it is getting worse and worse.”

Technology also plays a role. Lane said the state is working on getting more grant money to provide coroners with the resources they need, however that grant money is dependent on accurate information.

“What frustrates me so much is that we are applying for grants, we are in that grant cycle right now that will affect 2021 and 2022, and a lot of information came from 2017 and 2018,” said Lane. “We need real-time data to be effective. It is so important in this solution; knowing what the problem is, how to identify the problem and knowing what solutions you have to fix that problem.”

Cleghorn said while Arkansas is making progress, there is more work to do in order to get accurate numbers and lower the death rate in the state.

“I would like to think we are making an impact, but it does look like we are on the right path,” said Cleghorn.

THE MDI system is free for coroners to use.

Lane said there are a number of factors that attribute to the decline overdose deaths, including education, prescribing habits, the ability to provide treatment and the availability of Narcan, the opioid overdose reversing antidote.

You can find the Provisional Drug Overdose Death Count here.

RELATED: Community comes together to help those battling addiction know they are not alone amid COVID-19