After more than 40,000 pounds of frozen chicken were handed out on Monday, one woman said her chicken wasn't frozen and the 'best by' date was September 2018. 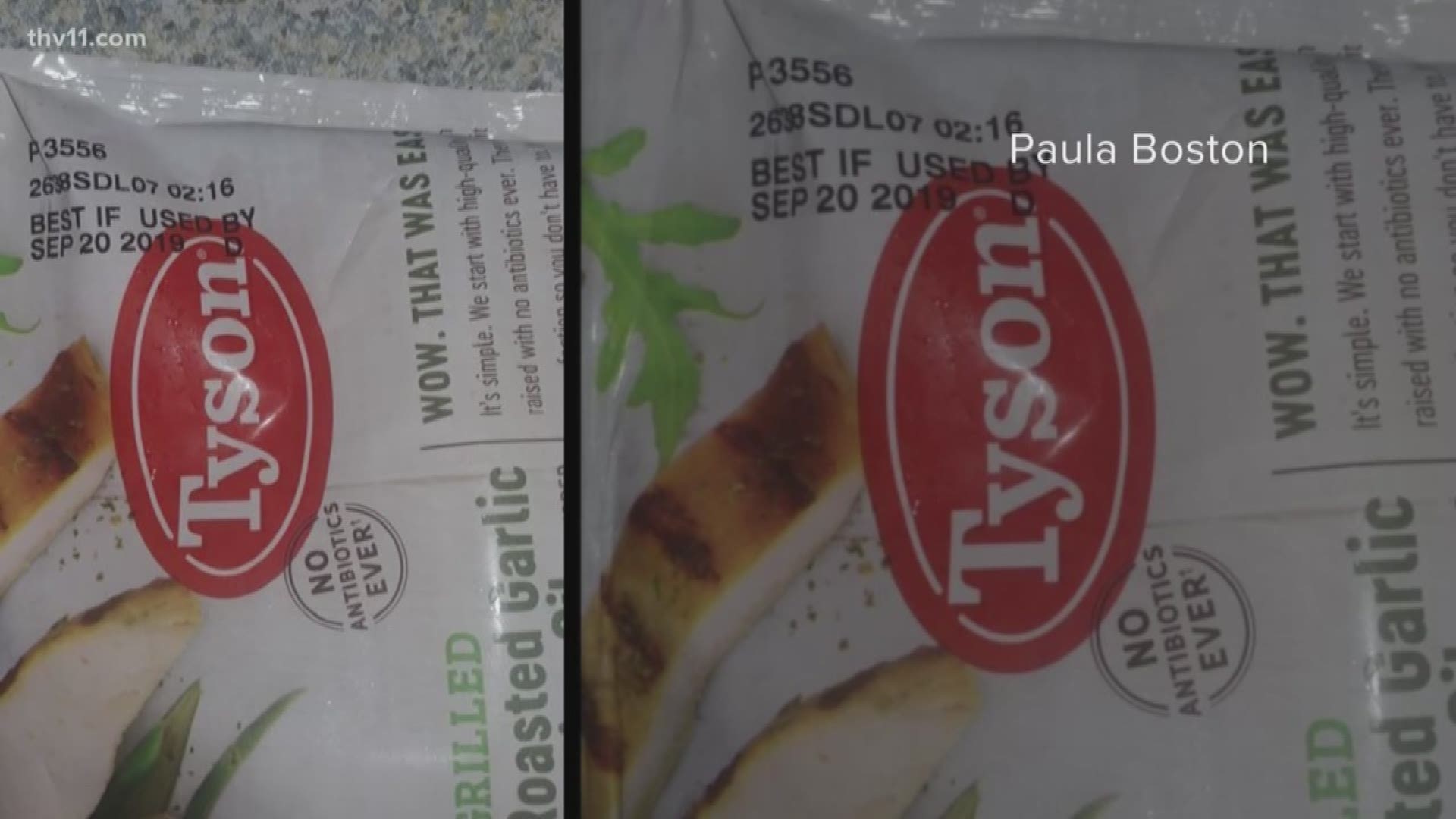 PINE BLUFF, Ark. — People are outraged after a food donation event in Pine Bluff where more than 40,000 pounds of frozen chicken were handed out.

On Monday, Tyson Foods partnered with the Delta Network Food Bank to donate the food to help relief efforts during the COVID-19 pandemic. Some of that free food, however, one woman claimed was expired.

Paula Boston said she was hoping the chicken would get her family through a rough time. However, it left her with more questions.

"A lot of us that are a little more less fortunate than others, we thought that this was a big thing that was going to help us out and at least buy us some time," Boston said. "We do appreciate them taking the time and consideration out to come."

Boston said with children at home, it's something that came just in time.

"My bag in particular had a bag of buffalo wings, a bag of grilled chicken strips, and a bag of popcorn chicken," she explained.

But after taking a closer look at the chicken, she wasn't sure it was safe to feed to her family.

"They were cold, but they were not frozen. When I got home, I realized that one of my products was actually dated for September of 2018," she said.

Tyson provided this statement in regard to the event:

"Tyson Foods is committed to providing safe, quality food to our customers, consumers and those in need. We regret providing product past its “best by” date during the donation event in Pine Bluff and understand the communities concern. “Best by” dates for frozen items indicate flavor or best quality and do not indicate that products beyond that date are unsafe to eat. Nevertheless, we are working to provide another truckload donation to Pine Bluff and appreciate the community’s patience as we work to deliver millions of pounds of donations to hunger relief agencies across the country."

However, Paula says the condition of the food was concerning.

"It's not a product that I would buy in the store dated like that, so why should I feel safe for someone to give it to me to eat?" she said. "I just feel like, I understand that we were in need, and that's why they were reaching out to help us, but it makes it feel like they didn't care. That we would just take anything."

An Arkansas Department of Health representative said poultry is safe when frozen for up to a year and 'best used by' dates are placed voluntarily on poultry.

We reached out to the Delta Network Food Bank, but have not yet heard received a response.

A Tyson spokesperson said they do plan to provide another truckload donation to Pine Bluff.

A spokesperson with the Arkansas Department of Health provided this input regarding poultry:

In general, date marking of commercially packaged foods is not required. Manufacturers who chose to label their products with “Best if Used By” dates are doing so voluntarily so that the customer knows when they can expect the product to have the best taste and quality. Therefore, these dates are not an indicator of food safety. The only exception is for infant formula which can lose its nutritional value over time and should not be used past the date printed on the product. However, consumers should not consume any food that appears to be spoiled, has an off-color or odor, or is otherwise adulterated.

RELATED: Staycation ideas for your spring break in Arkansas