Six people in the state of Arkansas have died due to flu-related illness during the 2019-2020 flu season, according to the Arkansas Department of Health. 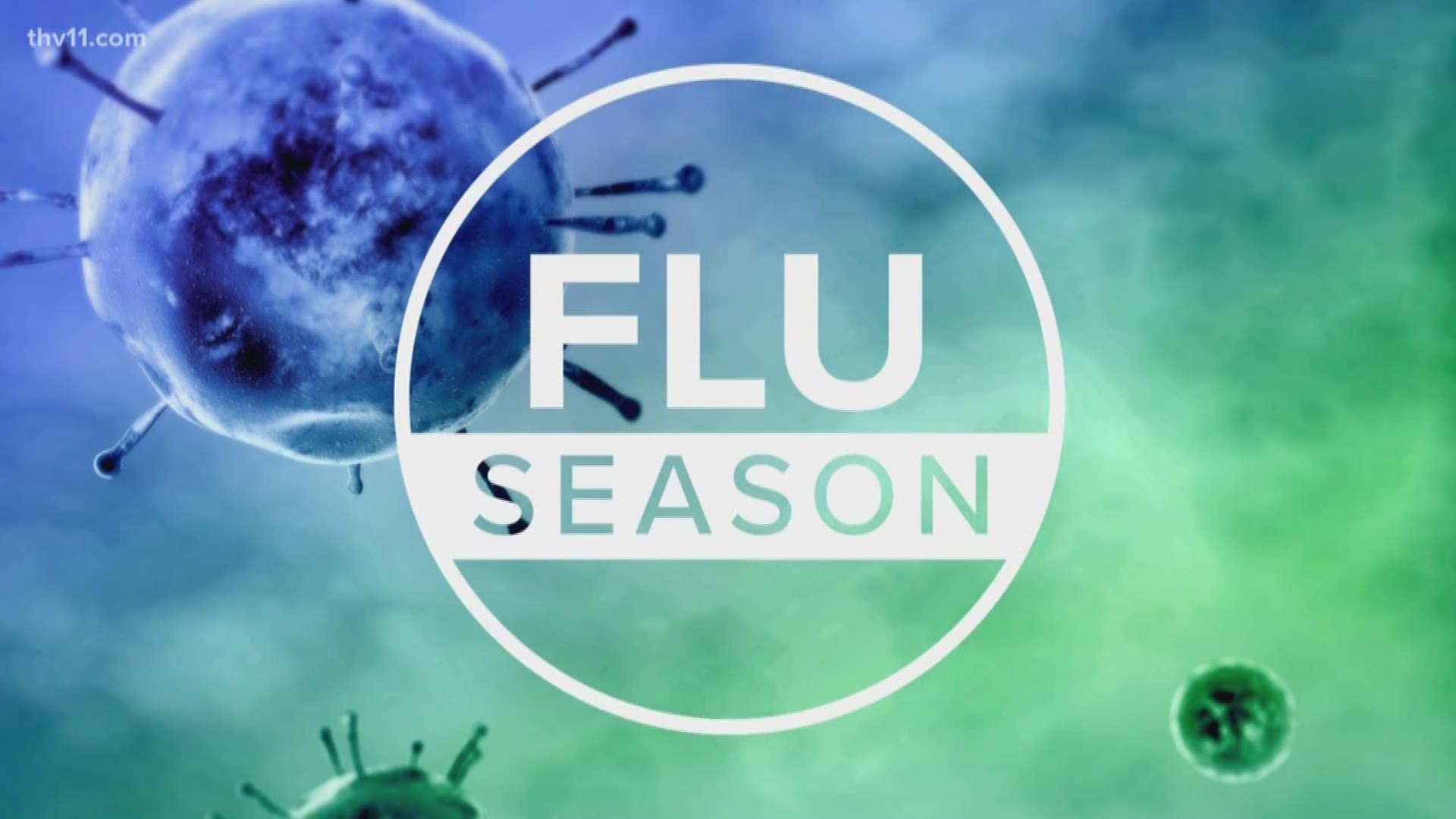 LITTLE ROCK, Ark. — Two more Arkansas families are mourning loved ones who died after they got the flu, the health department reports.

One middle-aged person and one elderly person have died, bringing this season's total to six. We won't know how much the flu spread during thanksgiving travel until next week's report.

The ADH is currently reporting flu activity across the state with a "moderate" intensity or a 7 out of 10.

In a little over two months, since September 29, there have been 1,881 positive influenza tests with over 200 positive reports this week.

Influenza is a contagious respiratory illness caused by viruses that infect the nose, throat, and lungs. The ADH says the best way to prevent the flu is by getting a flu vaccine each year.

Over 100 people died from the flu during the last flu season in Arkansas and 200 the year before that.

To learn more about the state-wide flu reports from the ADH click here.

RELATED: Peak flu season is here, and Americans still don't know how to wash their hands