Other states have been blaming bars and restaurants for surging coronavirus case loads. Here in Arkansas, it's been harder to pin down the cause. 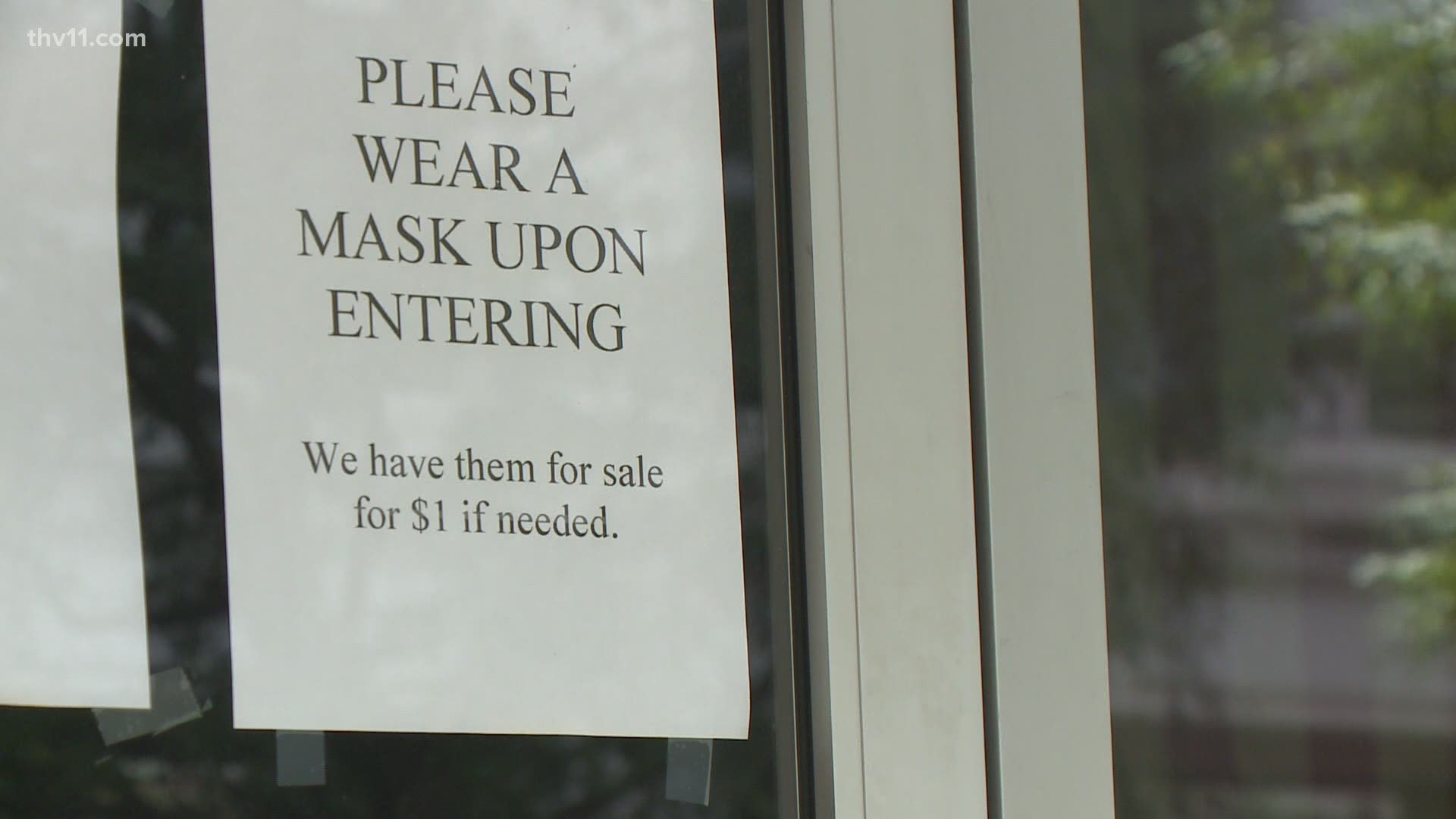 So far, after an initial statewide sweep, compliance has been widespread.

"The good news is to date, we've conducted about 110, and 100 of those locations have been fully compliant," said Scott Hardin, spokesperson for the ABC and the state Dept. of Finance and Administration.

The inspectors have branched out to checking more than just bars. A review of the inspection checklists indicate agents checked out fast food restaurants in some cities and also focused on the Dickson St. entertainment district of Fayetteville.

One agent made the rounds in Garland County July 2, stopping at the Water-n-Hole bar and its neighbor Azul Tequila, a Mexican restaurant. Both checked all the boxes and had made accommodations to create space despite their small size.

"They're making sure, one, are the servers wearing masks? Is there room for social distancing? Are patrons wearing masks before they receive their food or their drink," Hardin said.

The Garland County inspection zipped down the road to another Mexican restaurant, where Trejo's got straight A's. Down the road another few miles, Smokin' in Style Barbecue aced their inspection.

That provided satisfying for owner Joe Johnson, who had to rely on drive-thru until recently.

"I got it broke down to 16 tables, and that's tough," said Joe Johnson, owner of the restaurant for 16 years. "I'm not at 66 percent capacity. I'm running about 52, but everybody's been great."

The health department has done the bulk of the inspections until now and they have been tracking thousands of complaints. Hardin says inspectors usually just have to make owners aware of certain things. Of the 110 ABC inspections, eight establishments in seven cities needed a nudge.

But then there's Brewski's in Little Rock.

"In that case, the agent walked into the facility on a Friday night and simply couldn't walk through because she was bumping into people," Hardin said.

The health department shut them down, but Hardin says they still have their liquor license. The bar's Facebook page says three employees tested positive and hasn't said when they will reopen.

There's hope they will be the cautionary tale, that keeps others toeing the line.

"In order for us to get through this as a state, we're going to have to all collectively do our part," Hardin said.