Stroke is a leading cause of death and disability in Arkansas. A pilot program that launched this week allows doctors to begin evaluating some of the state's stroke patients before they reach the emergency room. 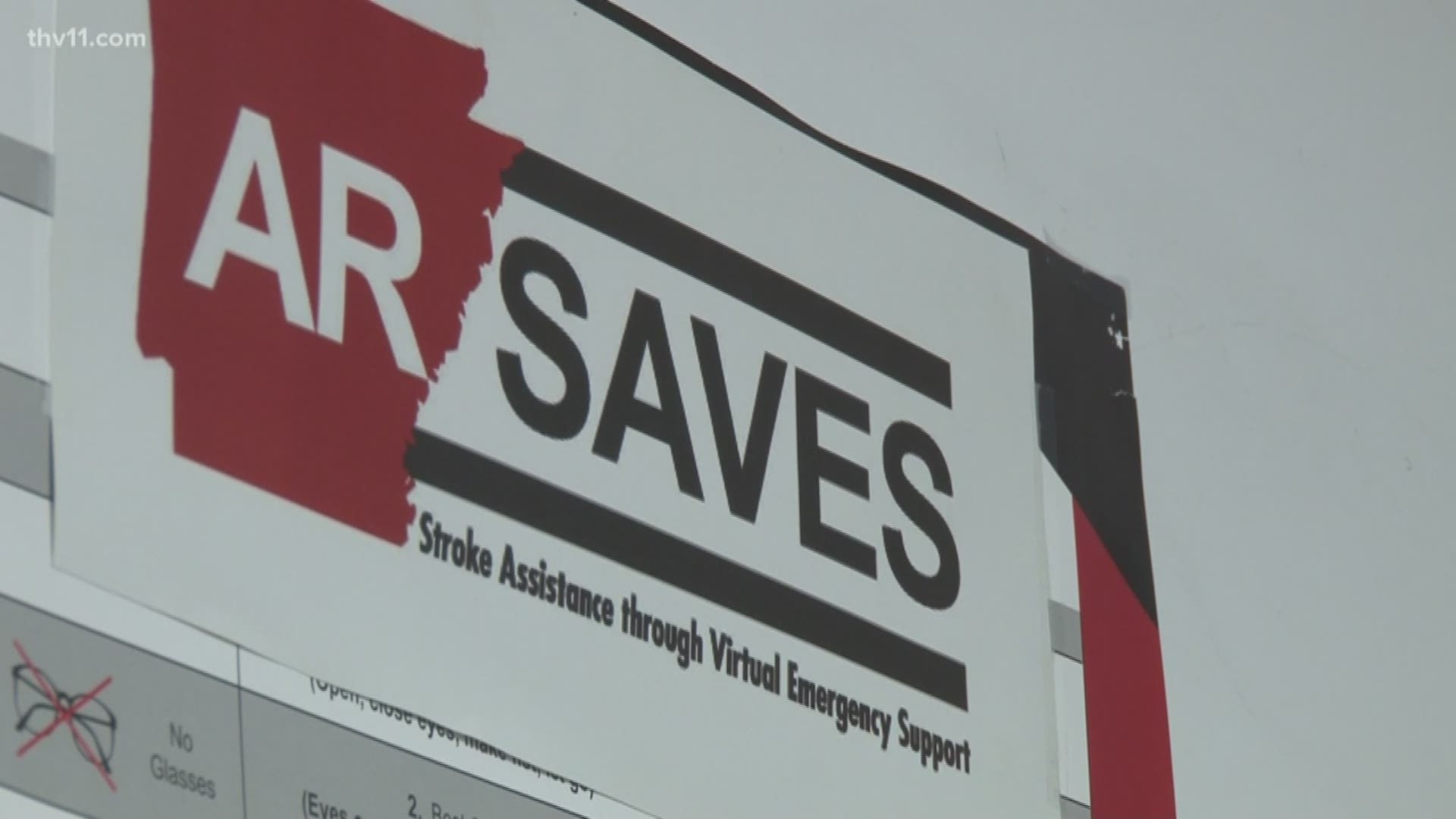 LITTLE ROCK, Ark. (KTHV) - Stroke is a leading cause of death and disability in Arkansas. A pilot program that launched this week allows doctors to begin evaluating some of the state's stroke patients before they reach the emergency room.

“The sooner you treat someone with stroke the better outcomes they have,” said Dr. Sanjeeva Onteddu, medical director of Arkansas Stroke Assistance through Virtual Emergency Support (AR SAVES).

Using telemedicine technology, AR SAVES allows vascular neurologists from UAMS to treat stroke patients in 55 of the state's emergency rooms. Many of the participating hospitals are in rural areas.

“Most of the hospitals don't have neurologists on call, so we provide neurology services for all of these hospitals 24/7,” Onteddu said.

A pilot program that launched in south Arkansas Wednesday, Oct. 10, allows Onteddu and his colleagues to begin evaluating suspected stroke patients during their trip to the hospital.

“The patients are being transported longer distances because of the rural nature of the state,” Onteddu said. “Sometimes this can delay lifesaving treatment options."

The program is a partnership between AR Saves, the Arkansas Department of Health and ProMed Ambulance Service in El Dorado.

An overhead camera and tablet were among the components installed in a ProMed ambulance enabling neurologists to begin stroke assessment remotely during transport. It allows two-way communication between the patient and AR SAVES staff.

“If we can get that physical assessment done in the ambulance rather than waiting for that to happen when they get to the emergency department, that's going to shave off several minutes,” AR SAVES operations director Renee Joiner said.

Paramedics trained with AR SAVES call center staff and local hospitals in weeks leading up to the program’s launch.

“ProMed is excited to take part in this pilot study with all the partners involved, especially because of what it enables us to offer to the people of Union County and the areas around it — a stronger hope of survival and recovery from stroke,” said ProMed CEO Ken Kelley.

The pilot program is expected to last until March. In the event of good patient outcomes, Joiner said AR SAVES hopes to expand the service to additional rural Arkansas counties.

If you or anyone you know has signs of stroke, call 911.