U.S. patients with rare diseases go to the doctor an average of 8 times to find answers 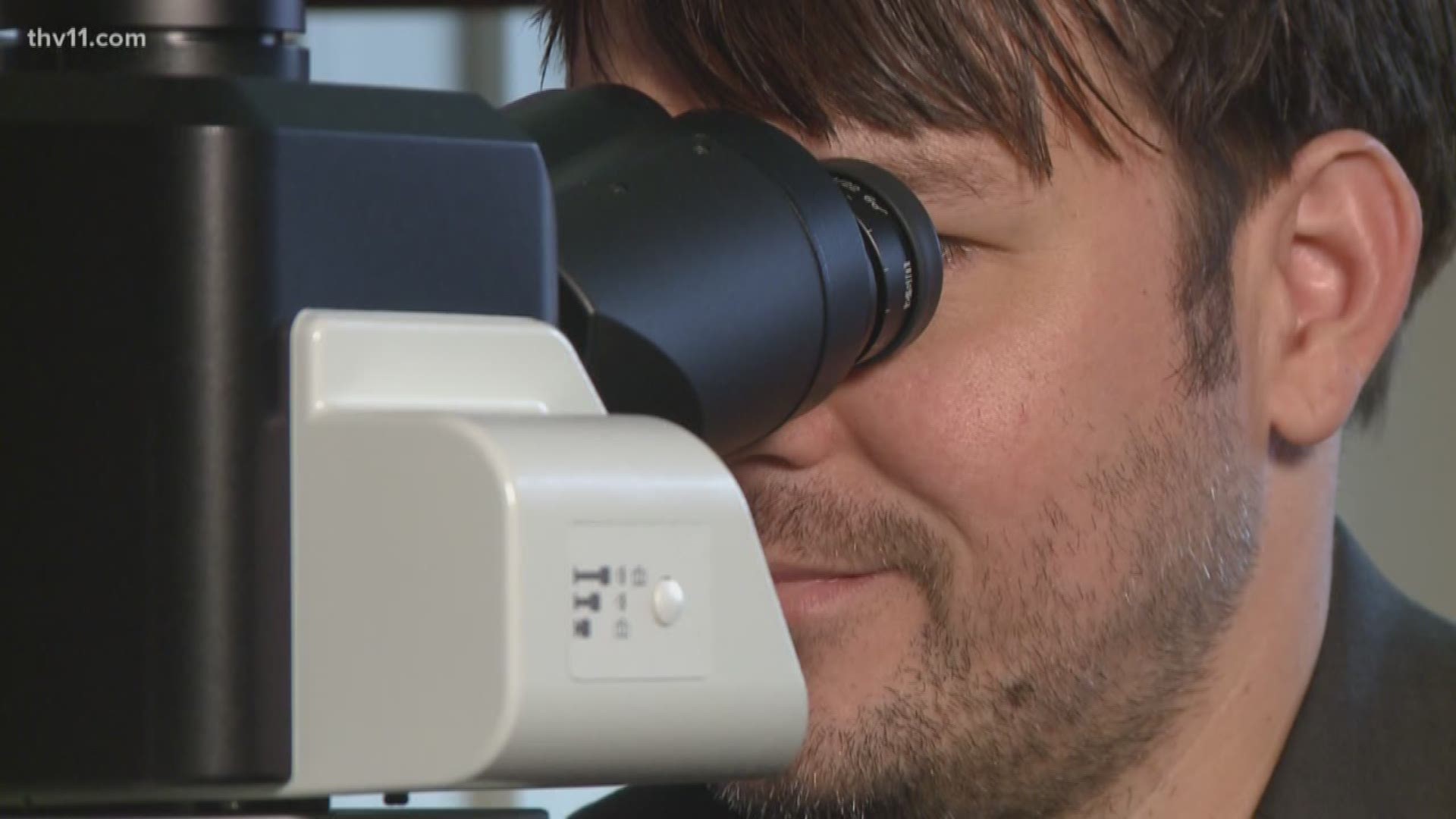 LITTLE ROCK, Ark. — The number of people living with undiagnosed diseases is unknown but considered to be vast.

During that process, many were misdiagnosed two to three times or more. It’s a lonely epidemic for those struggling to find answers.

For patients living undiagnosed, their illness can be like one big puzzle. Unfortunately, in their big puzzle box, too many pieces are missing to create a clear picture. Dr. Jerad Gardner with UAMS has dedicated his life to solving complicated, incomplete puzzles. He spends time finding and studying diseases for patients who are undiagnosed.

“There are so many diseases that can happen to the human body and even when doctors spend years and years training, it’s impossible to know them all,” he said. “Sometimes you see things where you just can't put all the clues together and it really takes a long time and multiple doctors for the diagnosis to become clear.”

Gardner said the journey for patients who are living with an undiagnosed illness, is often a terrible experience.“Going through the process of having symptoms and not knowing what’s going on while having your doctor struggle to figure out what’s going on or how to make you better is terrible for anyone,” he said.

Gardner specializes in diagnosing rare cancers but said he still encounters cases on a regular basis that he can’t solve.

“That lack of knowledge about what your disease is, is so frustrating,” he said.

Living in a perpetual state of unknowing, is ironically, something Pip Caliskan knows too well.

When she was around 25 years old, she noticed a little bump in her hairline. It concerned her, so she went to her local general practitioner. They said it was a cyst and recommended she leave it alone. She complied and didn't do anything for six months other than change her hairstyle to cover it up. Over time, the “cyst” kept growing and she was desperate to get it removed. One doctor, she visited decided they should remove the bump.

“They gave me a couple of stitches and they sent me home,” she said. “I got a phone call a few weeks later and they told me I had cancer.”

Pip was eventually diagnosed with a rare skin cancer called Dermatofibrosarcoma Protuberans or DFSP. At the time, little to nothing was known about it. She would learn it was recurring cancer; five recurrences in Pip’s case.

After that final occurrence, and visiting four doctors over the course of a year, she ended up getting an extreme surgery attempting to remove every cancer cell.

“I had my entire forehead removed including all the soft tissue muscle, nerves, and 85 percent thickness of skull bone,” she said. “I had my right lat Dorsi muscles transplanted onto my forehead and they took skin grafts from the back of my head and laid them over the muscle.”

That was over a decade ago. Pip hasn’t had a recurrence since. She is praying it never comes back. She said she wishes she would have known what was wrong sooner.

“If I would have had that drastic procedure over 20 years ago, then maybe it wouldn't have been a constant, ongoing part of my life for two decades,” she said. “But 20 years ago they knew less about DFSP than they know now,” she said.

In an effort to help others living with DFSP cancer, she started a Facebook group. There are now nearly 2,000 people in that group today. For many of those members, it took them even longer than Pip to find answers about their rare cancer.

“For some people, it took 20 years or more to find a diagnosis,” she said. Pip and others in her group are still learning about their cancer. But as of a few years ago, they gained the help of Dr. Gardner. He found Pip and her Facebook group and they've worked together documenting patient stories to write a medical research paper.

“It’s inspiring for me as a physician to watch these patients inspire and educate each other about these diseases,” he said.

As people connect across the globe and doctors continue to study, Dr. Gardner feels the trajectory will change for many currently living undiagnosed.

“I imagine over time we will all of a sudden have answers for things that have been medical mysteries,” he said. “That's the blessing and curse of medicine; it’s cool to see it happen and frustrating for everyone in the meantime.” He said he feels a lot of hope for the future.

“When you look back at the past 10 or 100 years, medicine has changed in unbelievable ways,” he said.

RELATED: Arkansas woman with incurable cancer fights for her life and undiagnosed patients

RELATED: People who are always late tend to be happier and live longer, study finds