The antique footballs date all the way back to 1919. The dates, scores, victories, and championships are written on the side of every single one. 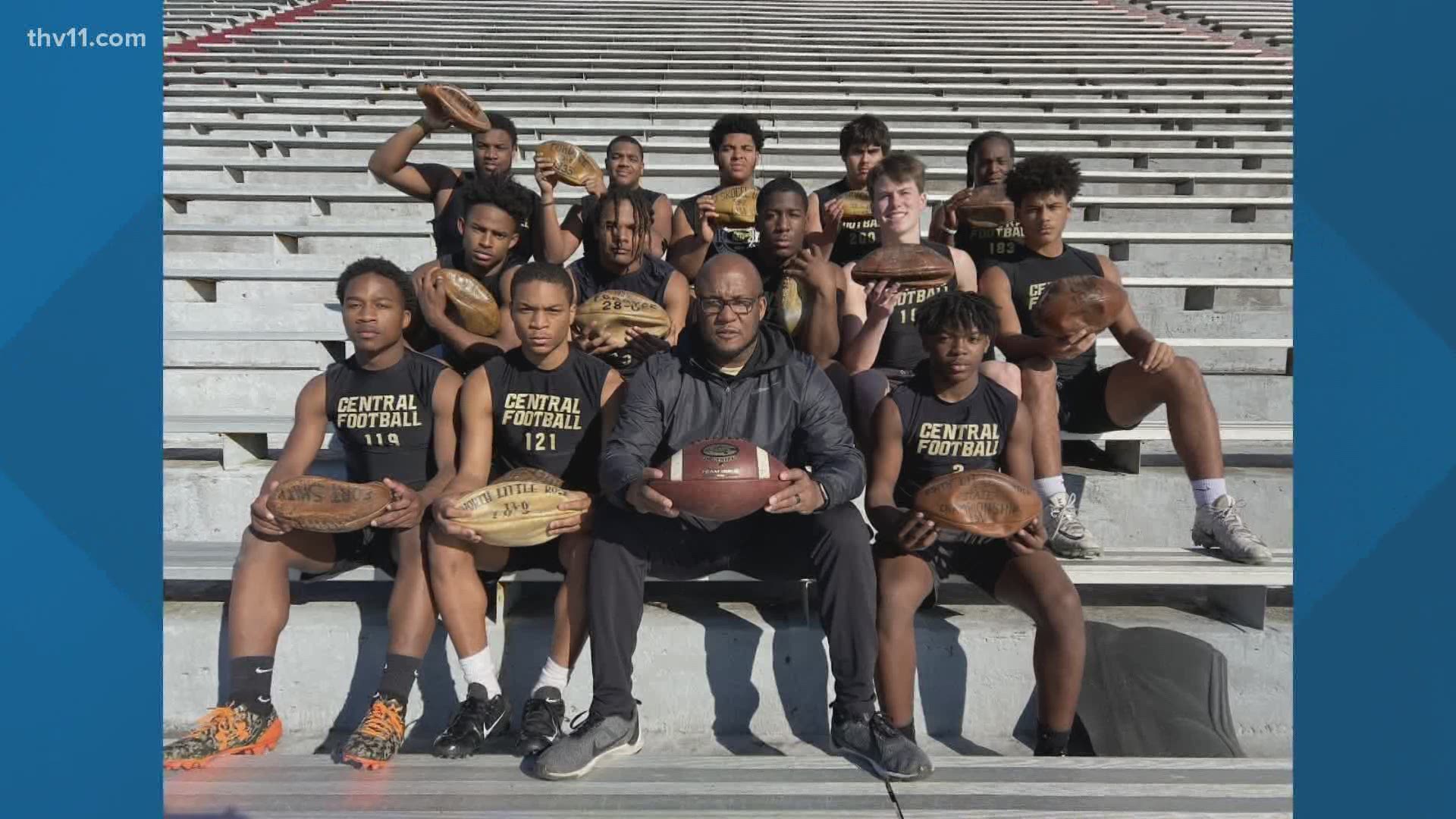 LITTLE ROCK, Ark — Something over 100 years old was discovered underneath the massive stage at Little Rock Central High School earlier this summer.

The area is normally used as a storage space, but when ROTC Instructor Col. Roxburg went under there looking for something ROTC related, he stumbled upon artifacts that no one knew existed.

He immediately texted Head Football Coach Kent Laster, who was so excited by the discovery, he had some of his players pose for pictures.

The artifacts were antique footballs dating back to 1919. The dates, scores, victories, and championships are written on the side of every football.

They tell the story of a team that was so invincible, they looked for competition in other states, even if it meant overnight train trips.

Coach Laster, who is attempting to restore Central to that dominance, wanted his players to know of the winning legacy they represent.

The footballs are not going back in Central's trophy case. Coach Laster has much bigger plans.

Central made a marked improvement last season and if they get to play this year, watch out for them.

The stage has been set, or at least, what was under it.

Coach Laster chose one football to put on his desk. It's the one from 1919, which he says started Central's championship tradition. Coincidentally, it also represents 100 years since the last major pandemic ravaged this country.

Now on his desk, the coach has a daily reminder to carry on despite the challenges.