"Growing up with her I got to experience her overcoming a lot of these different battles and learning valuable lessons." 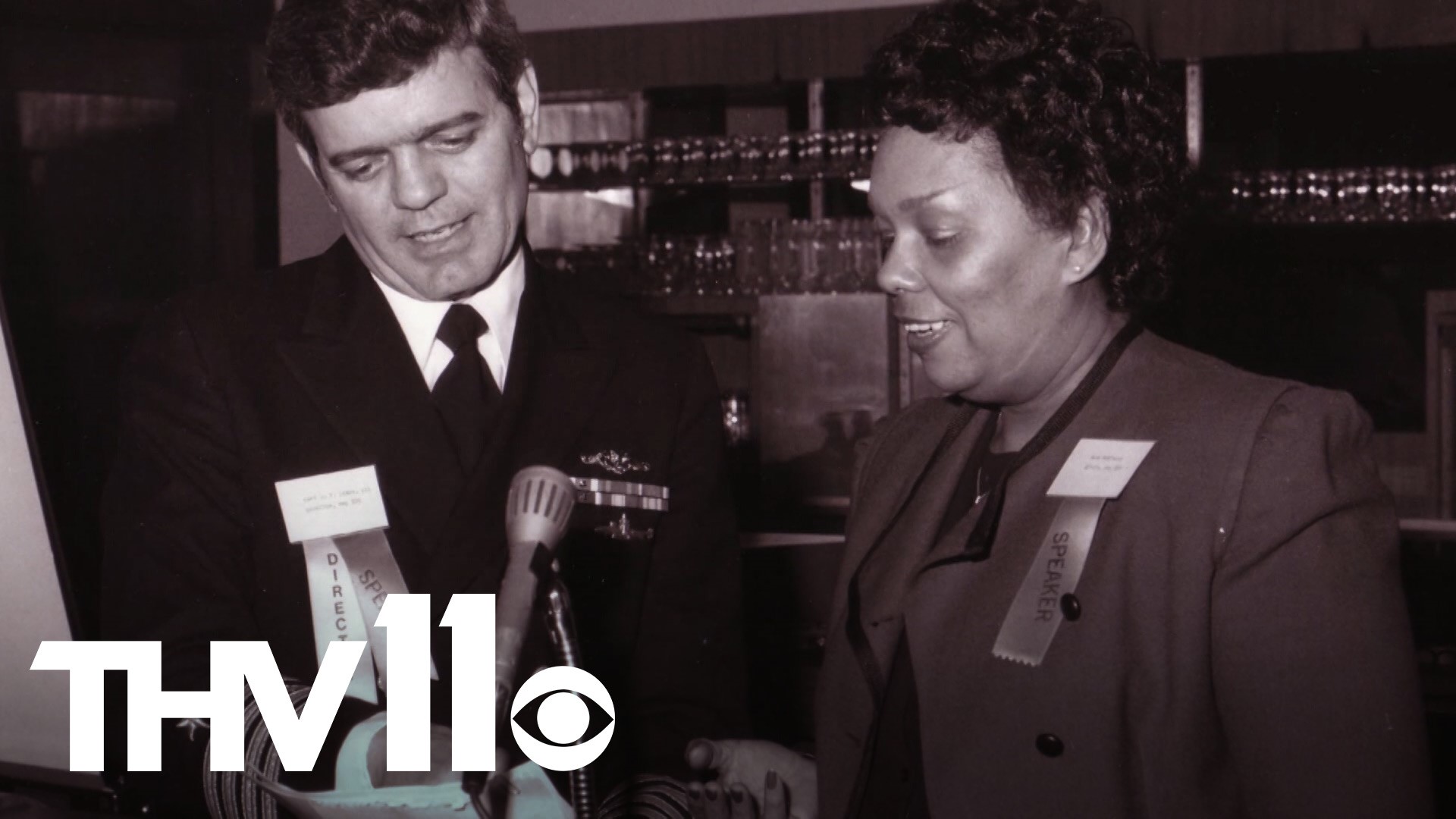 LITTLE ROCK, Ark — The legacy of Raye Jean Montague continues with her son, Dr. David Montague, who is making sure the next generation knows of his mother's accomplishments despite a society that told her she couldn't achieve.

In collaboration with Pyramid Art Books and Custom Framing, he read Julia Finley Mosca's book about his mother "The Girl with a Mind for Math: The Story of Raye Montague" in a virtual reading at his home.

"You know, growing up as the son of Raye Montague, to me she was just my mom. She wouldn't even believe this was Raye Montague day, I tell ya. She enjoyed the accolades and roses while she was alive, but she just never expected it," said Montague.

Raye Montague paved the way for many women of color in the engineering field. She was discriminated against because of her race and her gender back in the 1960s when she wanted to become a naval engineer.

U of A was the school she wanted to attend for a degree, but they wouldn't allow minority enrollment.

She instead attended HBCU (Historically Black College and Universities) Arkansas AM&N, now the University of Arkansas at Pine Bluff (UAPB). Her business degree gave her a chance at a job with the Navy in Washington.

"Growing up with her I got to experience her overcoming a lot of these different battles and learning valuable lessons. For instance, that it's important to understand you can't win every battle. As people throw these challenges your way, try to address those things with grace," said Montague.

She started at the bottom of the ladder, even with a college degree, but she defied all odds when she was promoted to ship design and construction.

There, she used new technology at the time to design a ship in a record 18 hours and 26 minutes. She is credited with creating the first computer-generated rough draft of a US Naval ship.

It changed the way the US Navy designed ships.

"She taught herself engineering even though she didn't have a degree in it. She learned by apprenticeship. She put herself through night classes. She always believed in professional development. As opportunities happened, she stepped in and did what was needed to be done," said Montague.

She earned a US Navy Meritorious Civilian Service Award and was the Navy’s first female program manager of ships making her, at one time, the highest-ranking African-American woman in the department.

LRWRA CEO, Greg Ramon, says it was important that the company celebrated Women's History Month and highlights Dr. Raye Montague as being an inspiration for women and girls in STEM.

The company has a Women of Water (WOW) campaign where they're highlighting the work and accomplishments of the women there.

David says people often ask or assume it's big shoes to fill for his mother.

"My mother made it very clear to me when I was a young child that she never expected me to have to do what she did. I think that's important for people to follow their own destiny. You just have to be good at what you do choose to do," said Montague.