A family was doing some landscaping when they discovered five feet of foundation, a clue as to what remains from the Quapaw Quarter's past. 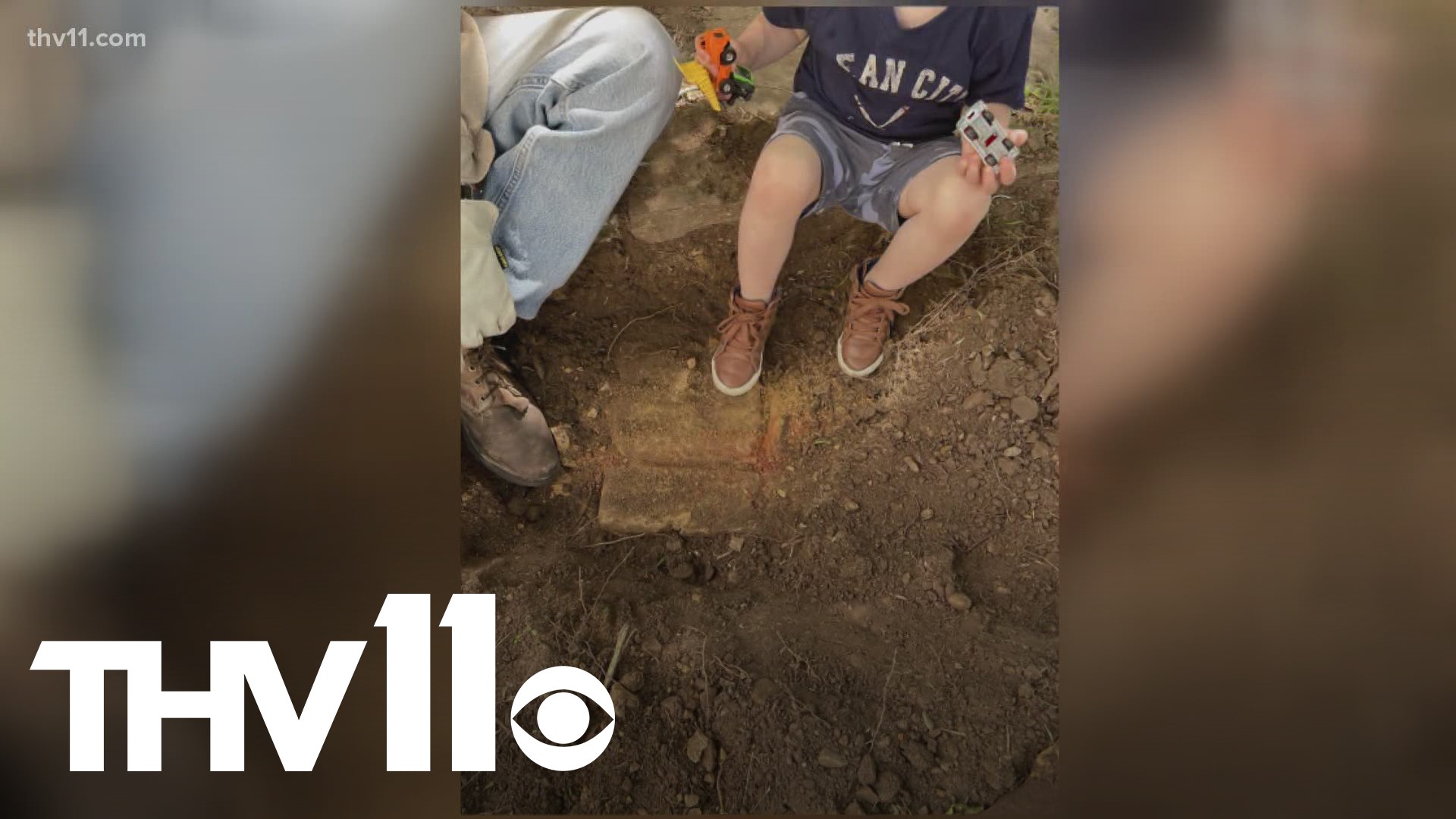 Her family was doing some landscaping when they discovered five feet of foundation in what they think are remnants of an old outbuilding. This isn't the first time they've discovered artifacts.

They just moved into their 150-year old home built in 1869 back in September.

They moved just a neighborhood away from the Quapaw Quarter.

Andrew Beaupre is a research station archeologist for the Arkansas Archeological Survey. He's stationed at UAPB in Pine Bluff, but he covers Pulaski County.

There are 10 research stations throughout the state.

He says they're the point of contact for Arkansans when it comes to archeological research and finds.

"I'm a historic owner here in downtown Little Rock. As an archeologist and a historic homeowner, I'd like to think about us as being custodians of these homes for the future. We can't change the facade because of downtown zoning," said Beaupre.

He understands some projects have to be done around a home, but it's important that if owners come across archeological resources, they should let their point of contact know.

Beaupre says by definition, archeology is a destructive science.

There's something inherently exciting about digging into the dirt and discovering something.

He wants homeowners to be aware that by digging in their own backyards, they may inadvertently destroy a lot of information.

“So as you dig a hole, you’re going to uncover artifacts. Objects from the past, but it’s really not the artifacts that we as archeologists are after. They only tell part of the story. It’s the way the artifacts are working together in the ground," said Beaupre.

"You might be finding yet unknown information about the history of the people of Little Rock, and that oftentimes may include the people whose story needs to be told the most.”

For example, there might be a lot of outbuildings that once held enslaved people located downtown which would include a lot of untold stories.