"It was just so shocking to me that during a pandemic, someone would be seeking out to hurt small businesses," E. Leigh's owner, Erin Hohnbaum, said. 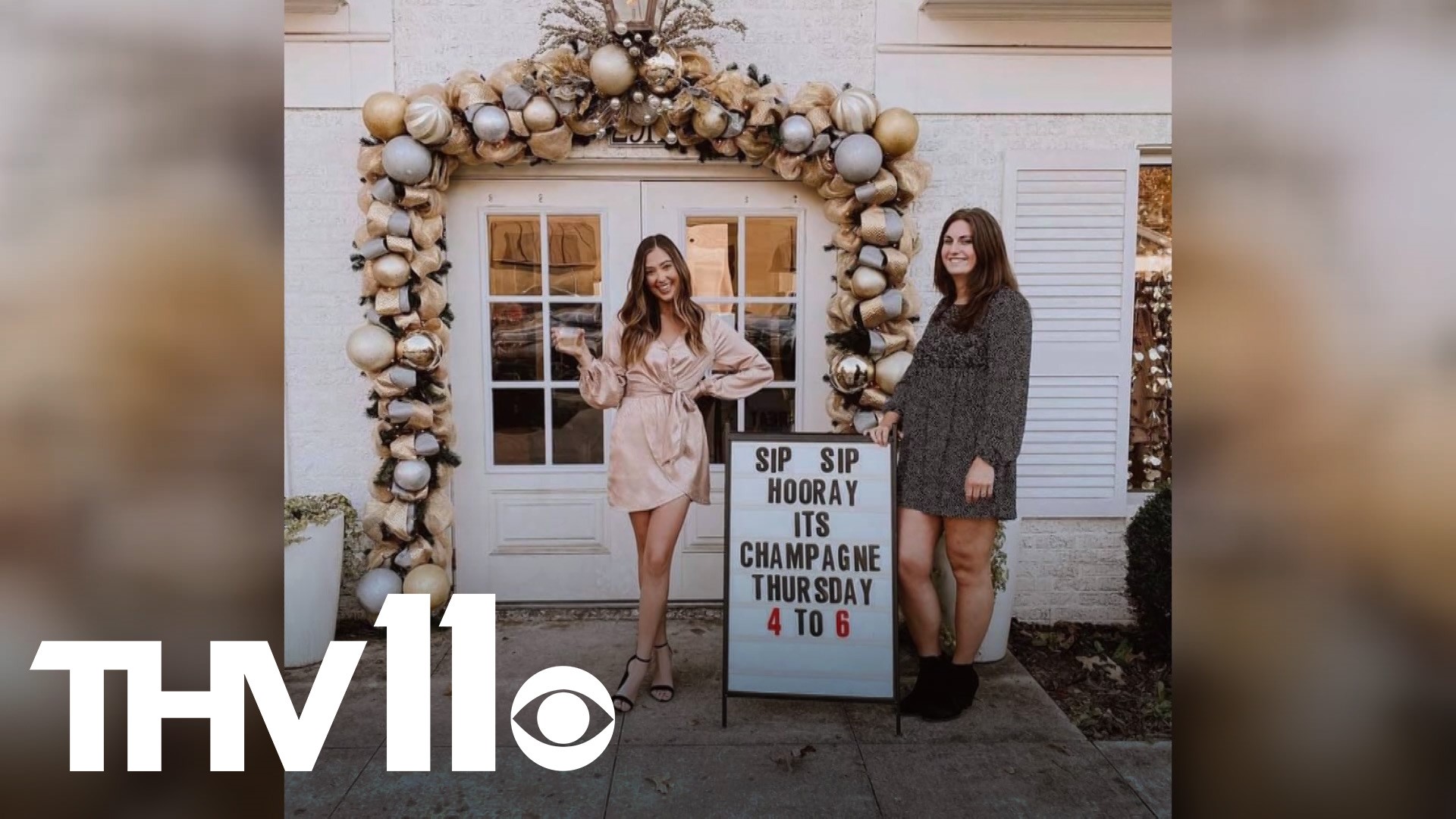 LITTLE ROCK, Ark — Holidays are a time of giving, but unfortunately, it's also one of the highest crime rates of theft.

One boutique in Little Rock has experienced that first hand, where what was a beautifully decorated storefront is now bare, thanks to thieves who stole their decorations.

E. Leigh's Owner, Erin Hohnbaum, described it as "beyond disgraceful."

"It was just so shocking to me that during a pandemic, someone would be seeking out to hurt small businesses," she said.

It's a hurt that Hohnbaum is no stranger to.

"What's really interesting about this entire situation is that we have had our holiday décor stolen before," she said.

About four years ago Hohnbaum had her storefront decorated from top to bottom in Christmas spirit, and one day it was all gone.

"I was like, this can't have happened again. This is just too crazy for this to have happened a second time and sure enough, I showed up at the store and our holiday décor was gone," she said.

Thanks to security footage from a neighbor across the street, the photos show someone getting out of their car and stealing the decorations around 7 a.m. on Thanksgiving morning.

But this time around, the crime pulled out different emotions for Hohnbaum.

"It just made me really sad this year. More sad than angry this year," she said.

In a year like 2020, the thousands of dollars stolen from her boutique's storefront is something Hohnbaum can't comprehend for her business, where holiday sales are down 25 to 40%.

"We are not in a position where we are just thriving. Small businesses are hurting this year," she said.

PLEASE SHARE: Security footage from a neighbor across the street shows someone getting out of their car and stealing the boutique’s decorations around 7 a.m. on Thanksgiving.
If you recognize the thieves in the pictures or have any information about the stolen decor, call LRPD. pic.twitter.com/vQjuJbnuPK

While the hurt still sings, Hohnbaum said the criminals can steal their décor, but there's one thing she won't let them steal... her holiday spirit.

If you recognize the thieves in the pictures or have any information about the stolen décor, call the Little Rock Police Department.

Hohnbaum will be filing a police report on Monday.