"Thankfully she doesn't have legs and she's not going to go around the city unlocking every door we've got!" 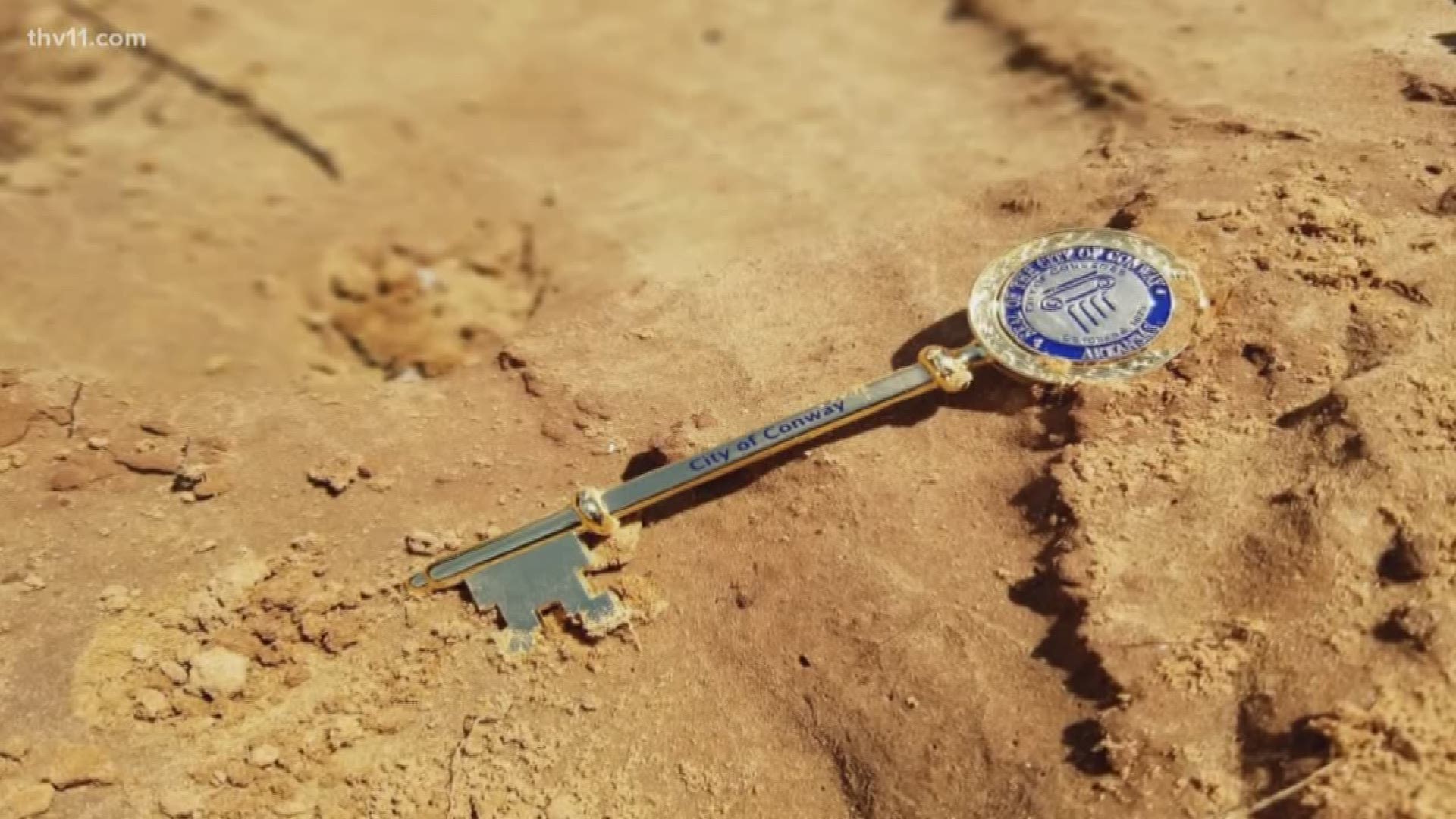 FAULKNER COUNTY, Ark. — One of the state’s oldest levees held on during the historic Arkansas River flooding and it is about to be rewarded for staying strong.

Officials were confident the Lollie Levee would breach last week when the Arkansas River began to eat away at its edge. If it broke, thousands of acres of farmland would have flooded. Some water likely would have made its way into Conway as well, threatening homes and businesses. Thankfully, it held on.

"Anything we thought we might not want to lose, we packed it up and hauled it five miles down the road,” he said.

He said the Lollie Levee scare was a setback, but he is just grateful it held on strong.

"If the levee was to break, it would've been 12 feet deep where we are standing,” Thrash said.

Bobby Kelly, a spokesperson for the city of Conway, says it is a miracle the levee held together.

"She's not pretty right now, but she's a shell of her former self,” Kelly said.

The Lollie Levee was built over 90 years ago. A chairman with the Faulkner County Drainage and Levee District spent years maintaining it. Some levees damaged by the floods across the state are not eligible for federal funding because they are not maintained.

"Thanks to his work and his board's work that he chairs, we are now eligible to receive federal funding to help us with the cost to fix Lollie Levee,” Kelly said.

"Throughout this horrible flooding event, we believe the Lollie Levee is a feel good story,” Kelly said. She overcame a lot of odds. The flood waters just ravaged other cities and other levees.”

An anonymous user started Lollie Levee's own Twitter page. The city of Conway also gave the levee a key to the city.

RELATED: AR River Flood relief | Where to donate, where to find assistance

"We felt it was a good gesture to show our appreciation. Thankfully, she doesn't have legs and she's not going to go around the city unlocking every door we've got!" Kelly said.

Kelly said Thursday the U.S. Army Corps of Engineers will come out to assess how much damage the levee sustained, so it can receive the funding needed to fix it.