Doctor uses 'cast art' to brighten up her patients' days 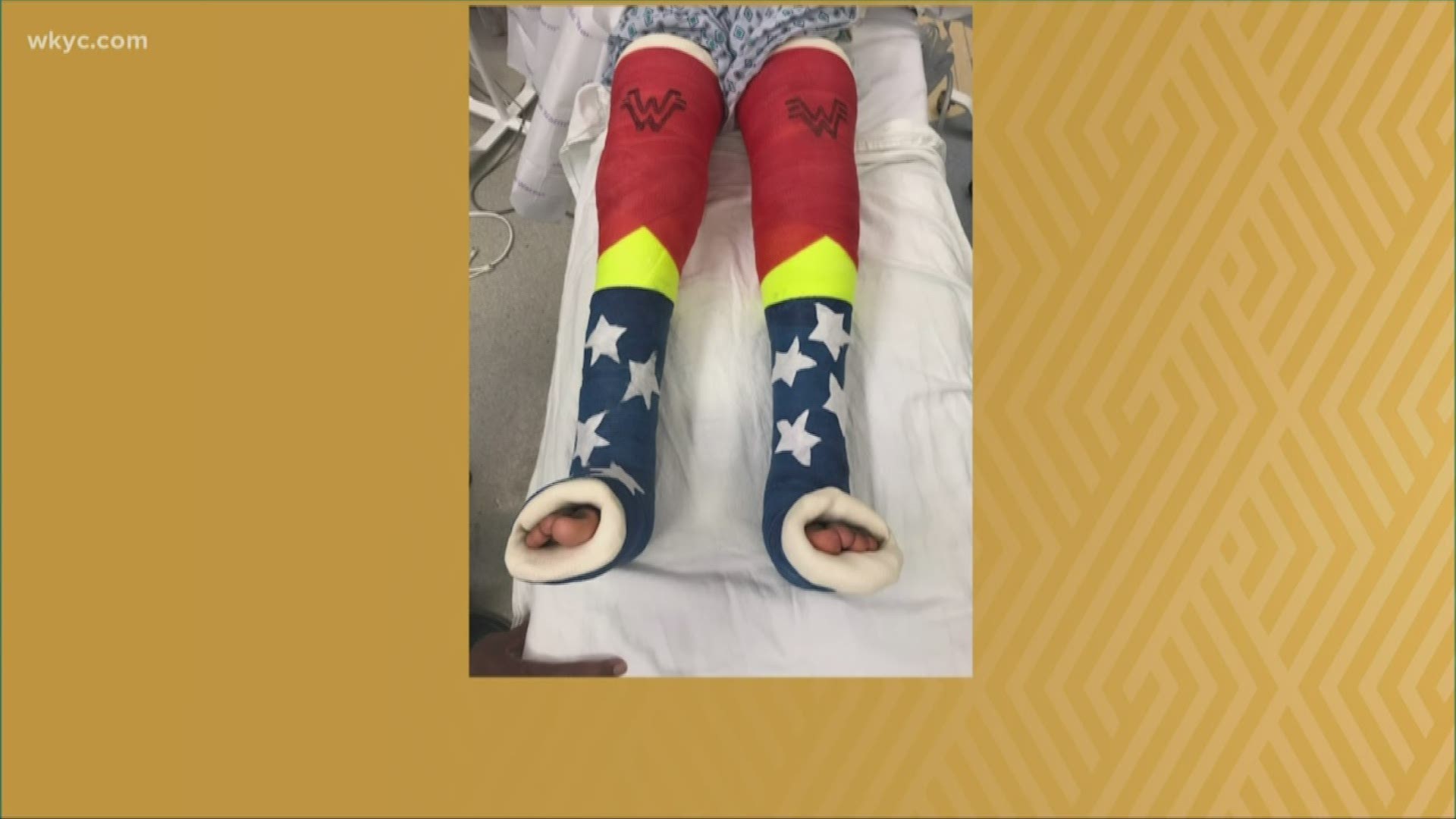 CLEVELAND — If you've ever found yourself sick or injured, you know every little bit helps when it comes to bringing a smile to your face.

Pediatric Orthopedic surgeon Dr. Christina Hardesty of University Hospitals: Rainbow Babies and Children know that all too well, which is why she goes the extra mile and channels her creative side when it comes to putting casts on her patients.

Dr. Hardesty is now known for creating unique designs out of the casts she sets her patients' broken bones with.

She started off simple, glittering casts for some of her cases back in 2017, and quickly decided to start taking it up a notch.

In January of 2018, Hardesty created her first "Clifford the Big Red Dog" cast and just two months later the doctor began adding bows to her casts.

After that, she really let her creativity run wild. Since then, she's created designs inspired by Woody from Toy Story, Wonder Woman and holiday lights.

"Dr. Hardesty says most of the time she offers options to her patients, but now the ones who know about it make requests," McCarty says.

If you'd like to check out more of Dr. Hardesty's works of art, Rainbow Babies posts pictures of her creations on their Instagram and Facebook pages.