Palestine lies in the northeastern part of the state where the spirit of Christmas and biblical history come together through paper and ink. 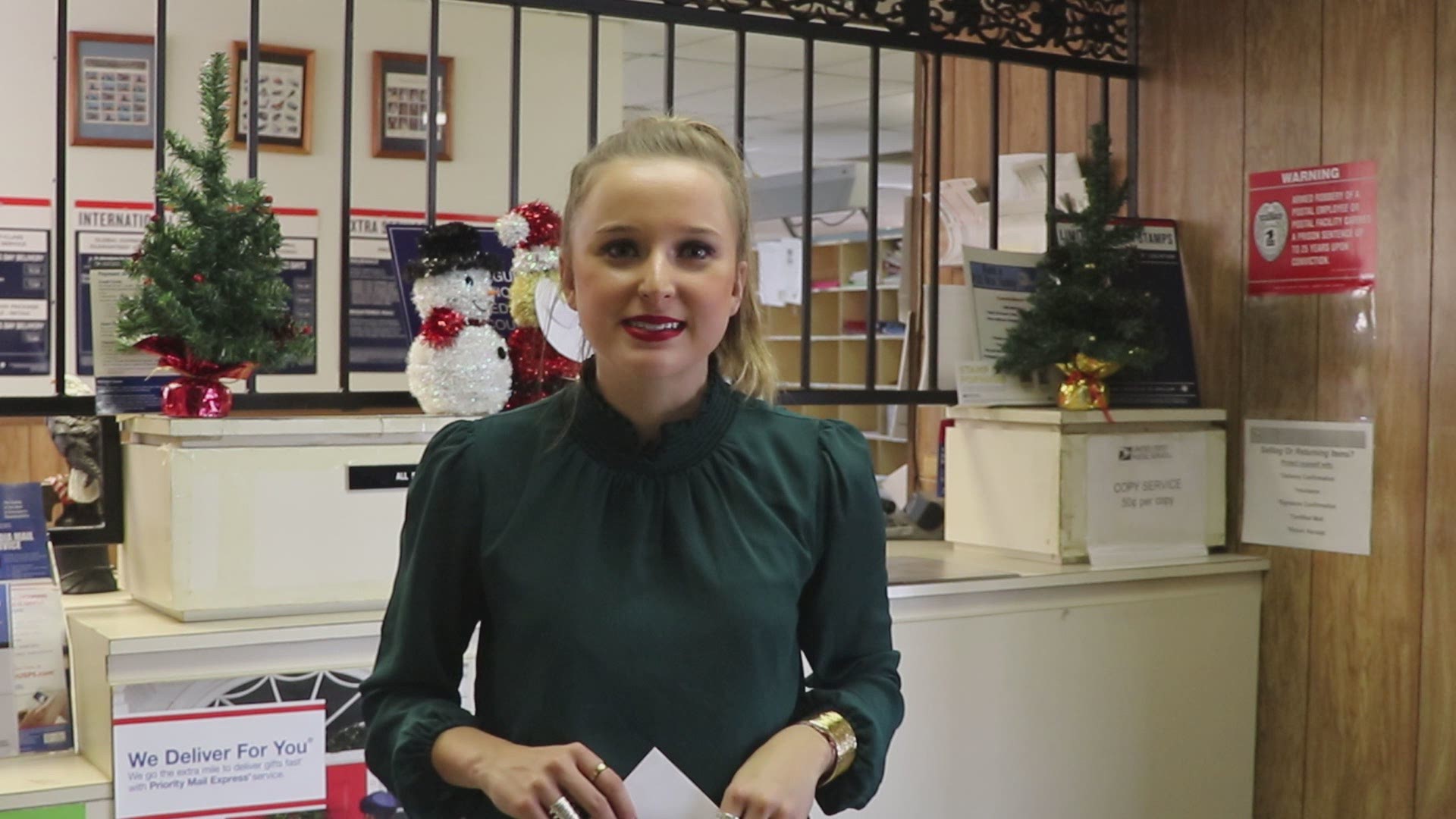 PALESTINE, Ark. — Another version of Palestine, in spelling only, right here in Arkansas.

Instead of people filling the square for Christmas, it's squares stamped on letters that come from all over the world.

Palestine lies in the northeastern part of the state where the spirit of Christmas and biblical history come together through paper and ink.

"At the post office during this time of year, it's very busy," she said.

Miller said it's not your average postage stamp.

RELATED: 'He sees you when you're speeding': Police have a Christmas message for drivers

"I think just because of the unique name," she said.

Miller said it's a stamp that reminds believers of the true meaning of Christmas.

"We always want people to know that Christ is the reason for the season," she said.

Miller said the same reason people from all over travel to the city, population of 681.

"This time of year we do receive an influx in letters from customers requiring the Palestine stamper," she said.

A holiday rush, that Miller said, always brings enthusiasm for the customer and the employee.

Miller said in a typical month, like October, about 30 customers come here wanting that Palestine stamp, but in December that jumps up to 500.

"It allows the postal service to do what we do best," she said.

Sending out and stamping one letter after another in a town that Miller said embodies the spirit of the season.

"During this time of year, it is very Christmasy," she said.

The rural city decked out from street to street with signs of red and green all around.

This time of year is a time to shine, for the community in St. Francis county, with their memorable stamp on the top right cover of letters going near and far.

Miller used to be the postmaster in Star City, Arkansas and she said this time of year is just the same for them since everybody wants a unique postage stamp for their holiday cards.