Hundreds of boats rally on Arkansas lake for President Trump

Hundreds of boats turned out in Heber Springs on Saturday to show their support for President Trump. 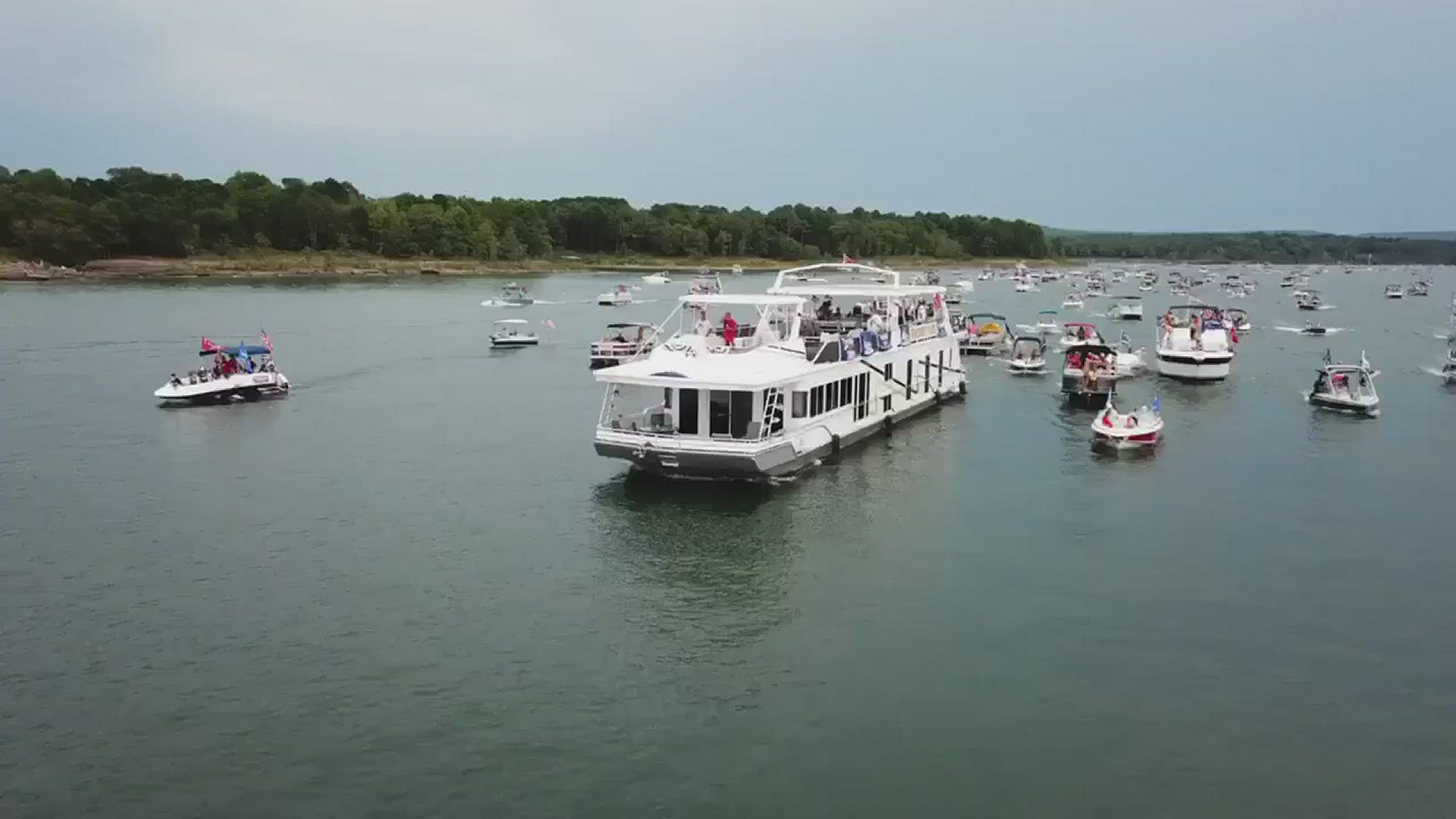 HEBER SPRINGS, Ark. — Hundreds of boats turned out in Heber Springs on Saturday, August 29 to show their support for President Trump.

Last month supporters of the president held a rally in Clearwater, Fla. that organizers believed set the record for largest boat parade.

Cole Brumley took a video of the parade, using a sed a DJI Mavic Pro with a 4k HD camera, courtesy of Cole Brumley at High Octane Tuning.

"It was huge," Brumley said. "Everyone operated with caution and left zero trash behind."

Brumley said the parade lasted for nearly three and a half hours.