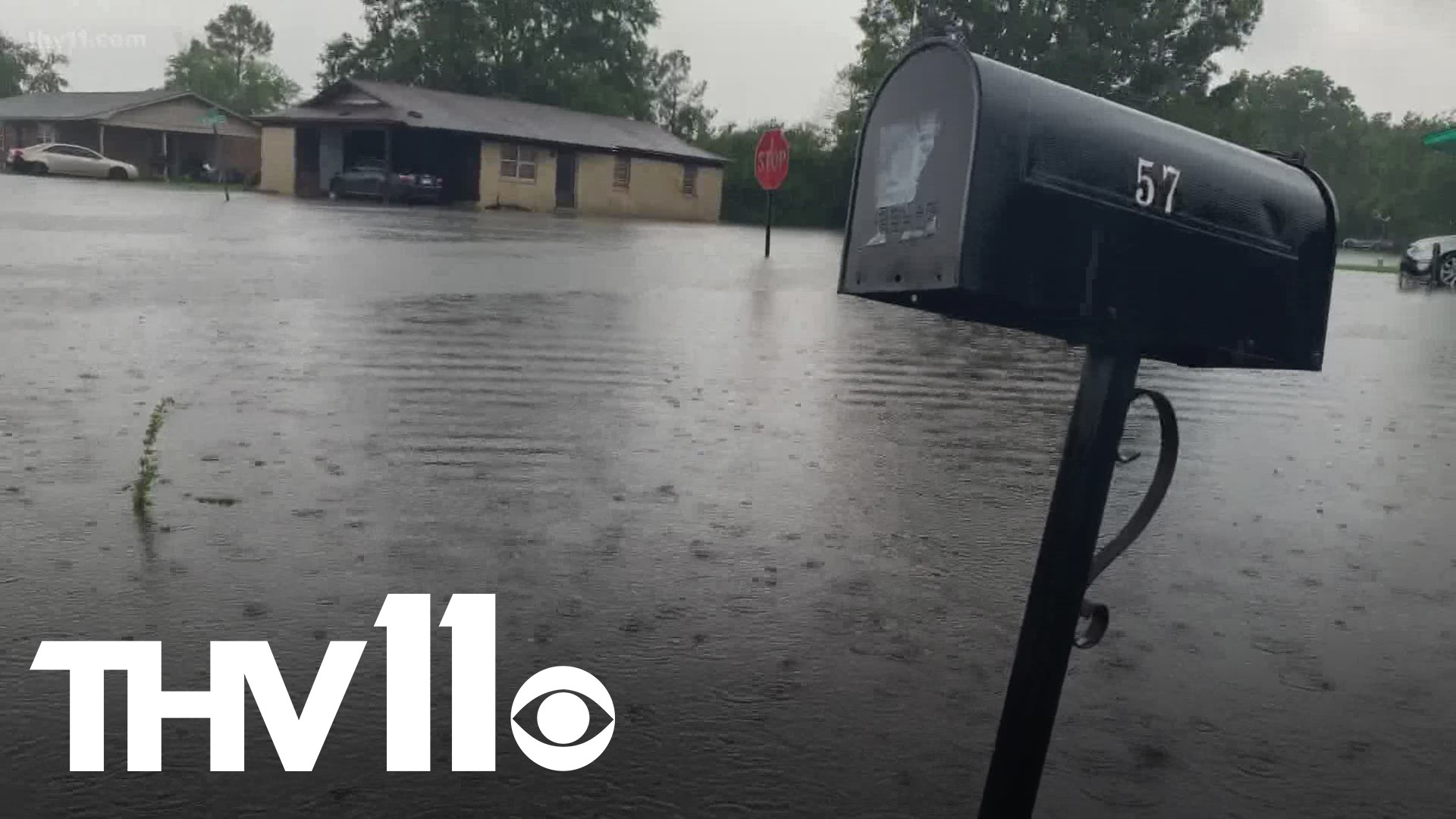 DUMAS, Ark — Inmates from the Arkansas Department of Corrections Varner Unit shoveled through 4 loads of sand all day to create sandbags for Dumas residents Wednesday.

The sand was distributed and transported by the Dumas Fire Department.

"We have been giving them out to people that come over here to get it. Plus, for the elderly people that couldn't get out, we took the sandbags to them and to their homes," said Byrd.

A state of emergency has been declared for Desha County.

The County Judge gave three bags of sand and the mayor one for the inmates to shovel through.

"We're going to try to get FEMA involved because the insurance companies are not going to pay for this," said Byrd.

He said an insurance agent told him the flooding is classified as "ground" water which isn't covered by many residents in the area.

Byrd's been with the department for 47 years. He's served as fire chief for 32 and says there's never been a flood of this capacity in Dumas.

So far there's only been one water rescue call to come in.

VIDEO: Inmates from the Arkansas Department of Corrections are laboring all day today to bag 4 loads of sandbags in Dumas.

Desha County has been declared in a state of emergency @THV11 #ARwx pic.twitter.com/2NpHKT4tQU

A lot of homeowners want to start cleaning up, but with the rain still coming down, it's been impossible.

"I just woke up and it was water everywhere outside and within ten minutes that stuff was in my house," said Erika Duncan.

She's been living in Dumas for 10 years and also said she's never seen weather cause this much damage.

She had to flee to her sister's house Tuesday morning for higher ground.

"It was passed my ankles. I just moved what I could and got out. They need to get something done over here, cause when it rains we flood, but we ain't never flood like this. Like this? Nah," said Duncan.

Duncan says she's just waiting for the water to go back down so that she can go back home. She says Wednesday's downpour was worse than the day before.

Residents shared this message from the Mayor:

A special public information meeting for persons and businesses that got water in their homes/buildings from the flood. Meeting is tomorrow, Thursday, June 10 at 5:30 pm at Dumas Community Center.