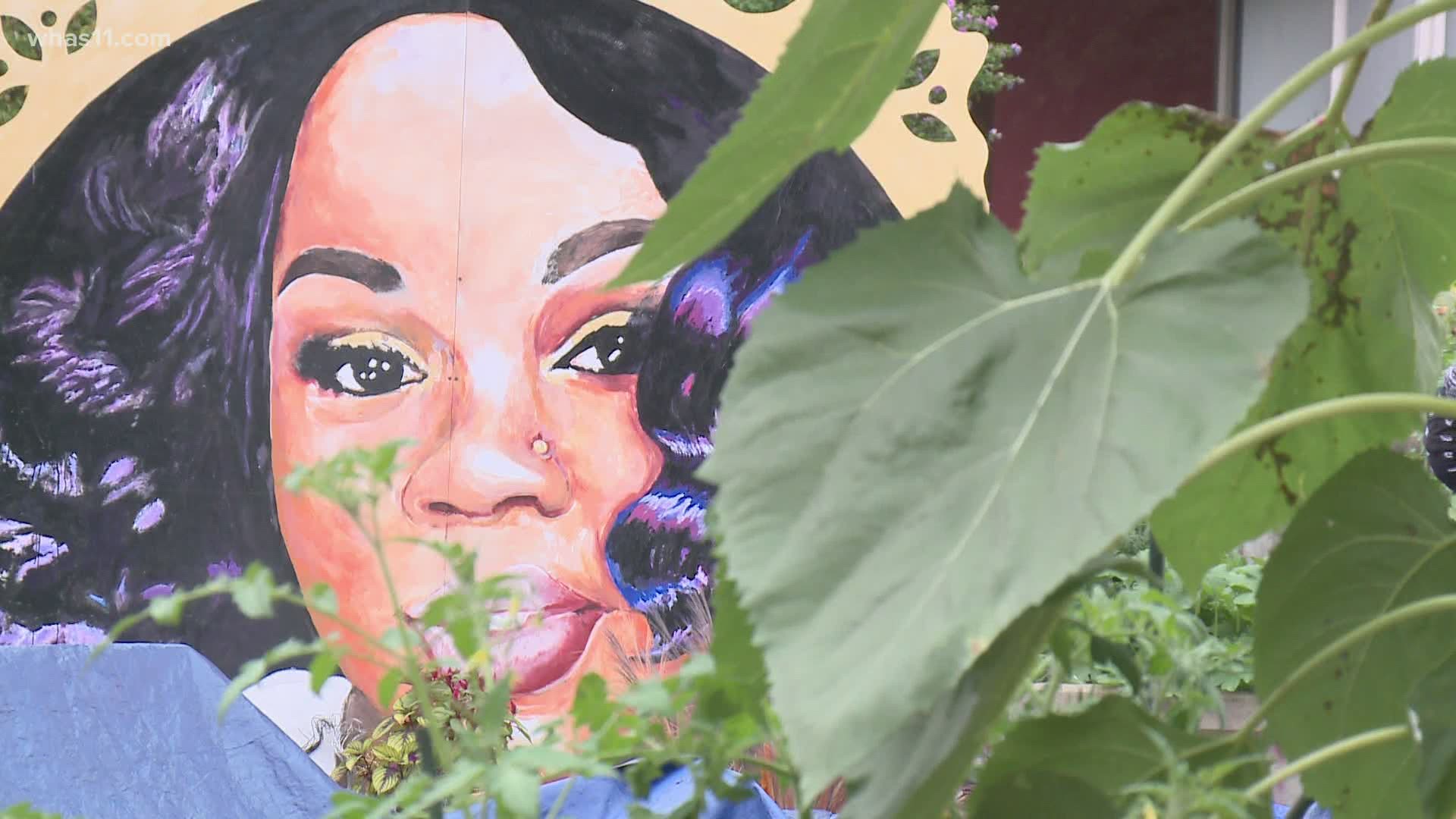 Attorney Lonita Baker said the meeting with Cameron was the first since Taylor's death, saying the attorney general had not previously met them because he did not want to interfere with the investigation.

While Baker said Cameron did not give a timeline, both she and national civil rights attorney Benjamin Crump said they pushed for answers more than 150 days after Taylor's death.

"We are not going to wait forever," Baker said. "We do want this resolved quickly and accurately."

Tamika Palmer, Taylor's mother, said the meeting with Cameron was good, but said she is still waiting for someone to be held accountable for her daughter's death.

"He wants to have the right answer at the end of this, so he doesn't want to rush through it," Palmer said. "For me, I'm trying to accept that and be patient with that."

Palmer said the fight for justice is 'bigger than her daughter and Black lives.'

"It's about bridging the gaps between us and the police," Palmer said. "It's about bringing back the communities; it's about just being able to stand up for each other and there definitely shouldn't be another Breonna Taylor anywhere."

Crump said they also "held no punches" in their meeting with Fischer, discussing how Louisville can move forward.

"We had a very positive, productive conversation about how we try to work together to heal this city beyond just getting justice in the criminal matter for Breonna Taylor," Crump said.

Crump said the conversation included how Fischer's administration and Louisville police have dealt with protesters.

"They may not make perfect decisions and God knows the city's leadership has not made perfect decisions either or we wouldn't be here," Crump said. "Don't try to take their first amendment rights to assemble and protest from them – work with them."

LMPD previously ordered protesters must walk on sidewalks and out of roadways, saying those who do not comply could be subject to arrest. Members of the social justice group Until Freedom participated in weekend protests where police enforced the order.

"We will not walk on the sidewalks because that defeats the purpose of what we came her to accomplish," co-founder and activist Tamika Mallory said.

Pastor Timothy Findley filed a lawsuit after being detained by St. Matthews police during a protest in July.

"We believe that our city, the mayor and others have acted as obstructionists," Findley said.

Mallory agreed, saying that what the organization has seen since it arrived in Louisville has been a "shame for a city that has a leader that is supposed to be a Democrat."

"More emphasis is being put on the response to murder instead of the murder itself," Mallory said.

Mallory said the decisions by Fischer and LMPD appear to be attempts to silence protesters ahead of the Kentucky Derby, the largest event in the city.

"You want people to go home? You want to have a successful Derby that helps this city look good? Arrest the cops," Mallory said.

Aaron Jordan of No Justice, No Peace Louisville said people who want to help the community should "cancel the Derby" and focus on activism.

"There's nothing to celebrate," Jordan said. "I condemn anybody who wants to be a part of the Kentucky Derby."

The group announced they would be putting on "Breonna Con" the weekend of Aug. 22, an event including community service opportunities, discussions of police accountability and voter registrations.

They also announced they would take "major action" similar to the demonstration at Cameron's home on Aug. 25.

Mallory said they also plan to work out in the community, like bringing produce to families in west Louisville and providing support to Taylor's family.

Organizers, attorneys and family members all said they will continue to push for justice more than 150 days after Taylor's death. Attorneys said they hope to see charges before reaching the 200th day.

RELATED: 'We'll make our presence known.' Protesters plan to head to the track on Derby day