'We're coming to you' | Calls from scene where 2 HPD officers were shot describe chaos, severity of incident

The distress calls to dispatch came one after another. 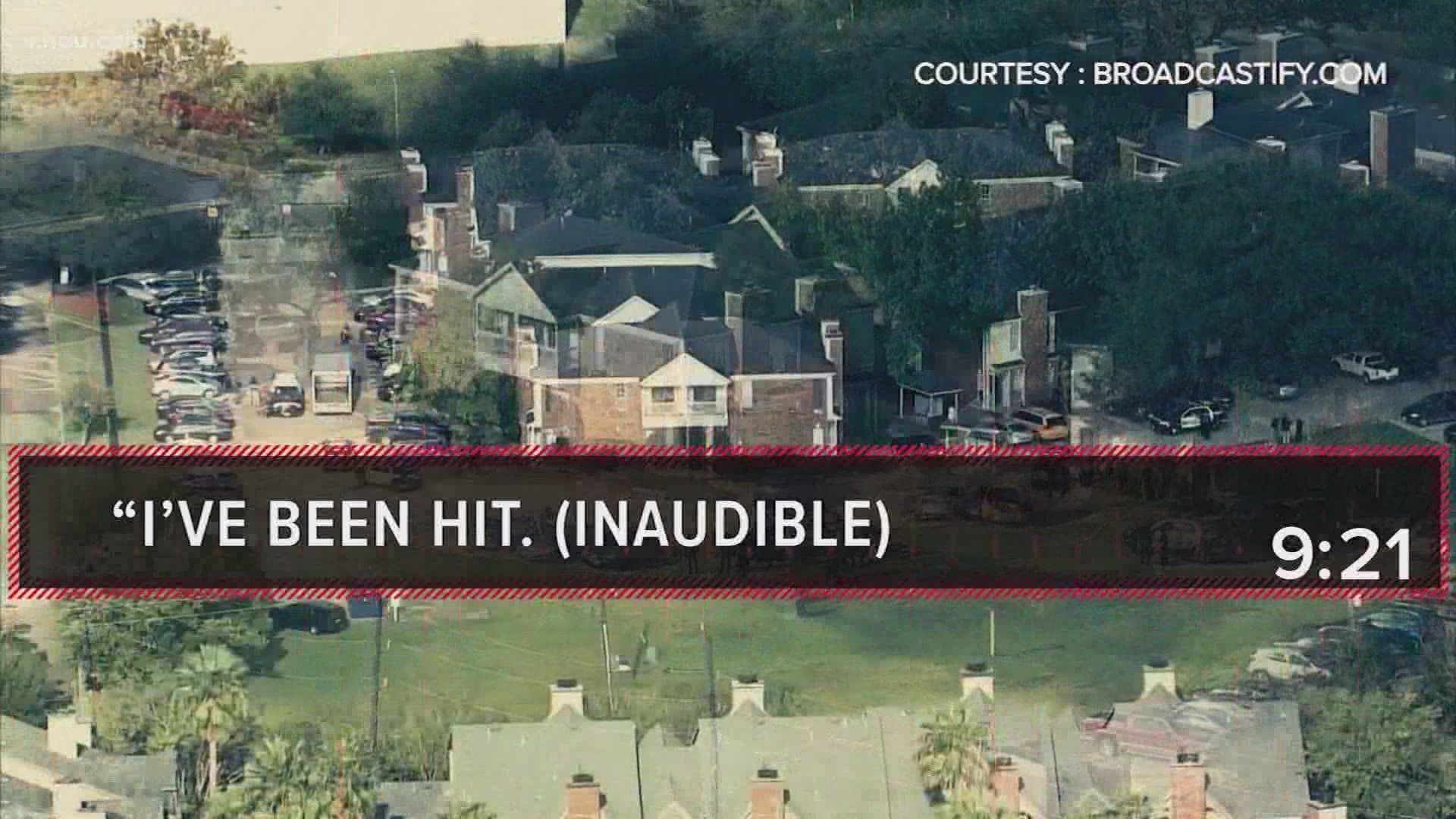 HOUSTON — There were frantic calls for help over police radio channels after two Houston police officers were shot Tuesday while responding to a domestic disturbance call.

The distress calls to dispatch came one after another.

“I've been hit. Somebody help me," Officer Courtney Waller can be heard saying.

“I've been hit. He shot me in the arm,” Officer Waller said.

Officer Waller is expected to be OK, but the outlook was much more serious for another officer who answered the family disturbance call: Sgt. Harold Preston.

"I think Sgt. Preston is right in front of the apartment. He's not responding, and the suspect is right there,” another dispatcher said.

HPD’s SWAT team rushed to the scene, hoping to help their fallen comrade in time.

“We have canines coming with ballistic shields. If you can do an officer rescue, perform one, wait for a team,” a dispatcher said.

Responding officers were able to pull Sgt. Preston from that chaotic scene and get him to the hospital, but the 41-year-old veteran died at the hospital.