New evidence indicates police in the 1970s hid evidence in the case and handpicked the jury that convicted him. 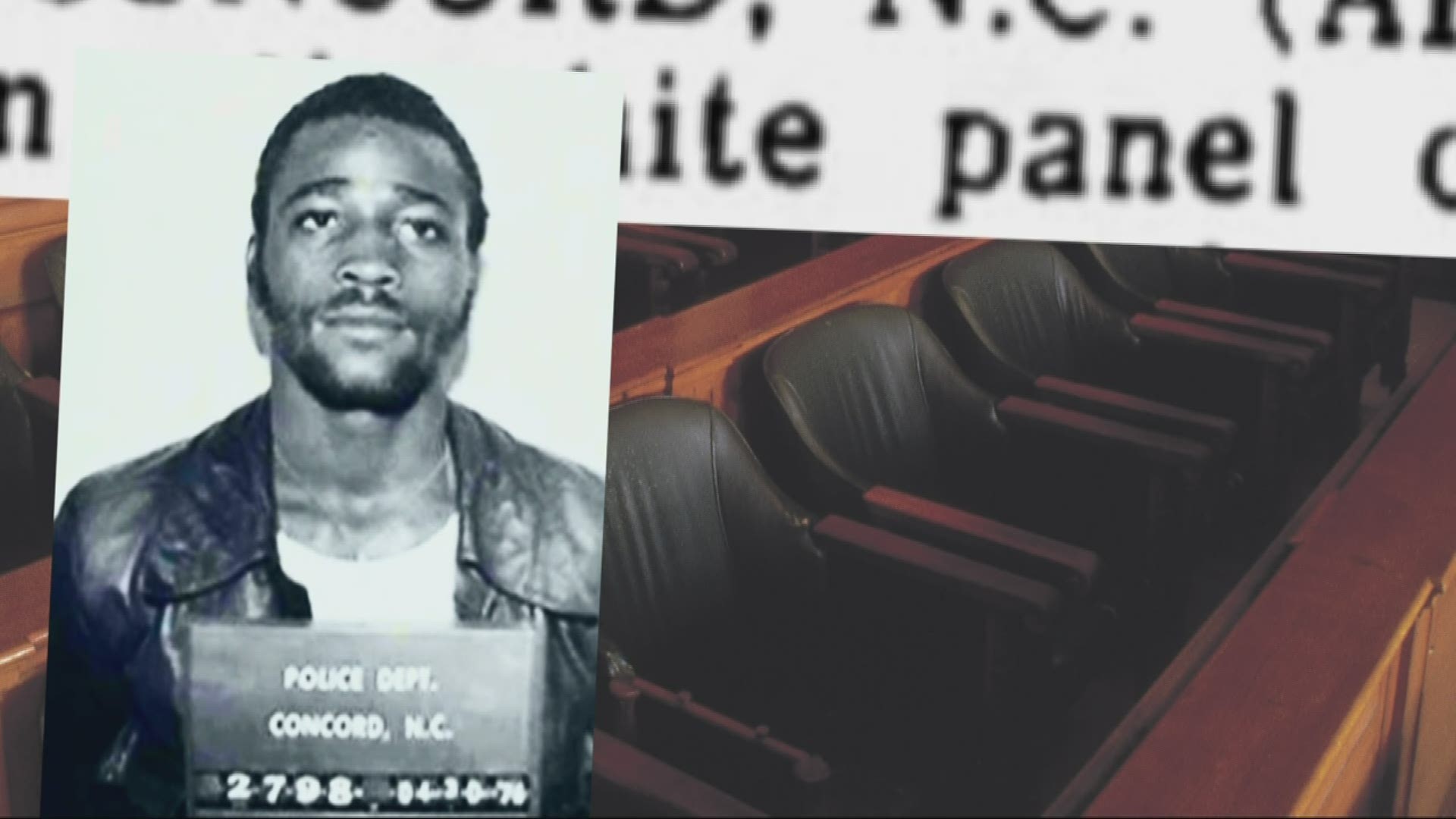 CONCORD, N.C. — A Concord man has new hope for getting out of prison after 44 years behind bars. Lawyers have uncovered police hid evidence in the case and handpicked the jury that convicted him.

Ronnie Long is serving out an 80 year sentence in prison. WCNC Charlotte wasn't allowed to bring cameras into the jail during our visit. We were able to record his voice and he says after 44 years behind bars he still has faith that he will someday walk out a free man.

“I got hope every day, that’s what keeps me surviving.”

Ronnie Long has been in prison since 1976.

Convicted of a rape he says he didn’t commit.

“Did you do what they’ve convicted you of doing? No I ain't raped nobody.”

A mountain of evidence says he’s telling the truth.

Jamie Lau heads up the Duke Law Wrongful Convictions Clinic – he’s representing Long in his latest appeal – one that offers new hope after repeated pleas over the years to both the state and federal courts for a new trial.

“He was convicted in the first place in my estimation because they weren’t sure who it was that had attacked this woman, a prominent woman in the community, and that they were under a lot of pressure to solve the case. I think Ronnie long is in prison because the state is unwilling to look backwards and to admit the erroneous actions that lead to his conviction.”

Decades after his trial attorneys discovered police hid evidence that would have helped Long’s case. The all white jury that convicted him was pre-vetted by law enforcement and Long’s lawyer says the victim’s ID of him, the only real evidence presented, was questionable at best.

Long was just 20 years old when the attack took place. He spent that day, April 25, 1976, with friends planning their high school reunion. A typical teen he played basketball, football and baseball.

But this was the 70’s in Concord: Racial tensions ran high, especially when the son of a prominent black man was arrested.

“They called the national guard- they put a curfew on the town – curfew on concord when they arrested me," Long remembers.

They arrested him based on an unusual ID. Detectives brought the victim to the courthouse in a disguise and told her to pick out her attacker. Long was in court that day on a minor trespassing charge.

“She later testified that he was the only person in the courtroom that looked remotely like her attacker," Lau points out.

Facing the death penalty, he was offered a plea.

“So when I didn’t take 7 years I knew I was facing a death sentence. I couldn’t. There was too many people that believed in me. Protesting and demonstrating for me.”

He went to trial – facing an uphill and seemingly unfair battle.

"The jury was selected in a manner that is highly suspect and wouldn’t be allowed today," Lau says.

“There’s actually testimony from 1976 talking about how the chief of police and some of his deputies sat with the master list and crossed out names of people they deemed unfit for jury service,” Lau says.

Long’s conviction set off another round of protests with police using billy-clubs and tear gas.

Long remembers the ride to prison.

He’s been fighting for his freedom ever since.

“This can’t continue.  You talk about racial injustice, racial discrimination? It's real. I’m living it and as long as I keep chipping, one day I’m gonna walk out of here.

In 2005 his then lawyers requested the victims medical records and discovered there had been a rape kit done. It somehow vanished.

"We don’t know what happened once the sergeant took it from the hospital," Lau says. "There’s no record anywhere.

DNA testing wasn’t done in the 70’s but it would have revealed a blood type and that could potentially have ruled Long out as a suspect.

That same year – 25 years after his conviction Long’s attorneys discovered something even more shocking – the Concord Police detective on the case, Van Isenhour, hid crucial evidence: hair and fiber samples from the scene that didn’t match Ronnie Long.

“They received reports illustrating there was no connection," says Lau. "For example, the suspects hair collected from crime scene.”

The police even hid the evidence from the prosecutor.

"The Concord police dept withheld this evidence from the DA's office," Lau said.

In 2015 even more shocking evidence turned up.

“Among 43 fingerprints collected from the home believed to have been relevant didn’t match Ronnie, none of them matched,” Lau says. “That was all kept from his council at the time.”

Detective Isenhour was later sent to federal prison himself for stealing checks.

Ashleigh Long has spent the last seven years fighting for his release. The two married in 2014 and she visits him each week.

"Ronnie is the strongest person I know,” she said.

After all these years, Long has new hope after a recent appeal. Two judges ruled against him – but a third voiced a fiery dissent calling the other judges arguments “offensive ridiculous, nonsensical.”

That dissenting judge says Long is owed a new trial.

“It’s certainly hopeful that we know that at least one of the judges of the 4th circuit sees this case for what it is: a case built against Long on the basis of officers who are willing to conceal evidence to lie about what they did with the evidence, to ensure that it wasn’t discovered, and used to help Long defend against the allegations.”

Now the question – will the full court hear his appeal?

“To allow him to spend another year – day in prison should shock the conscious of everybody," Lau says. "I mean everyday he’s incarcerated is an Injustice perpetuated by the state of North Carolina.”

Long fully believes he will walk out of prison one day.

Long’s attorney says we should know any day now if the judges will hear his appeal.