Back in May, the House passed the HEROES ACT, but it has gone nowhere since. 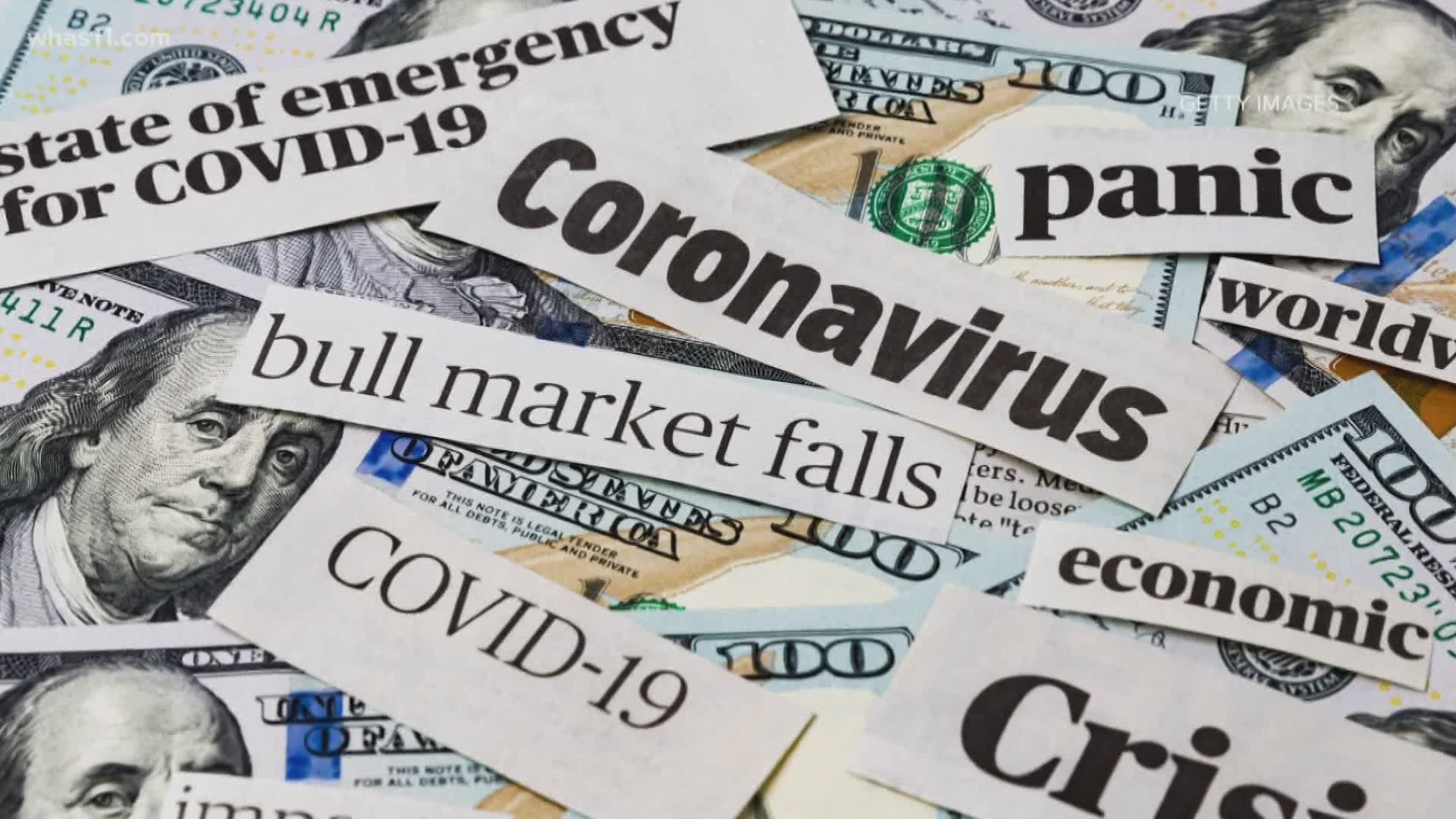 An electronic billboard, a big semi-tractor trailer, and more than a dozen cars formed a caravan to drive home a message to Senator Mitch McConnell and Congress.

Circling the federal building over and over again, they honked for Sen. McConnell to act on another federal relief package.

“We don’t need a ZEROS Act, we need a HEROES Act,” Kentucky AFL-CIO President Bill Londrigan said. “But we need Mitch McConnell to start leading, instead of sitting on the sidelines and showing complete indifference.”

Back in May, the House passed the HEROES ACT, but it has gone nowhere since.

“What is he doing?” Katie Adams of Bowling Green questioned. “Why is he not listening?”

The Democratic-backed proposal would extend the $600 per week federal boost for those collecting unemployment.

That benefit expired at the end of July.

Sen. McConnell has said he opposes any relief package which would diminish the incentive to go back to work.

“Saying we’re lazy, we’re not lazy,” Latrice Wilson, who is an unemployed healthcare worker, argued. “I would love to go back to work, and everybody else, even if they are getting money, let them get extra money.”

Even if they could get back to work, they complain that there are not many jobs out there, and jobs that don’t pay as well as what they made before the pandemic.

“Regular unemployment benefits are not going to cut it,” Adams said.

RELATED: 'I was fired without cause.' Former head of Kentucky unemployment insurance tells his side

RELATED: GOP unveils 'HEALS' Act with another round of $1,200 stimulus checks