Leslie Adams vanished in 2005. Two years later, her body was found dumped in a swamp off Interstate 85. But it's taken 13 years to make an arrest in her murder. 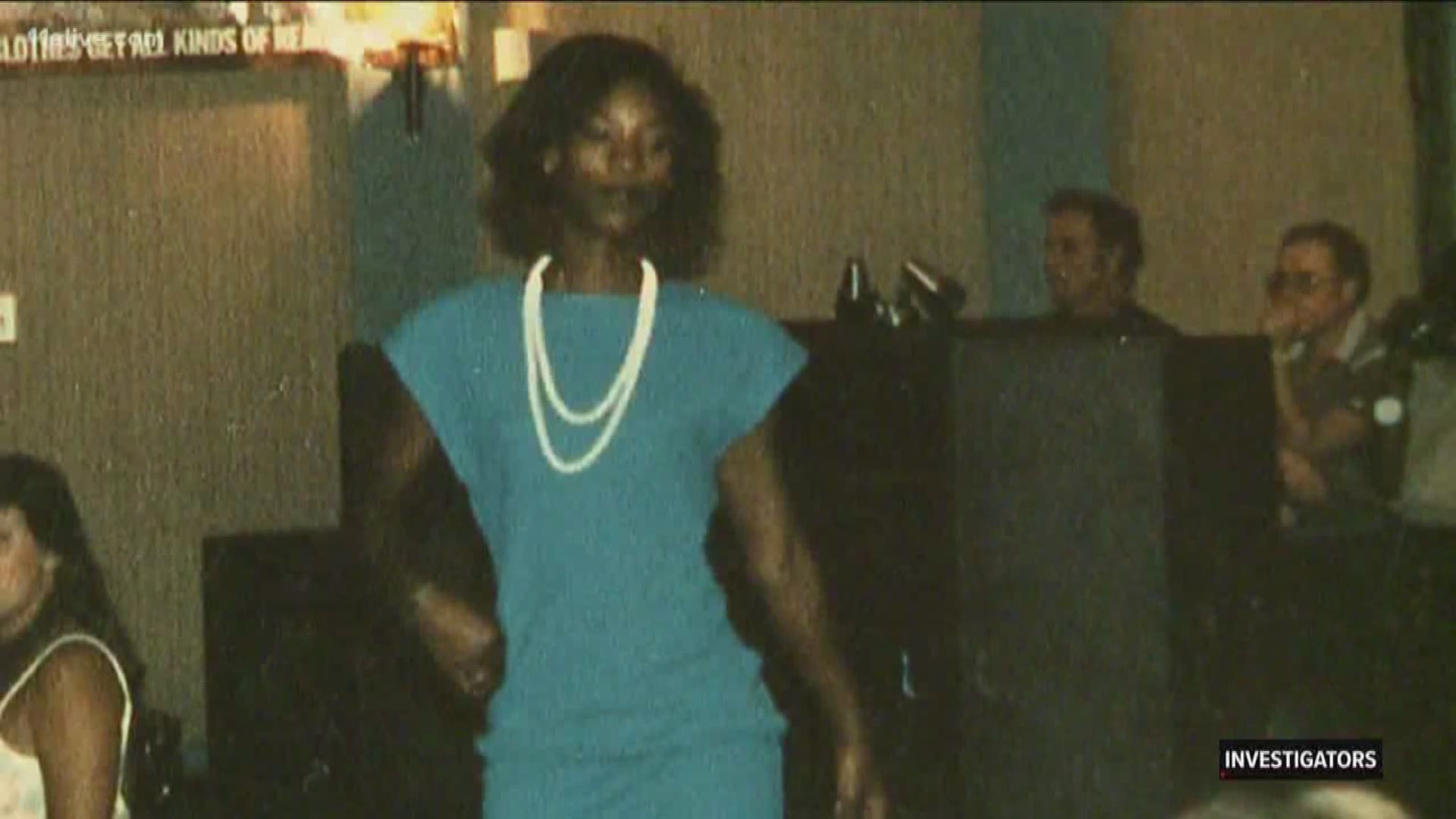 LILBURN, Ga. – Leslie Adams vanished in 2005. Two years later, her body was found dumped in a swamp off Interstate 85—13 years later, police have who they believe is her killer.

On Thursday, her ex-boyfriend, Billy Joe Cook, the only suspect for more than a decade, was arrested and charged with her murder.

After her sister reported Adams missing in October 2005, police searched her apartment at 665 Jodeco Circle in Lilburn, Ga., and uncovered evidence suggesting that she has been murdered.

Just before she disappeared, the 40-year-old mother of two had filed a temporary protective order against Cook.

Victim's own words lead her investigation

And then, she was gone.

(Her timeline story, below.)

1 / 3
Her family made buttons with this photo when she went missing in 2005. (Provided)

WATCH | See the evidence found with her remains 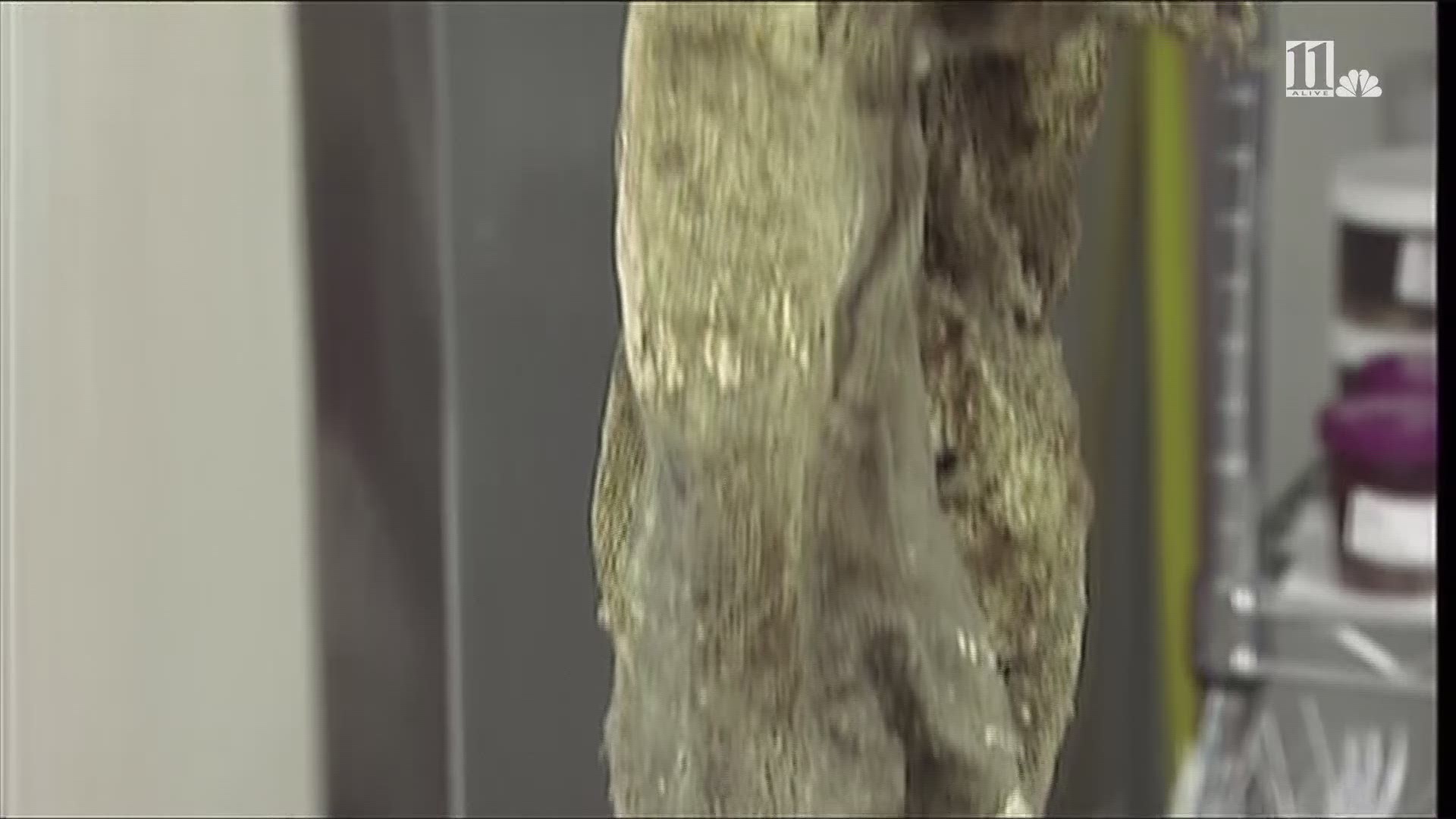 Cierra Burk sat down with 11Alive in 2017 to talk about the case.

The 28-year-old still remembers swapping clothes with her mom and hearing her cheer the loudest from the stands when she was on the basketball court.

She can still hear her voice, and she thinks back to the time when her mom disappeared.

Burk, then-16, said her mom kept her fear hidden from her and her brother. But, she did share her concerns with her older sister, Roberta Adams.

“She told her, if anything happens to me, he did it,” she said, referring to Cook.

Days leading up to her disappearance, police responded to her apartment numerous times for domestic calls between her and Cook. And just one day before she disappeared, she had filed a restraining order against him.

When Leslie went missing, Burk knew something wasn’t right. The then-high school junior, who at the time lived with her grandmother, said she talked to her mom on the phone on certain days.

But the phone remained silent.

“At first, I just used to think she was scared, so she didn’t come around,” she said, letting out a deep sigh, and then burying her face into her hands and sobbing. “But then birthdays past and holidays past and I never heard from her.”

She had always clung to hope until they told her that they found a body, and confirmed to her that it was her mom.

“She died trying to hide,” Burk said of her mom who loved life and living it. “She didn’t go out without a fight, cuz she’s a fighter and I know she fought back.” 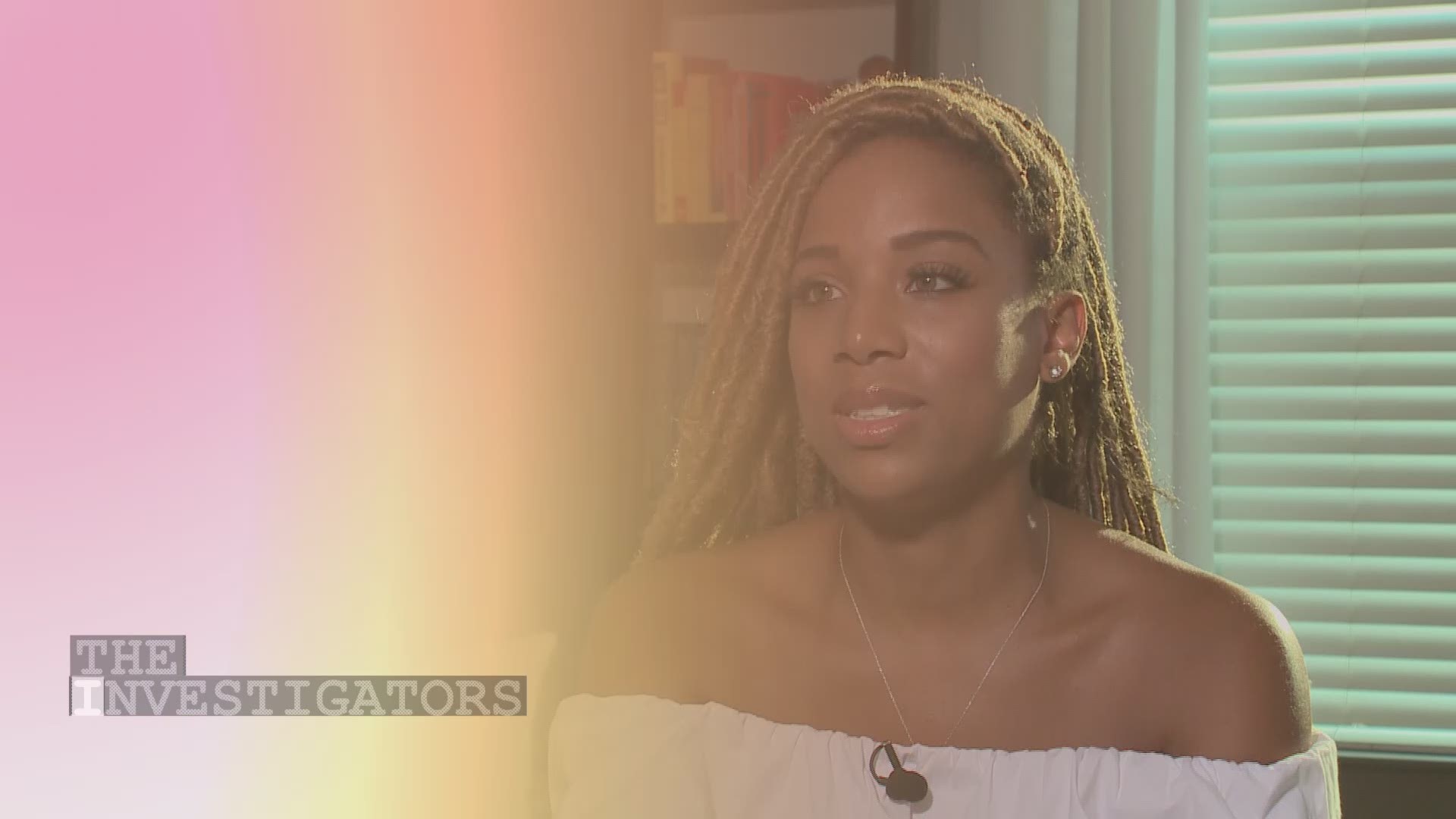 Before she disappeared, Adams told police that she was afraid for her life. And she told her sister if anything happened to her, "He did it."

Cook, now-51, was developed by police as the primary - and only - suspect as the case was investigated as a homicide from the beginning.

Cook was arrested in 2005 for violating the protection order and was charged with aggravated stalking. Cell phone records indicated that he called her 16 times the day she disappeared. However, he denied any involvement with her disappearance, during an interview with 11Alive in 2005.

Last year, with the case more than a decade old, Gwinnett County Police Sgt. John Richter told 11Alive the cold case was not dead. In fact, he had re-opened the case.

The veteran homicide detective was giving the case a fresh set of eyes and a large dose of sheer determination to solve it—re-interviewing witnesses and sifting through evidence that could lead him to her killer and an arrest.

And this week, Richter was able to establish probable cause for his prime suspect's arrest.

On Sept. 28, 2018, police obtained an arrest warrant for Cook, charging him with his ex-girlfriend's murder.

The Georgia State Patrol and Henry County Police, arrested Cook during a traffic stop on I-75 north in Henry County, and he was taken into custody without incident on Thursday, Oct. 4.

He was taken to the Gwinnett County Jail where he currently is being held without bond. He had his first appearance on Friday, Oct. 5.

Leslie is one of 30 bodies that have been found along I-85. Only about half of those bodies have been identified. Her case is the first with an arrest.

Gone Cold is an ongoing series, where 11Alive Digital Journalist Jessica Noll investigates some of the most infamous and lesser-known cold cases in Georgia. She's digging for answers for the still-grieving families who long for them, and for the victims who have never found their justice.

Jessica Noll is a multimedia journalist, who focuses on in-depth, investigative crime/justice reports for 11Alive's digital platforms. Follow her on Twitter @JNJournalist and like her on Facebook to keep up with her latest work. If you have a tip or story idea, email her at jnoll@11Alive.com or call, text at (404) 664-3634.