A spokesperson for the Department of Health and Human Services said it has no details on how it will recoup $121k sent to the closed Jamestown hospital. 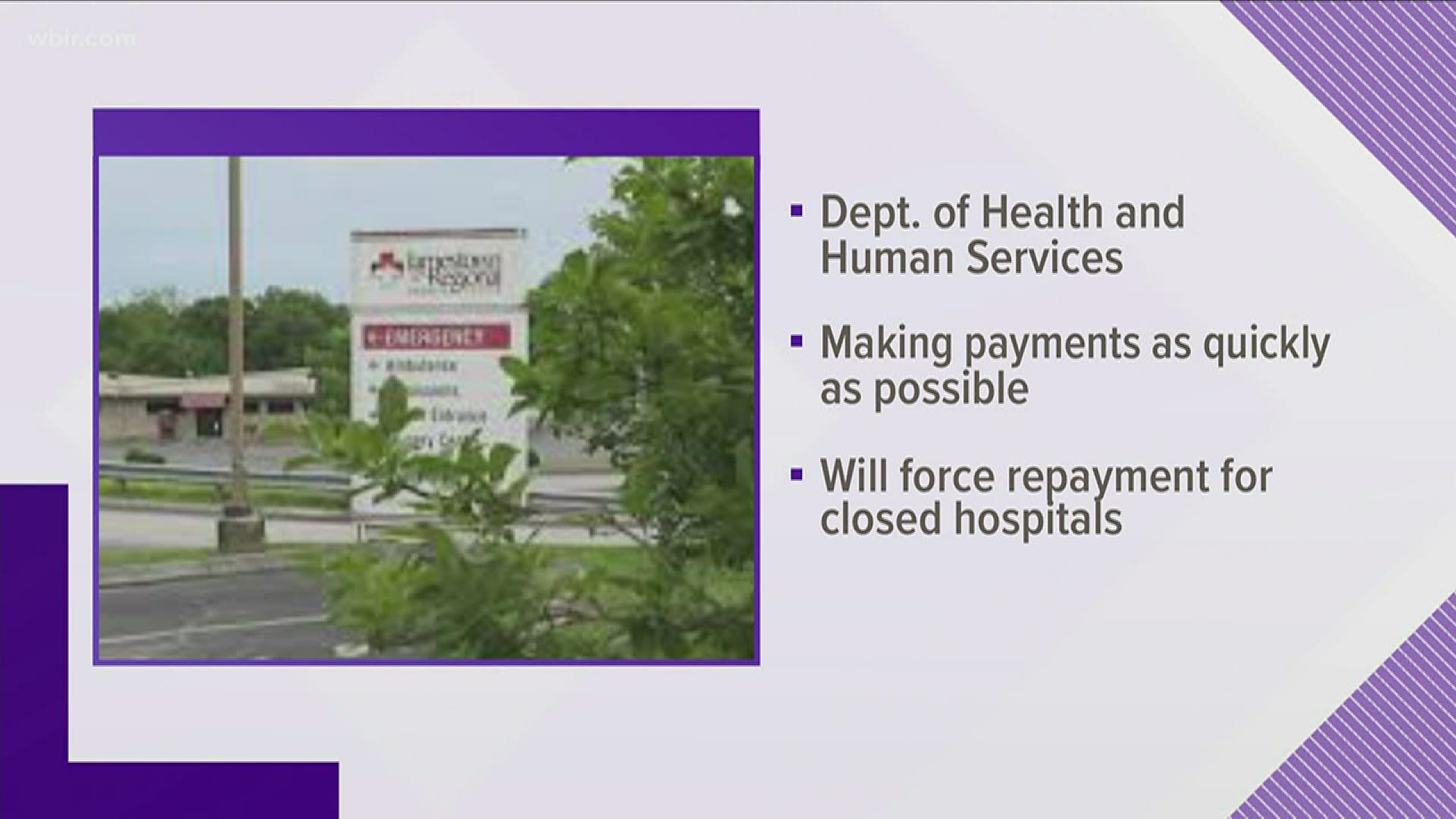 Two congressman and a United States senator have asked the Department of Health and Human Services how more than $121 thousand dollars was sent to a closed Jamestown hospital with a history of not paying taxes, after a WBIR report exposed the fund distribution.

"I was shocked to read a media report that Jamestown Hospital received $121,000 in COVID relief funding when, in fact, the hospital has been closed for nearly one year," Senator Marsha Blackburn (R-Tenn.) wrote to the HHS inspector general's office on Wednesday.

Blackburn requested a briefing by the department to explain why "hard-earned taxpayer dollars" were given to the shuttered Jamestown Regional Medical Center.

On Tuesday night, Congressman John Rose (R-Cookeville) wrote HHS Secretary Alex Azar, "It is inconceivable to me that a closed hospital would properly qualify for such funds."

Rose and Blackburn both cited WBIR's investigation Monday which uncovered the payment--and millions of dollars hospital company Rennova owes the IRS in back taxes.

"The allegations in WBIR's report are disturbing to say the least," wrote Rose, whose district includes Jamestown. He requested an immediate investigation into the payment.

"The terms and conditions associated with payment require that the recipient be able to certify that it provides or provided after Jan. 31, 2020, diagnoses, testing, or care for individuals with possible or actual cases of COVID-19," the spokesperson said. "Non-compliance with any term or condition is grounds for the Secretary to recoup some or all of the payments made."

RELATED: The Jamestown hospital got $121k in COVID-19 relief money. It's been closed almost a year.

RELATED: 'I just wanted to hit my knees and thank God' | She had a heart attack just before the hospital closed

In a statement on Tuesday, Congressman Tim Burchett added his voice to those questioning the payment.

"There has clearly been a mistake if an out-of-business hospital that's millions behind on federal taxes and hasn't paid its former employees was able to receive federal COVID-19 assistance," he said. "It's a shame this could happen."

Burchett also sent a letter on Wednesday to Azar asking for an explanation.

WBIR reached out to the hospital company Rennova for a response but has not heard back.

In financial filings, the company said it has received $7.4 million in federal grants for COVID-19 relief. WBIR found it owes more than $4.4 million in unpaid federal taxes for its hospital facilities in Onedia, Jellico and Jamestown.