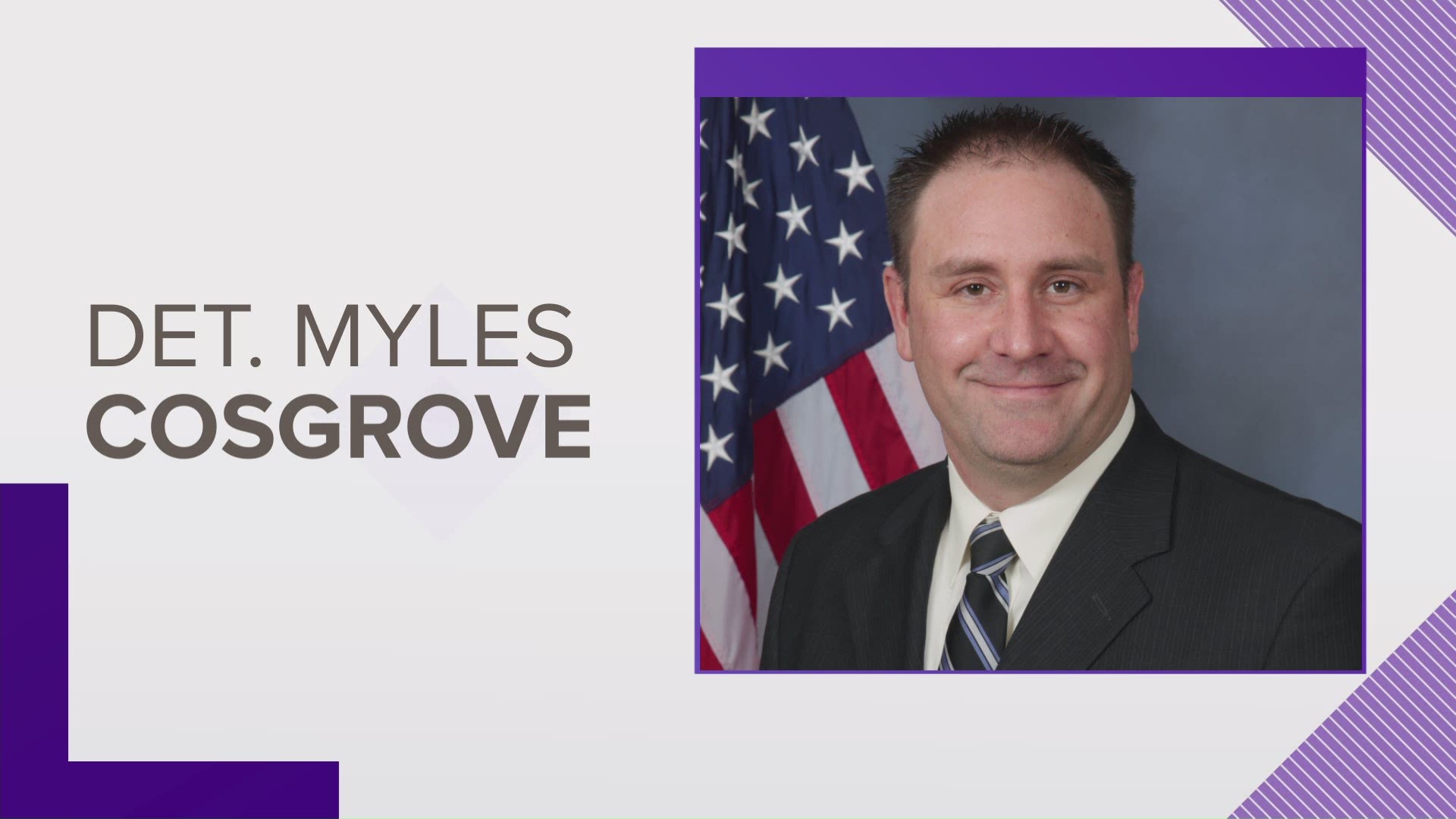 LOUISVILLE, Ky. — The family of a detective involved in the Breonna Taylor case has started a fundraiser to help him retire.

An attorney for LMPD Detective Myles Cosgrove confirmed that family members started a fundraiser for him on GiveSendGo.com. The page is seeking to raise $75,000 to help Cosgrove purchase the remainder of his service time and retire.

"As time has passed, as outrage has been made known, and as protests only continue to grow, it is our ongoing stance that creating a conversation which is both safe and rational is the only way to find a solution. We must create an atmosphere of progress for everyone," the post said. "However, amidst this conversation, safety has proven difficult to come by for Myles and his family and we are, at this point, emotionally concerned for all parties involved."

Cameron said both Cosgrove and Sgt. Jonathan Mattingly were justified in their use of force the night Taylor died, citing Mattingly being shot at by Taylor's boyfriend, Kenneth Walker.

Neither were indicted in the attorney general's case, with only former detective Brett Hankison facing three wanton endangerment charges after his shots went into a neighbor's apartment.

RELATED: 5 things we learned about the Breonna Taylor case from Daniel Cameron's announcement