Until Freedom, a social justice group is sponsoring 26 billboards in Louisville demanding the arrest of the LMPD officers who killed Breonna Taylor. 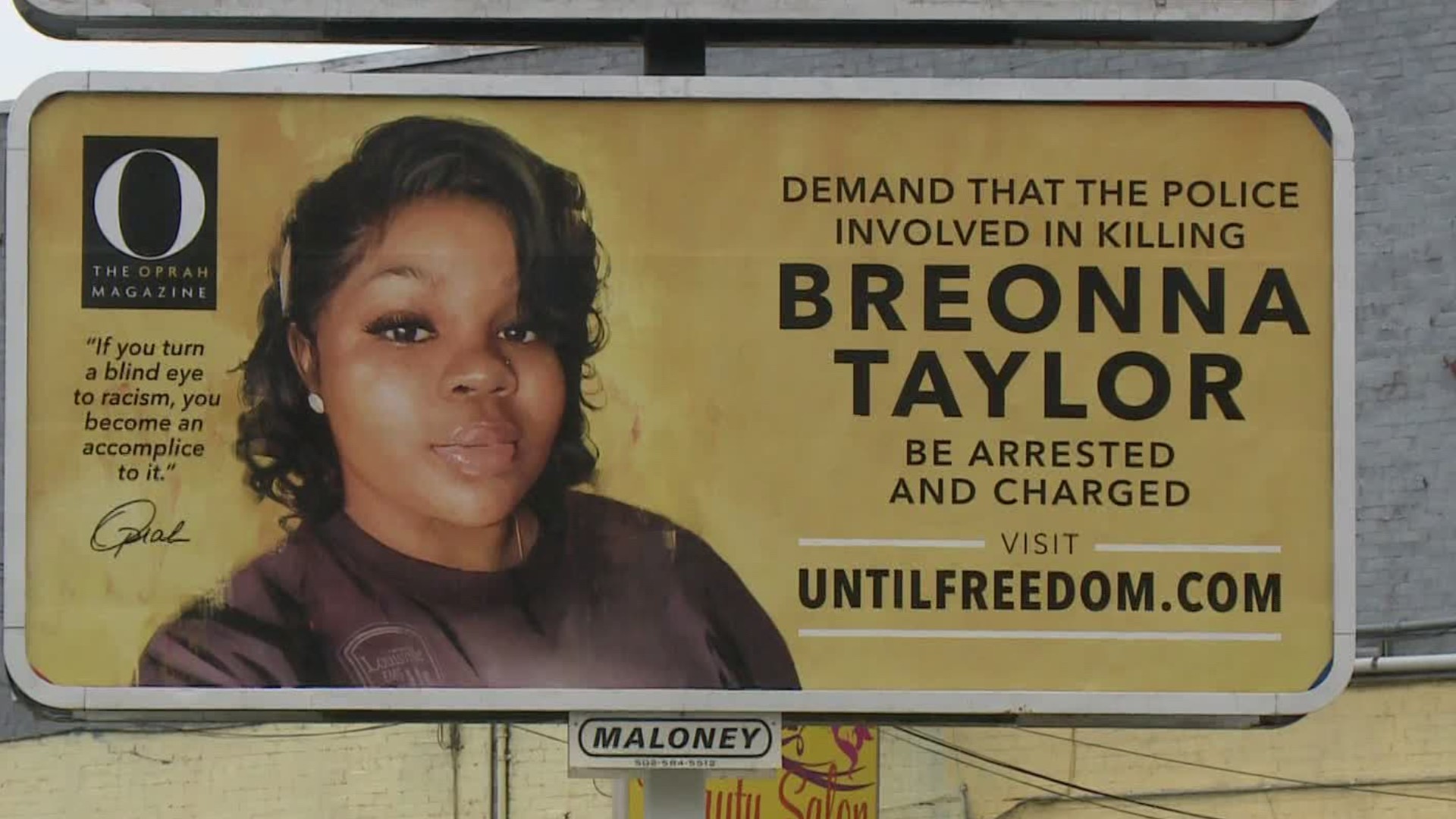 LOUISVILLE, Ky. — Oprah Winfrey and "O Magazine" are putting up 26 of billboards across Kentucky for every year Breonna Taylor was alive.

The billboards show the cover of "O Magazine" honoring Breonna Taylor's life and urge people to visit the website for the group Until Freedom.

The billboard says: "If you turn a blind eye to racism. you become an accomplice to it."

RELATED: 'She was just like me' | Breonna Taylor featured on cover of Oprah's magazine

The leaders of Until Freedom, who organized the protest at Daniel Cameron's east Louisville home, have recently moved down to Louisville from New York to raise awareness for systemic change in LMPD.